When you sit down on February 14 to watch a movie, either with a sweetheart or without, you could always reach for a swoony romantic movie or a hilarious rom-com. But if you really want to get the blood pumping through your heart, you should turn to a Valentine’s Day horror movie instead. In fact, science has shown that love and fear aren’t all that different biologically: they’re both ruled by the same hormone, oxytocin. (It’s the hormone that makes people feel bonded to each other, too, for all those out there in new relationships.)

And while any horror movie will do, to prove that you truly understand the assignment, you’ll pick a scary movie that has a specific connection to Valentine’s Day. While there aren’t a ton of them — and we don’t count movies that were just released on Valentine’s Day, like the excellent Silence of the Lambs or the super-fun Happy Death Day 2 U — there are still a few to choose from. They deal with themes of love, possession and obsession — as well as hearts, gore and blood (so much blood). Turn out the lights and pop one of these on.

The perfect V-Day slasher flick, My Bloody Valentine takes place in a mining town called Valentine Bluffs. Decades earlier, an accident in the tunnels caused a miner to go on a killing spree, saying he’d return to kill again if the town ever held a Valentine’s Day dance. The mayor thinks it’s a superstition and plans to revive the yearly celebration … and receives a human heart in a candy box as a result. Is it a hoax, or has the miner returned for revenge?

This Australian film doesn’t rely on gore or slashers, but has more of a moody and psychological horror to it. It takes place at a private school in the year 1900, and the headmistress decides to take a class of girls on a Valentine’s Day picnic. After an eerie afternoon, three of the girls and one teacher go missing. If you’d rather see the story unfold across six episodes, in 2018 Amazon made a TV series, starring Natalie Dormer and Samara Weaving, out of the same material.

Hulu’s Into the Dark series split the difference between film and TV, offering a different feature-length horror movie each month that it ran, each one tied to a different holiday. The Valentine’s Day 2020 installment follows a pop star, appropriately named Valentine, who had escaped from an abusive relationship with her manager, Royal. Things get intense when Royal shows up in her life again with his new artist-girlfriend, Trezzure — a carbon copy of Valentine in look and sound — and locks them all in a club together.

The fourth installment of the Child’s Play franchise is Valentine’s themed in name only — and that name is Tiffany Valentine, the one-time girlfriend of Charles Lee Ray, the serial killer whose spirit winds up possessing the Chucky doll. When Tiffany gets her own doll to inhabit, the two definitely cause mayhem (to put it lightly), and actress Jennifer Tilly strikes the right the horror-comedy tone.

RELATED: How to Watch the Child’s Play Movies in Order

Forget arrows — the killer in this slasher film wears a Cupid mask and carries a knife! Katherine Heigl, Denise Richards, Jessica Cauffiel, Jessica Capshaw and Marley Shelton star as former high school classmates who start receiving obscene Valentine’s Day cards — and subsequent visits from the mask-wearing killer. Could it be the boy they tormented in high school?

Time for another trip through the mines: This movie starts with the same premise as the 1981 version of My Bloody Valentine, but with different twists and turns along the way. When it was released in 2009, this movie was presented in 3D, in case you watch it and wonder why bits of bone and gore always seem to fly straight towards the center of the screen.

This 2019 Into the Dark episode is a holiday two-for-one, as it takes place over a long weekend that encompasses both Valentine’s Day and President’s Day. Two people get into an elevator, ready to leave an office for the long weekend — and the elevator gets stuck, leaving them stranded for up to 72 hours. The interactions between the two people start out flirty, but it starts to get ominous. Is there more to this situation than there seems?

This film has come out under numerous titles, including Hospital Massacre and Be My Valentine, or Else. It’s another tale of a spurned high-schooler who returns for revenge. This time, the killer lures his intended into the hospital and rigs it so she gets detained for observation, leading to a spree of killings throughout the hospital.

WATCH ON AMAZON WATCH ON PARAMOUNT+

While this movie doesn’t take place explicitly on February 14, it’s got Valentine’s vibes all over it. Even though The Love Witch was only made a few years ago, it wouldn’t look out of place in the ’60s, with its bright colors and retro fashions. It follows a witch named Elaine who, after the death of her husband, searches for a new lover. She seduces a string of men, but the romances never end well for them.

Again, this doesn’t have a specific Valentine connection, but everybody knows that nobody does smoldering horror-romance the way vampires do smoldering horror-romance. (See also: Interview With a Vampire, Bram Stoker’s Dracula, Twilight.) In this one, Tom Hiddleston and Tilda Swinton are Adam and Eve (get it?), two married, ultra-cool vampires who have been together for centuries. When Adam is hit with a bout of ennui, Eve’s sister re-enters their lives and starts to cause trouble.

Marisa LaScala
Parenting & Relationships Editor
Marisa LaScala covers all things parenting, from the postpartum period through empty nests, for GoodHousekeeping.com; she previously wrote about motherhood for Parents and Working Mother. 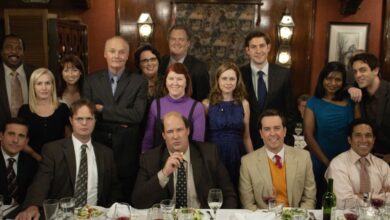 How to Dress Like Michael, Pam, Jim, Dwight This Halloween 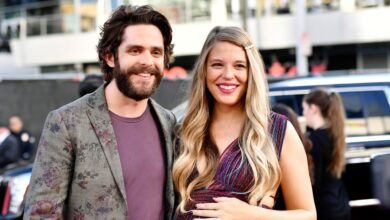 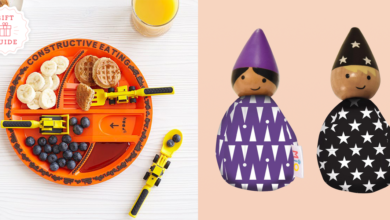