Whether you jumped on the Hamilton bandwagon years ago or just recently joined the Ham Fam when the hit Broadway musical dropped on Disney+ last year, by now you know what all the fuss is about. Maybe you’ve read every possible theory explaining why Eliza Hamilton gasps at the end of the show. Or maybe you’ve just been counting down the minutes until October arrives so that you can rock a Halloween costume inspired by the Tony award-winning cast’s inspired colonial-era costumes.

Whether you’re thinking about a group costume dressing up in the Schuyler sisters’ iconic ballgowns or you’re more into the idea your kid donning King George’s red robes and crown, there are enough characters for everyone in your family to pick their favorite. (Your dog can even get in on the action in a pet-friendly costume starring Alexander Hamilton’s blue jacket.)

From Maria Reynolds’s flame-colored dress to George Washington’s Revolutionary War uniform, there are so many ways to show off your obsession with Lin-Manuel Miranda’s hip-hop musical this Halloween. You can buy a costume from a number of talented Etsy creators or — if you waited until the last-minute — on Amazon. If you’re handy with a sewing needle, DIY a costume with leftover fabric and scour your local antique mall for authentic props. However you choose to pay homage to the musical starring the Founding Father and his crew on October 31, rest assured you won’t be throwing away your shot at Halloween fun.

What’s his name? Alexander Hamilton, thanks to this DIY ensemble from style blogger, author and history buff Jessica Quirk. Pairing exquisite details such as real metal buttons with everyday staples —like her son’s black rain boots — she put together an adorable look.

The gorgeous aqua dress is one that fits the theme perfectly and can be used way after Halloween for dress up fun. The back opens with a zipper, and there’s beautiful back bowed sash to complete the look.

When West Virginian sewing enthusiast Katy McKinley was asked to design an Angelica Schuyler ballgown replica for a local student, she almost panicked; she only had a basic knowledge of Hamilton. But with a little research — and Angelica’s signature determination — she put together this darling dress.

Get the tutorial at Wild + Wanderful »

If you’re working “Nonstop” and don’t have a spare moment to DIY your own costume, grab this ready-to-wear outfit — which includes jacket, pants and vest — to give Lin-Manuel Miranda a run for his money.

Willing to shell out a few extra dollars for a more authentic match to the Secretary of the Treasury’s get-up? This vest is custom-made with high-quality heavy canvas fabric and even includes space for a pocket watch.

For a moodier take on the Schuyler-turned-Hamilton sister’s look, don this lovely nightgown inspired by the piece Eliza wears for her melancholy ballad, “Burn.”

We can’t tell a lie: Your little tyke will look adorable in this presidential costume set.

Make sure your Thomas Jefferson doesn’t miss a thing this Halloween when he steps out in this elegant satin charmeuse jacket.

Get your whole family involved in the Hamilton theme this Hallow’s Eve — even your newborn — with this hilarious wig, coat and jacket combo. Made from soft anti-pill fleece, this costume will make your baby feel so cozy he’ll have a hard time staying awake for curtain call.

Turn heads at this Halloween as Hamilton‘s resident lady in red, Maria Reynolds, who seduces the Founding Father wearing a jaw-dropping gown.

Fido gets in on the fun, too, when he transforms into the famous Federalist in this velcro one-piece outfit.

Nintendo Direct: Breath of the Wild 2, Metroid Dread and everything announced at E3 2021 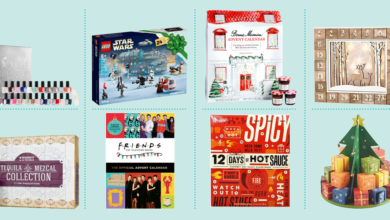 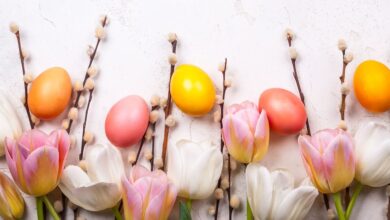 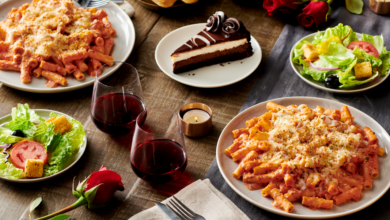 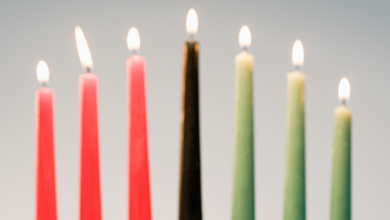 The Traditions Symbols & History Behind the Celebration