Thanksgiving isn’t only about the feast: While the turkey may be the star of the show, the holiday is also a special time to spend uninterrupted quality time with the people you’re most thankful for. While you can always play a fun evening full of kid-friendly crafts and party games, there’s nothing better than snuggling up and watching a Thanksgiving movie.

As soon as you scarf down your slice of pie, grab the remote and press play on any of these Thanksgiving movies on Disney+. They may be short on turkeys and cornucopias, but the main elements of the November holiday are front and center in all of these flicks — heading back to your hometown, watching football under the lights and enjoying a delicious meal with loved ones. There are so many different movies you can stream with your Disney+ subscription: classic cartoons (101 Dalmatians), comedies for all ages (Frozen), karaoke-worthy musicals (Hamilton) or heartwarming dramas (Remember the Titans). But if you can’t choose just one movie, break out your favorite movie-watching snacks (or really, another pumpkin pie) and watch a bunch in one sitting. That’s the best way to close out the day, don’t ya think?

Warm up your vocal cords because you’ll be tempted to sing along. Here, get a closer look at P. T. Barnum (Hugh Jackman) as he rises from nothing to create one of the most entertaining shows of all time, Barnum & Bailey Circus.

Sure, it may be classified as a Christmas movie, but Miracle on 34th Street is really about the power of believing — an important reminder well before December 25. A few of the movie’s biggest scenes even take place on Thanksgiving: In the film, a department store hires Kris Kringle (Edmund Gwenn) to take Santa’s spot during the Thanksgiving Parade — and then learns to accept that he’s the real deal.

Winter is coming, winter is coming! When Queen Elsa (Idina Menzel) accidentally turns Arendelle into an icy wonderland, her sister (Kristen Bell) and friends go on adventure to save her — and the place that they love so much.

When Kevin McCallister (Macaulay Culkin) is abandoned by his family, he must come up with ways to defend his home from a pair of burglars — a tar-covered staircase, a scalding hot door handle, to name a few. Maybe you should wait to watch this movie until after your guests leave just in case it gives your kids some ideas.

Stitch said it best: “Ohana means family. Family means no one gets left behind.” In this classic cartoon, Lilo (Daveigh Chase) learns the beauty of friendship — and family — after forming a bond with Stitch (Chris Sanders), a cute alien creature who escaped from another galaxy. An important reminder for us all!

Even if you’re stuffed, you’ll still enjoy looking at all of Remy’s (Patton Oswalt) homemade creations. Follow along as this ambitious little rat puts his culinary skills to the test with the help of young chef, Alfredo Linguini (Lou Romano).

If you’re looking for a good laugh, The Emperor’s New Groove is your best bet. It follows the story of Emperor Kuzco (David Spade), who is turned into a llama by Yzma (Eartha Kitt), his former advisor who wants to steal his throne. It’s all fun and games until Kuzco asks Pacha (John Goodman) to help him reclaim his spot.

Good meets evil (okay, the Disney kind) in this family-friendly classic. Woody (Tom Hanks) and Buzz Lightyear (Tim Allen) may be complete opposites, but they prove that they’ll do whatever it takes to reunite with their rightful owner after he moves to a new home.

If you’re going to watch the first one, you might as well follow it up with Toy Story 2. This time, the toys have a different mission: When a toy collector (Wayne Knight) steals Woody away, Buzz Lightyear and the others try to save him before it’s too late.

If you recently watched Cruella, then take a moment to go back to the beginning. In many ways, the live-action take is a prequel to the cartoon classic: Here, we see what happens whens Cruella de Vil kidnaps the Dalmatians with the intention to turn them into fur coats.

Some may argue that the 1961 version is better, but we still find the remake incredibly sweet. The cult-favorite film introduces us to Annie and Hallie (both played by Lindsay Lohan), who come up with a clever plan to get their separated parents back together.

Because Thanksgiving and football go hand-in-hand. On and off the field, a Virginia high school football team faces their biggest challenge yet: The local school board calls on two segregated teams to work together for the 1971 season, ultimately changing the future of football forever.

The Chronicles of Narnia: The Lion, The Witch and The Wardrobe (2005)

Based on the 1950 novel, this film follows four siblings (William Moseley, Anna Popplewell, Skandar Keynes and Georgie Henley) after they enter a wardrobe that takes them to the wild and wonderful world of Narnia.

A few days after the Severs drop their furry family members at a friend’s ranch, the three animals embark on an adventure. Their destination: home sweet home.

Instagram’s improved search could help close the gap with TikTok 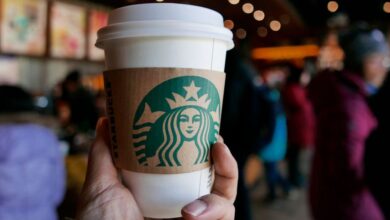 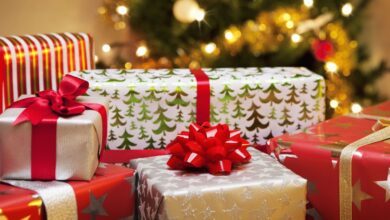 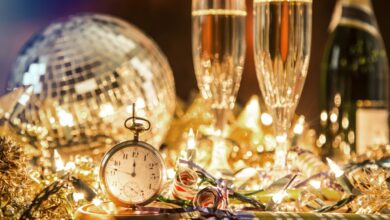 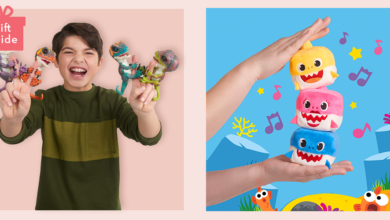