Plant-based alternatives to cow’s milk have been a thing for a while now, and the benefit of this trend is that there’s something for everyone. Whether you’re lactose-free, vegan, or have an allergy, grocery stores definitely have something to suit your needs. But how are you supposed to navigate the growing non-dairy aisle? And are these milk alternatives any healthier than cow’s milk?

When it comes to nutrients, commercially available versions of nut, seed, and legume-based milks contain varying amounts of protein and fiber (usually 1-4g each per 1-cup serving) since they’re made by blending the predominant ingredient with water. They can contain around 100 calories or less depending on the ratio.

Consuming fewer calories can be a good thing if you’re guzzling iced coffee with unsweetened almond milk all day, but may be less desirable if you’re looking for a nutritious addition to your morning bowl of steel-cut oats. Many of these alternative milks also cost more than dairy milk, but they may be worth the spend depending on how often and where you’re using them.

As a registered dietitian, my main piece of advice is this: Don’t be swayed by trendy marketing claims on packaging. Depending on the brand and type, these milk substitutes can be sneaky sources of added sugar, so it’s crucial to check labels before you swap out a dairy-based option for a plant-based one.

What to look for in alternative milks:

The best milk alternatives are typically unsweetened soy or pea-based blends (yep, you read that right!) that are fortified with calcium and vitamin D. These two nutrients are better absorbed when consumed together and are beneficial for strong bones, hormone regulation, and general immunity — especially for your little ones. If you’re adhering to a vegan diet, you’ll want to look for blends that have vitamin B12, vitamin A, and DHA/EPA omega-3’s, as well. Be sure to skip “barista blend” milk alternatives. They’re better for frothing but often come with loads of added sugar. Instead, spice up a hot beverage with vanilla, clove, or a cinnamon stick.

By the way: There’s an ongoing controversy about the labeling of plant-based milks. Basically, the dairy industry feels that the term “milk” should be only used for products that come from cows, while the companies that produce these products disagree. For example, the Plant-Based Food Association says that consumers aren’t confused, that they prefer the term “milk” over “beverage” or “drink,” and that they understand that, say, almond milk comes from almonds, not from a cow. In January 2020, a group of senators from dairy-producing states called on the FDA to prevent plant-based products from being labeled milk, yogurt, or cheese. But for now, the issue remains in limbo with the FDA. And companies are still free to call these beverages “milk.”

Keep reading to get the low-down on the best cow’s milk alternatives you can buy (and order):

Arguably the first milk substitute (and the most nutritionally similar to dairy milk), unsweetened soy packs about 80 calories per cup with 8g plant-based protein from soybeans. Soy milk is made by soaking and blending these little beans and straining out the leftover pulp before consuming. Filled with antioxidants and fiber, soy alternatives are often super nutritious and provide key polyunsaturated fats.

A new kid on the block in the world of plant-based milks, pea milk is made from pea protein isolate, water, and other emulsifiers like algal oil, sunflower oil, and guar and gellan gums. It’s as creamy as soy with a slightly less nutty taste for 70 calories per cup. The use of algal oil provides DHA, a key omega-3 fatty acid that’s linked to immunity, heart health, and cognition. The unsweetened versions pack up to 8g protein from a nutrient-dense source.

Coconut milk is made from water and coconut cream (VitaCoco‘s uses coconut water, too), so it has a tropical taste compared to other plant-based milks. Nutritionally, coconut milk is higher in fat and lower in carbohydrates than nut- or grain-based milks. Most of the calories come from saturated fat — just one cup has up to 4g, which is 20% of your daily value. That said, the creamy consistency and fat content help boost satiety, so you’re likely to use less of it — especially if you’re adding it to coffee and tea.

The trendiest blend of the bunch, oat milk is a creamy, lightly flavored addition to coffee, tea, cereal, or a homemade smoothie. It contains added fiber, which may make it more filling than other alternative milks, according to early research. That said, oat milk is lower in protein than non-fat cow’s milk or soy-based versions (2-4g versus 8g per cup). It also has slightly more calories than unsweetened almond milk, which can add up if you swig it frequently.

Most commercial almond milks range between 35-90 calories per cup and there are loads of blends and unsweetened versions to choose from. They’re mostly made from almonds and water, plus other emulsifiers and fortifying nutrients. The lower-cal versions give you about 1g each of protein and fiber per serving (though Elmhurst‘s blend is about 5g protein). The low protein content is something to keep in mind if you’re using almond milk as a dairy swap in homemade smoothies — you may want to pump up the protein by adding nut butter or chopped nuts.

Cashew milk is particularly tasty in tea or homemade tea lattes. Try it with matcha for a little midday boost of L-theanine, a compound found in matcha which is linked to cognition and focus. Cashew milk is made the same way as almond (soaking, blending with water, and straining) and is similar in nutritional composition, ranging from around 40-50 calories per cup. Cashews themselves provide zinc, copper, and magnesium, which help support your immune system. The real difference between cashew and almond milk? The flavor! Go with whichever you prefer, so long as you’re choosing an unsweetened version.

Peanuts are like the crown jewel of foods, since they’re good for both you and the planet. They have a similar taste and nutrient profile as tree nuts (almonds, walnuts, cashews, and hazelnuts), but these legumes actually grow underground and use way less water. The best thing about peanut-based products is they’re often more cost-effective than other dairy alternatives and are higher in protein (plus, they have a creamy taste and texture). Peanut milk is hard to find, but there are tons of recipes online if you’d like to DIY!

At 70 calories per cup, flax milk contains a little more than meets the eye. Most store-bought versions are made from a combination of water, flaxseed oil, and pea protein, which makes it similar in nutrient composition to pea milk. The alpha-linolenic acid found in flax also helps support immunity and has been linked to reducing the risk of heart disease.

Out of all of the hemp products currently on the market, hemp milk is a solid choice from a nutritional POV. It’s made by blending hulled hemp seeds with water, and packs magnesium, calcium, and vitamin D, depending on fortification. You’ll also get omega-3 and omega-6 fatty acids — essential nutrients for your immune system and cognition — plus about 3g of protein at 60 calories per cup. However, there’s very little fiber in hemp milk compared to ones made from other seeds. The main objection to hemp milk is the taste: Its ultra-nutty flavor can be bitter to some, especially if you’re used to the sweeter notes of other plant-based alternatives.

Rice milk is made by blending rice with water. It’s often lower in calories than other milk alternatives in its unsweetened form, but since the flavor is very mild, most versions contain added sugar. You may be better off with an alternative grain blend unless you’re avoiding nuts, seeds, or legumes because of an allergy.

Walnut milk is a top pick if you’re looking to boost your intake of plant-based omega-3’s (though keep in mind you don’t get as much as you would by actually snacking on the nuts themselves). It tastes a little more earthy than other types of milks and packs 3g of plant-based protein for 120 calories. Use it in tea or coffee to shake up your morning routine, or in smoothies to balance out sweet-tasting fruits.

Fans of this milk say it’s creamier than some other plant-based milks—making it a nice add-on for coffee drinks. The unsweetened type has 40 cals in 8 ounces, 3.5g fat, 100mg sodium, no fiber or sugar, and 1g protein.

Pistachio milk may be harder to find than other plant-based types. Fans of this nut milk like its creaminess and the fact that you can froth it for lattes. One brand is made by Three Trees (it also contains almonds); it’s higher in calories and fat than many other nut milks (100 calories and 8g fat per cup), but it’s also higher in protein (4g) and fiber (2g). A cup has 50mg sodium and 1g sugar. Another brand of pistachio milk, Tache (which doesn’t contain almonds), has 50 cals per cup and 3.5g fat.

Unsweetened varieties of hazelnut milk have about 30 calories per cup, with 3g fat, 90mg sodium, 1g each of fiber and protein. Its distinctive taste is slightly sweet and nutty. Hazelnuts themselves are a good source of antioxidants and heart-healthy omega-3s—but of course, in milk form those nutrients are, well, watered down.

The nut milk company Malk Organics, which makes a pricey but delicious almond milk and other nut milks, has an organic Pecan-Maple Malk made from sprouted pecans, maple syrup, and a bit of vanilla. It’s more of a treat than other plant-based milks: A cup has 140 calories, 11g fat, 6 g sugar, 75mg sodium, 2g protein, and no fiber. It would probably taste great in coffee and turn a bowl of cereal into dessert—but keep in mind that it will boost the overall calories and sugar. Right now, it’s not available online; check out the website for stores that carry it.

This is a nut-free option with no added sugar — bananas bring their own sweetness (though 4g worth of natural sugar per cup, so keep that in mind). The milk has a distinctive flavor, and makes a creamy base for smoothies. A cup of Mooala’s Original Bananamilk has 60 calories, 3g fat, 15 mg sodium (lower than many other plant milks), 1g each of fiber and protein.

Jaclyn London, MS, RD, CDN
A registered dietitian with a Bachelor of Arts degree from Northwestern University and a Master of Science degree in Clinical Nutrition from New York University, Jaclyn “Jackie” London handled all of Good Housekeeping’s nutrition-related content, testing, and evaluation from 2014 to 2019. 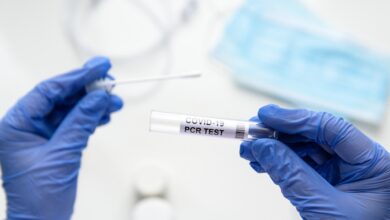 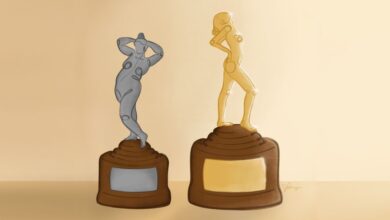 What Is Thin Privilege? The Real Meaning and Who Has It