The parade’s been watched. Football is over. Your Thanksgiving dinner has been made and devoured. The Thanksgiving desserts have been polished off. And yet, there’s still so much family time to fill. As the holiday winds down, what do you do?

As always, Netflix to the rescue. Watching a streaming Thanksgiving movie on Netflix is easy: You can find something the whole family will agree on, just hit play and then sit on the couch and veg out. There’s nothing to clean afterward. There are no board game pieces or electronic toys to set up. You might actually get a minute to relax.

These are our favorite Thanksgiving-related movies and TV shows on Netflix. Some are movies that are actually about the holiday (some geared toward families, others for the adults). Others feature memorable scenes around the holiday table — or any table at all. Some just feel at home during this time of year, when everything has that autumnal feel. And then there are movies and shows about food: cooking food, eating food, baking food and learning all about where food comes from and why it tastes good. They’ll get you inspired for your next big holiday meal!

Now here’s something you can watch with the entire family! In this show, two puppet friends (and their occasional bud, Michelle Obama) travel the world learning about food and cooking. There are episodes dedicated to many thinks you can find on a Thanksgiving table, including potatoes, corn, mushrooms, herbs and spices and salt.

RELATED: The Best Thanksgiving Movies to Watch After the Pie’s Been Served

If you’re having a hard time with the idea of bringing a romantic interest home to meet your family, Sloane (Emma Roberts) can relate. To avoid the meddling questions from her family, she strikes up an agreement with Jackson (Luke Bracey) to be each other’s platonic holiday dates for an entire year. But could an arrangement like that truly last?

Just because Friendsgiving doesn’t include family members, it doesn’t mean they’re not complicated. In this movie, plans for a low-key holiday among two friends take a turn when more and more guests show up.

Everyone knows that leftovers are the best part of Thanksgiving. In this competition series, clever cooks are tasked with transforming old leftovers into new dishes. In the third episode, they have to use holiday ingredients like glazed ham, apple pie and green bean casserole, so you might be able to get some pointers.

PBS has made it a tradition to air a new chapter in the Anne of Green Gables story on Thanksgiving, making Anne synonymous with the holiday. While the PBS specials aren’t streaming on Netflix, this acclaimed series, which ran for three seasons, can keep the custom going.

Of course, any episode The Great British Baking Show would seem appropriate, but if whipping up Thanksgiving treats has whetted the family’s appetite for homey culinary creations, they’ll love these special, holiday-themed episodes.

This warm romcom gives you all the homey, cozy feelings you want on Thanksgiving. Set during World War II, it follows a London-based writer who ingratiates herself with a community on a channel island after she learns about their book club.

No, the title isn’t a comment on how your Thanksgiving meal turned out. Instead, in this series, chef David Chang travels around delving into the history and culture behind certain dishes. The third episode of the first season focuses on Thanksgiving feasts.

Did your Thanksgiving creations not turn out the way you planned? You’ll feel better when you watch this show, where amateur bakers try to make complicated culinary delights for the holidays.

If you’re looking to up your cooking game, this four-episode docuseries follows food writer Samin Nosrat as she delves into four components of a balanced dish. Each episode takes on one element, and she travels to Italy to explore fat, Japan for salt, Mexico for acid and California for heat.

If you think sharing the kitchen with your family was tough, imagine if there were a big prize on the line? In this series, teams of three family members compete in a series of challenges, hoping to advance on to the next episode. It’s fun to watch and predict how your family would’ve fared.

If you don’t want to commit to a whole movie, dip into the Thanksgiving episode of Fuller House (season 2, episode 6). In it, the Tanner clan reunites — except Michelle, of course — and has to re-learn how to all coexist under one roof. It might sound eerily familiar.

While the Gilmore Girls episode “A Deep-Fried Korean Thanksgiving” always deserves a re-watch, when you’re done with that you can move onto the last installment of this four-part mini-series. This puts a button on the whole Gilmore Girls journey, and also feels perfectly in tune with the season.

Writer Lena Waithe won an Emmy award for writing the “Thanksgiving” episode of this comedy series, which is the eighth episode in the second season. It tells the story of Waithe’s character’s coming out over a series of Thanksgiving dinners from the ’90s to the present.

Based on a play by Tracy Letts, August: Osage County features a stacked cast that includes Julia Roberts, Meryl Streep, Ewan McGregor, Benedict Cumberbatch, Margo Martindale and Chris Cooper, among others. We can’t say it’s a happy family reunion (or even specifically a Thanksgiving one, though there is a big meal with a cracker of an around-the-table scene), but there’s lots of acting chops on display.

Though this isn’t explicitly about Thanksgiving, it’s got all of the Thanksgiving elements, namely family, food — and football. Bradley Cooper plays a man recently released from psychiatric care who forges an unlikely friendship with a young widow. She promises to help him out if he partners with her for a ballroom dance competition, which puts her at odds with his superstitious family of bookmakers.

Aka, all the things you do during Thanksgiving. Based on the memoir by Elizabeth Gilbert, this movie stars Julia Roberts as a woman who goes on a journey of self-discovery through Italy, India and Indonesia. (We especially recommend the eating part.)

If you thought your Thanksgiving guests had awkward histories together, in Spike Lee’s She’s Gotta Have It, a Brooklyn artist is dating three men at the same time — and invites them all over for the big feast. Netflix also has a newer series based on the movie.

The turkey’s done, the pie is eaten and it’s on to the next holiday! In this show, competitive bakers put their skills to the test making over-the-top Christmas sweets.

If you’re spending the holidays with your devoted sister, what better movie to watch? This classic Christmas film is the best way to kick off the official start to the holiday season.

Nordstrom Canada Anniversary Sale 2021: How to Shop Like a Pro 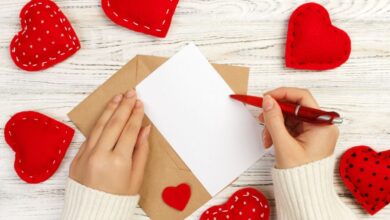 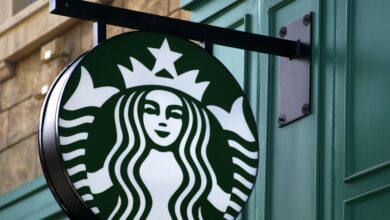 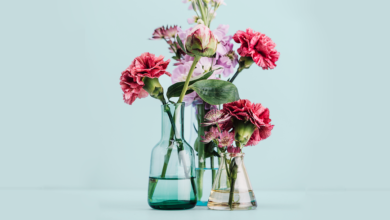