The North-East is a gem! Hidden away from the regular touristy crowd, all seven states offer raw scenic beauty beyond imagination. Famous American poet Maya Angelou rightly said, ‘Life is not measured by the number of breaths we take, but by the moments that take our breath away.’ And the state of Arunachal Pradesh is filled with such scenes, which not only take your breath away, but fills your lungs with pristine, crisp mountain air at the same time. We were invited for the first ever 2021 Trans Arunachal Drive, organised by the Ministry of Tourism, Arunachal Pradesh, in partnership with Mahindra Adventure and JK Tyre and it was a drive that added wonderful colour, beautiful new memories and years to our lives.

It was around afternoon that we landed at the Dibrugarh airport in Assam. As soon as we got out of the terminal with our luggage, we could distinctly stickered Mahindra Scorpios which were a part of the Mahindra Adventure fleet, along with the welcoming team. With necessary permissions taken (No thanks to COVID-19), we set out towards Namsai, a small town in Arunachal Pradesh, and from there we would head further eastwards, exploring a part of Arunachal, which is free from the regular tourist crowds. 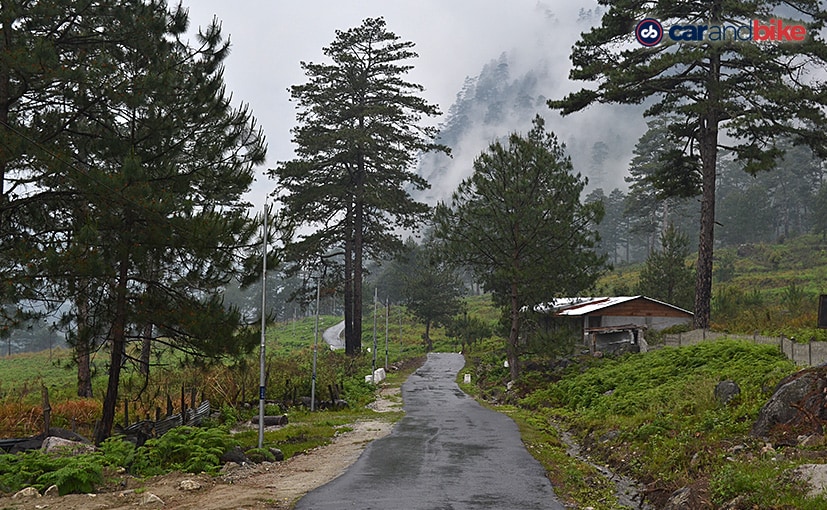 (Picture perfect for quoting Robert Frost – “The woods are lovely, dark and deep,but I have promises to keep, and miles to go before I sleep”)

As we drove towards Namsai, we couldn’t help but be awed by the greenery that Assam and Arunachal had to offer. The beautifully laid tarmac had acres after acres of tea plantations on either side, making for a lovely drive. It took us about 5 hours to reach our hotel. Once reached, we freshened up and made our way to dinner where we met other participants and the organisers gave us final instructions and tips for the drive that was to last a week. 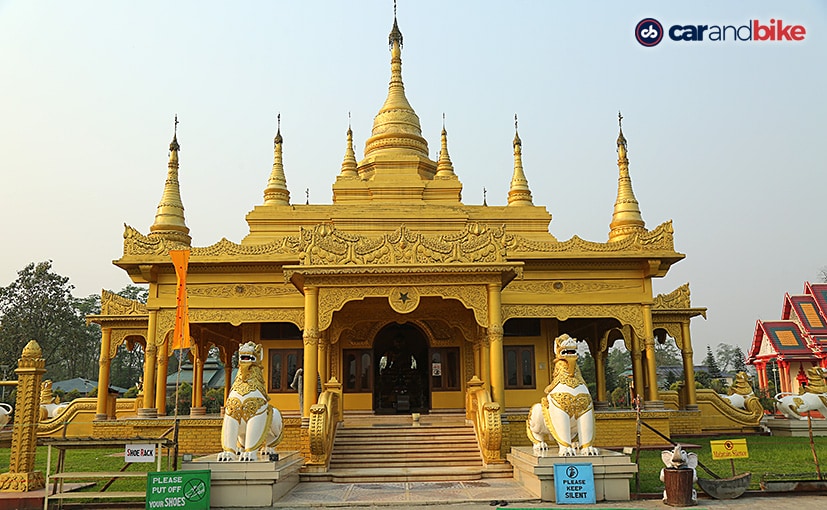 (The Golden Pagoda at Namsai, is a Burmese style Buddhist temple, from where our drive was flagged off)

Our Arunachal Drive started on the second day in the right earnest. We were given the keys to a Mahindra Thar, a diesel automatic, and that proved to be our second home for the next few days, only because we spent a lot of time driving the SUV. The 2021 Trans Arunachal Drive had a convoy of close to 25 cars with around 70 odd participants. Our drive was flagged off by the Chief Minister of Arunachal Pradesh, Pema Khandu, from the Golden Pagoda, a Burmese-style Buddhist temple in the Namsai district. 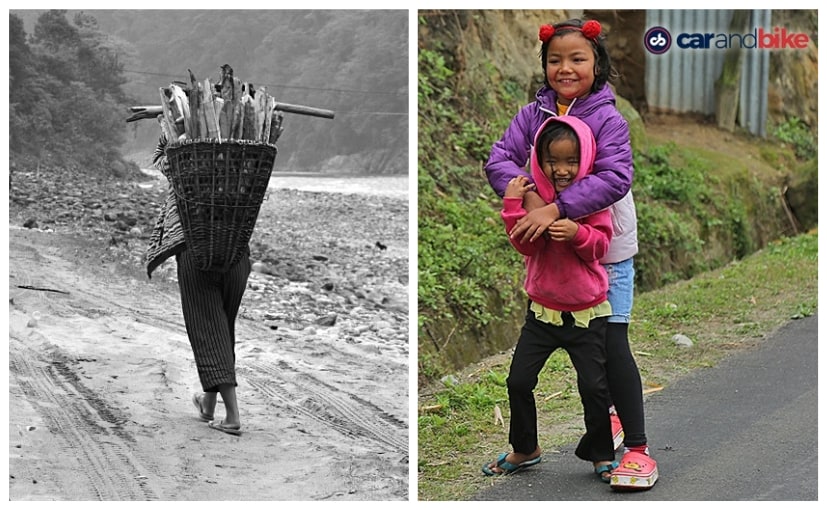 (The people of Arunachal have the warmest, most welcoming hearts! And at the same time, they are hard-working too)

The architecture is slightly different from other Buddhist temples that you would normally see in India. The main draw was prayer hall and an enthralling dance performance from the local community. Post that, we started driving in the direction of Hayuliang and Kibithoo, the eastern-most part of not just Arunachal but also the mainland of the country. 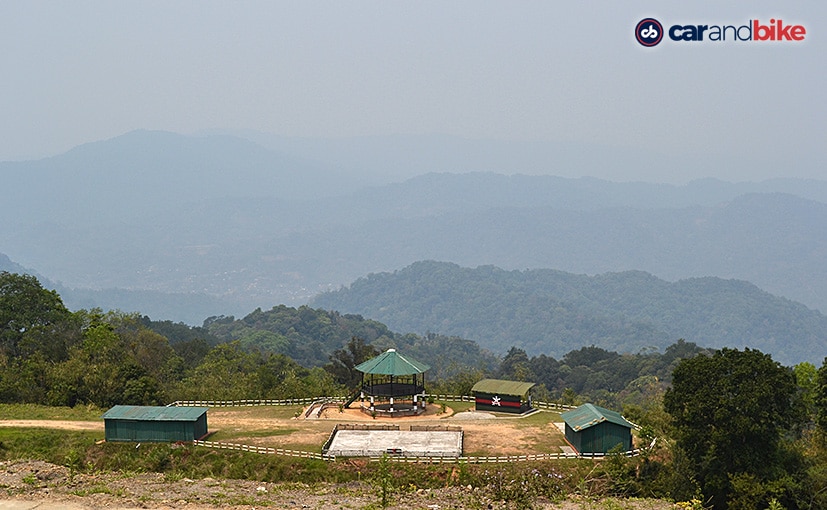 (What you see in the distance, is the country of Myanmar)

Our day started off with the most sumptuous local breakfast, which consisted of ‘laal saah’ or red tea, local bread made from Ragi flour and scrambled eggs. Nutritious and filling, at the same time, we gobbled up our first meal of the day, eager to drive the Thar, over some really unforgiving terrain and some fantastic tarmac. At least, that’s what we were told. 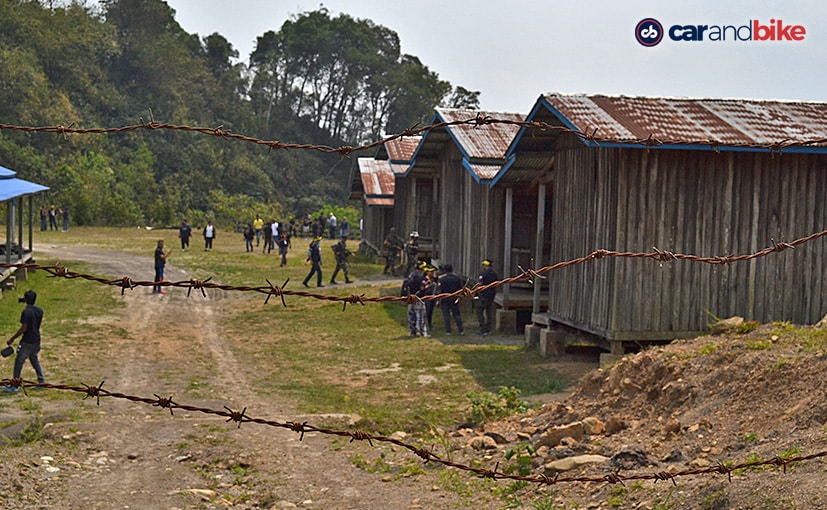 (On the other side of the fence, is Myanmar. The Pangsau Pass also serves as a place where weekly markets or ‘haats’ are set up for civilians on either side of the border )

Lo and behold! That’s precisely what happened. Our drive for the day consisted of some beautiful, well-laid tarmac and hilly roads on our way to Pangsau Pass, which forms the border of India and Myanmar. The pass is situated at an altitude of 3,727 feet or 1,136 metres. Once a week, a market gathering or a ‘haat’ is organised at the border and people from either side come together to trade in spices, clothes, jewellery and other merchandise. 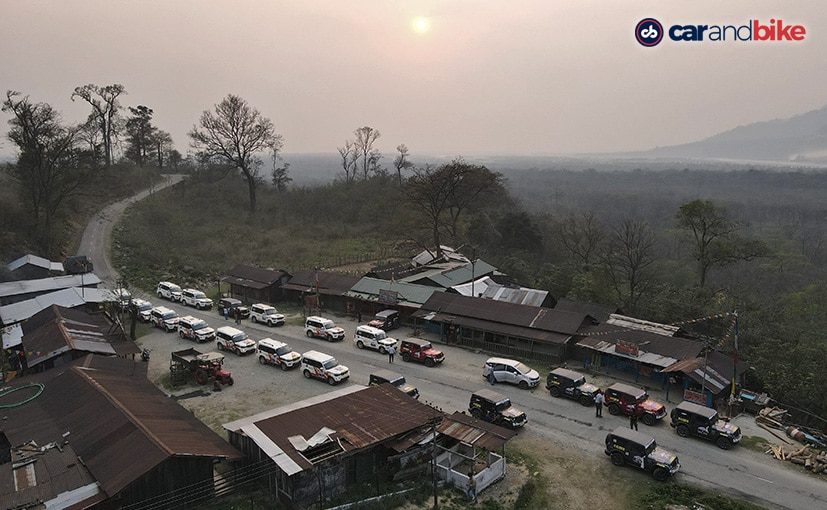 (A bird’s eye view of our lunch stop at Parshuram Kund, a holy site in Eastern Arunachal)

In fact, the border is open, so we did actually, stepped over to the other side and ticked off a new country from our bucket list. Small pleasures, you see! After a session of photography, we headed back to the hotel for a night of local dinner and drinks. 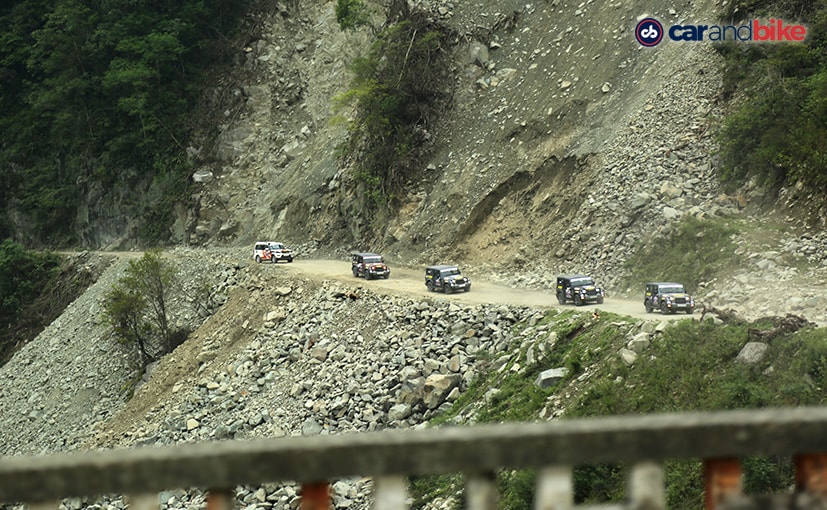 (For most parts, the roads in Eastern Arunachal look like this. But that is where the Mahindra Thar and even the Scorpio come into their own element)

The fourth day saw us driving to Hayuliang and we started off with lovely roads to begin with. And then, in the proverbial blink of an eye, the tarmac gave way to an excuse of a dirt road. As Mahindra always says, ‘Thar hates tar’, our diesel automatic Thar couldn’t give two hoots about the roads turning from bad to non-existent. It ploughed through the very worst with consummate ease and we didn’t even to make an effort to guide it over mud, slush, rocks and what not. 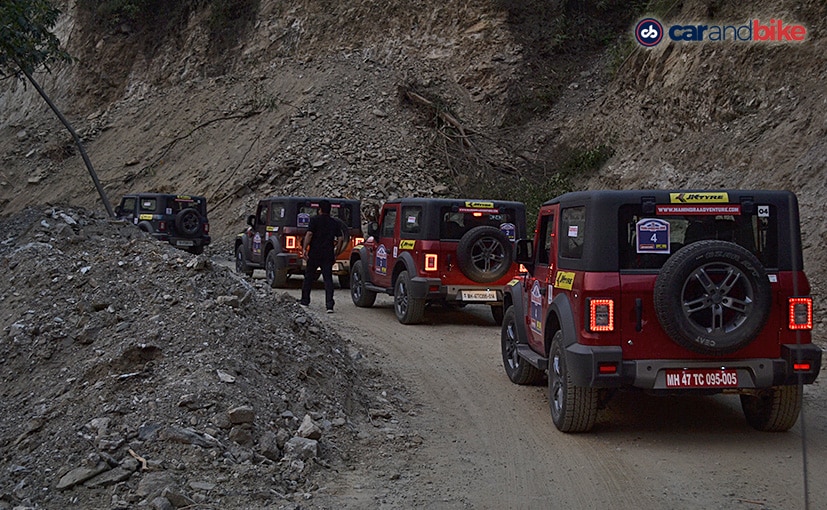 (A convoy of Mahindra Thars, waiting for the road to be cleared of landslide debris)

As the road got tougher, the scenery got prettier. Lush green hills, warm, friendly faces of the locals and the convoy snaking up switchbacks one after the other, painted a rather pretty picture. 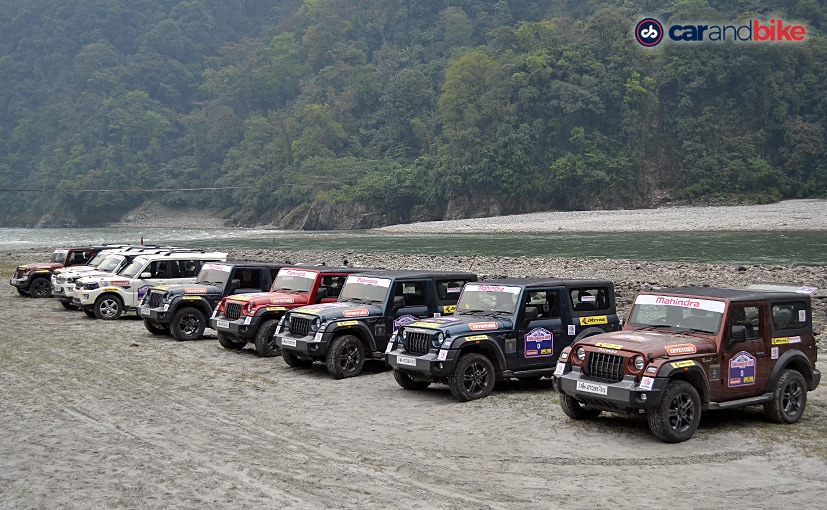 Now that’s a parking spot worthy of a photograph! Right on the banks of the Lohit River, in Hayuliang

The drive was long but scenic to say the least and it turned dark before we reached our camping spot for the night. Yes! We camped right next to the Lohit River, with the tents pitched right on the banks. The river was literally a stone’s throw away. The forward party had already arranged for a scrumptious dinner and it was heartening to see everyone celebrate the day’s drive with karaoke singing session and delicious starters. 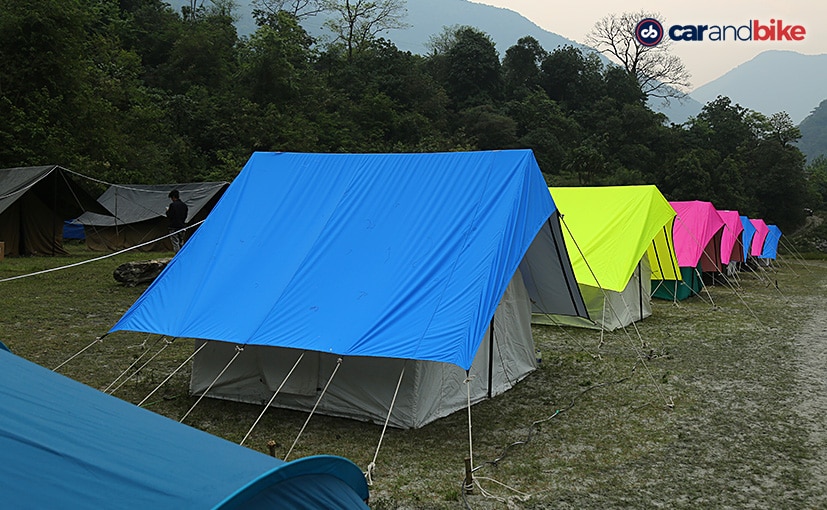 (Our stay on the banks of the Lohit was organised in these cute tents. Basic, but comfy)

The next morning was one of those where we had a pleasant surprise in store for us. It was misty and since we had a late start to the day, we went to the river bed and got some fantastic photographs of the Mahindra Thar along with some video. The Lohit River along with the green mountains made for a beautiful backdrop. Plus, our lead car driver, rally legend Hari Singh, put on a show with the new Thar, doing donuts on the sand, giving us some lovely photo ops. 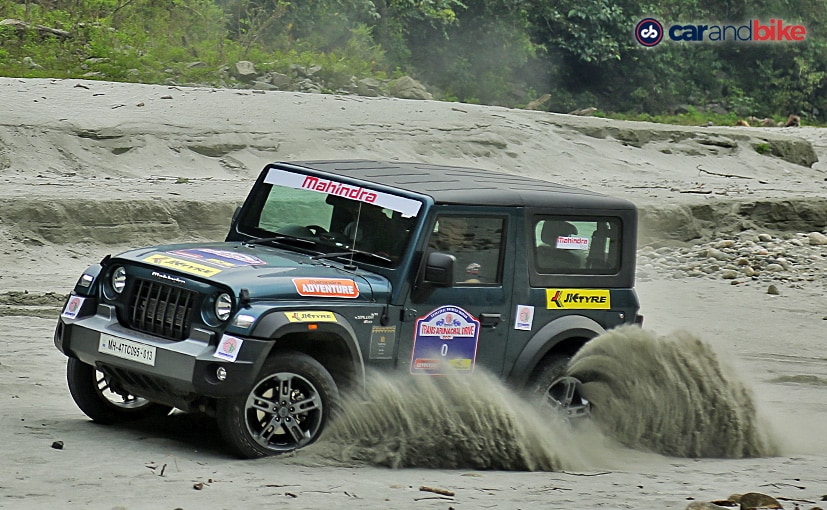 Post shenanigans, we packed up and made our way to Kaho, in Anjaw district, which is the easternmost village of India, a small settlement on the Indo-China border. The drive to Kaho, again, was one of those moments, which took your breath away! 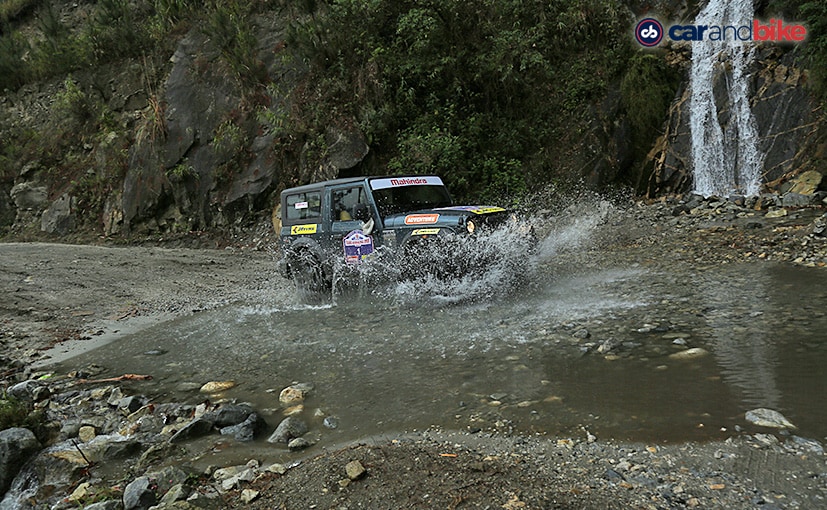 (One can’t help but splash water, the moment one sees a small ‘nallah’ like this)

Tall, green peaks, fantastic roads and fresh mountain air, the whole works. It just nourishes your soul and makes you want to leave behind all your worries. The village offers a scenic view of the Lohit River and the valley along with a glimpse of the Chinese border. 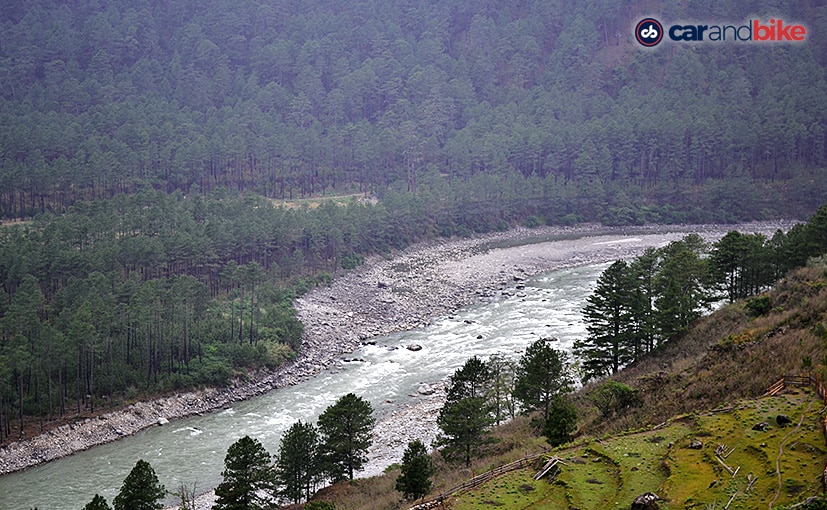 (A majestic view of the Lohit River, which flows in to China from Kaho, the eastern-most village in India, right on the Indo-China border)

On day 6, we had to drive back to Hayuliang and stay at the same river campsite as before. The access to the banks of the river was quite challenging in the first place and it became even trickier with torrential downpour throughout the night. But once all of us got settled, it was time for some piping hot tea, pakoras and even more karaoke singing sessions. All in all, it was a night of bonding and camaraderie. 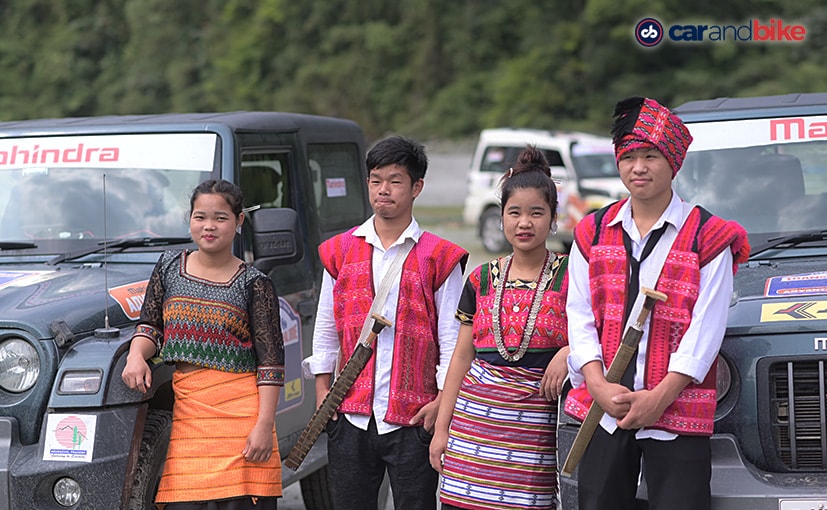 (The state of Arunachal Pradesh is home to many, many indigenous tribes. Seen here are men and women of the Mishimi tribe, after they put up a folk dance performance for us)

It was the dreaded day when we had to make our way back to the airport. We had some time before we headed to the flight so my colleagues and I went shopping. They planned to buy the Mekhla Chador saree and some jewellery for their wives and I being a bachelor, thought I would gift the same to my mother. 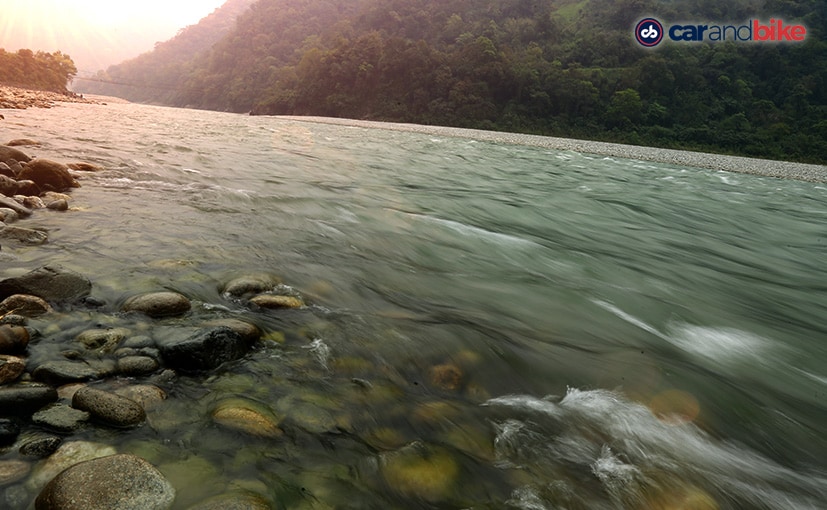 (The rivers of Arunachal Pradesh are some of the cleanest, you will find in India)

And what a wise decision it turned out to be! Unfortunately, the reason behind going shopping for the women in our lives is beyond the scope of this story, but it is always a good idea to do so. Shopping done, we headed towards the Dibrugarh airport for our flights back to our respective homes. 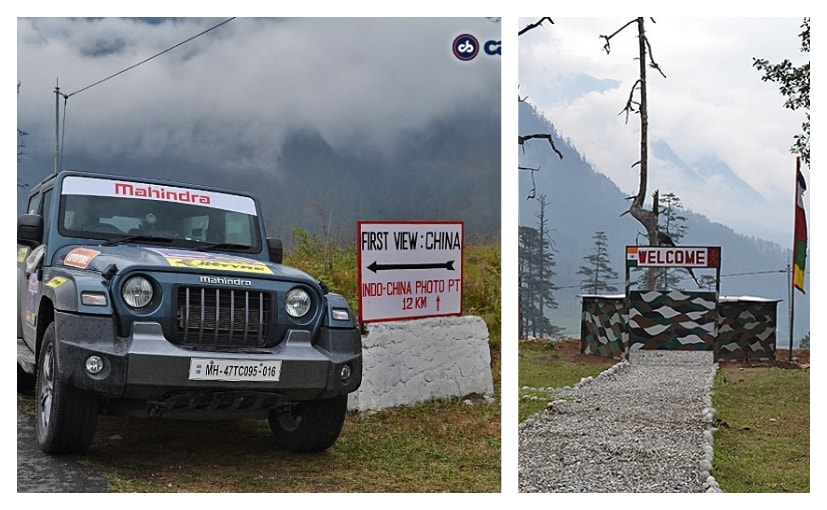 (Our Mahindra Thar with the first ‘Observation Point’, close to the China border)

All in all, yes, there was struggle, yes, after all, us journalists are a pampered lot and staying in tents with little access to a washroom, did have its own struggles, but there is nothing to suggest that if given a chance, I would do the whole thing over, once again. 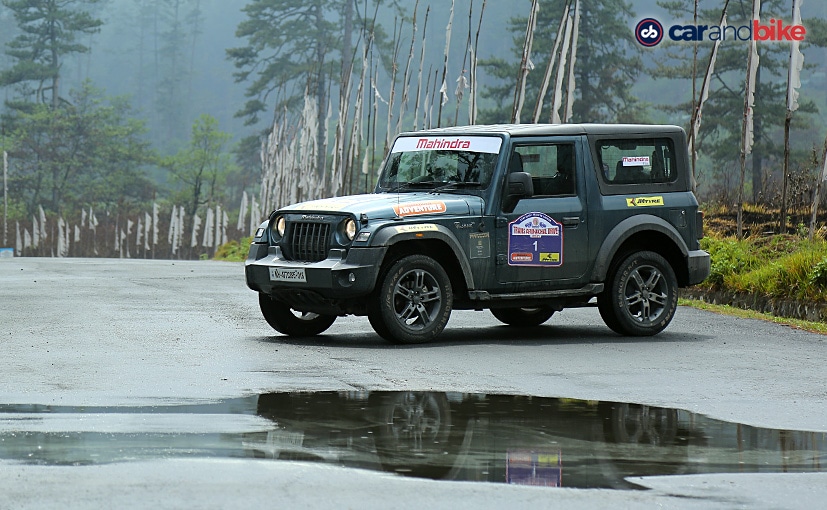 (The Mahindra Thar served us well during our travels in Arunachal Pradesh. Tough as a mountain goat! Period! Also, notice the well-laid road, which leads to Kaho, a far-flung settlement on the border of India and China)

Triumph Trident 660: What To Expect

Maruti Suzuki Production Not Hampered Due To COVID-19 So Far: Chairman RC Bhargava