It doesn’t matter how much time has passed: We’re still trying to wrap our heads around Stranger Things 4. And while we’re working on our fan theories and trying to predict what will happen in Stranger Things 5, one thing is certain: When it comes to the greatest Halloween costumes of all time, once again, Stranger Things has cemented itself as the best group Halloween costume idea. That’s because the Duffer Brothers have already talked about how much they hate killing off characters (mostly), so the cast gets bigger and bigger every year. And, whether they’re new characters or returning, everyone has their own twist on ’80s style. Whether you’re looking for something straight out of Stranger Things 4 or want to throw it back to a past season, these are the best Stranger Things Halloween costumes for 2022. The greatest part about them? Any would make the perfect-last minute getup because, with a little creativity, they can all be DIY’d.

Looking for more ideas? We’ve got plenty of movie and television-inspired costumes, including Ted Lasso, The Office, Bridgerton, Mean Girls, The Purge and Star Wars.

There’s always a flannel somewhere in there, whether it’s over a Hawkins Strawberry Festival t-shirt or under a romper-style dress. Our favorite outfit is the one she wears to the roller rink with Mike and Will. It’s got the classic flannel, a cool pattern on the romper-style dress (reminiscent of her season 3 style) and, if you’re feeling ambitious, you could also try to pull off wearing a pair of roller skates.

What You’ll Need for Your Eleven Halloween Costume

Of course, her looks from past seasons are still classic.

The season 2 looks, with all those wild patterns — the geometric romper, the yellow Aztec shirt, the blue paint-splatter shirt she wore with blue suspenders — will always be fun twists on a traditional ’80s Halloween costume. And of course, the season 1 look is still one of the most iconic images of the whole series. There’s just something about that pink, smocked dress and short-cropped hair that’s instantly recognizable. (Don’t forget the Eggo waffles.) It even works as a baby Halloween costume. Whichever season style you choose, your costume is sure to be a hit.

What You’ll Need for a Classic Eleven Halloween Costume

Whether you’re going for Dustin with his Thinking Cap and Hawaiian shirt, Eddie with his metal look or Mike and his, well, Mike-ness, dressing as the members of the Hellfire Club couldn’t be easier.

It’s the perfect costume for people who don’t really like dressing up for Halloween, because it’s basically just regular clothes. And it’s also a great group costume, since you can have as many Hellfire Club members as your Dungeons and Dragons hunting party allows. (And if you want to be Erica, just throw on an American Flag windbreaker — and a scowl.)

What You’ll Need for Your Hellfire Club Halloween Costume

Then again, if you’re looking for a Dustin Halloween costume, there’s nothing wrong with throwing it back to the Camp Know Where look from last season. Once you’re an alumnus of Camp Know Where, you’re in the club for life.

What You’ll Need for a Classic Dustin Henderson Halloween Costume

How else are you going to have an excuse to belt out “Running Up That Hill” at your Halloween party?

If you’re committed to the bit, you can get an actual replica of Max’s blue-and-yellow windbreaker at Quiksilver — but it’s $80, so no one would blame you if you went with a cheaper approximation. But to truly become the character of Max Mayfield, you’ll have to carry around a portable cassette player with you — and yes, they still make them! Bonus points if you find over-the-head headphones to wear, too.

What You’ll Need for Your Max Mayfield Halloween Costume

You don’t have to evangelize for pineapple on pizza to get a taste of Argyle’s laid-back, Cali vibes.

All you need is the Surfer Boy Pizza uniform, and you can make it as simple or elaborate as you like — go for just the tee, or the tee, visor and jacket combo. As for the non-Surfer Boy items, you can get the exact looks for his shirt and pants at Quiksilver’s Argyle collection, but, again, it’s not cheap. Anything with a loud ’80s print will do.

What You’ll Need for Your Argyle Halloween Costume

Time to show some school spirit!

Whether you want to be Lucas Sinclair specifically, or just a member of the basketball team or cheerleading squad, you have to break out your green, gold and white. (Flat top not included.) BoxLunch’s Hawkins jersey actually says “Sinclair” on the back, but his warmup jacket isn’t personalized. (And maybe you’d want to upgrade to a varsity jacket?) And if you just want to say, “Go Tigers!” the cheerleading uniform is the way to go.

What about our favorite upperclassmen?

They’ve been all over the place this season. As far as Halloween costumes go, Nancy and Robin wore their most memorable outfits on their visit to Pennhurst Mental Hospital, where they dressed up to impersonate grad students. It’ll take some doing, but you might be able to DIY those looks. With Robin, more is more: Long sleeves, high neck, ruffles, a long floral skirt and a white cardigan. For Nancy, her pastel, plaid skirt suit is very singular and might be hard to reproduce on its own. You might have to settle for plain blue, and then frump it up yourself with accessories like a pastel plaid scarf. Closer to home, the Family Video uniform is much easier to undertake. All you need is green vests, name tags and buttons and you’re good to go.

Family Video who? Steve and Robin may have moved on from Scoops Ahoy, but we have not.

Those video-store costumes just do not measure up to the nautical flair of the scoop shop ensembles. You can head out and buy a Scoops Ahoy Halloween Costume from the store, or you can try and DIY your own. Whether you’re a Steve or a Robin, you’ll need with blue striped shirts, blue shorts, knee socks, red handkerchiefs, sailor hats and red sneakers. You’ll have to provide your own sardonic wit. And ice cream. (Oh how we wish the USS Butterscotch were real!)

Meanwhile, over in Russia, Joyce and Hopper had their own separate adventures.

Unless you want to go crazy with the fake blood, the easiest way to do Joyce and Hopper is to be them in their parkas. And you can go all-out with the red, white and blue: Pretend like you’re dressing up for the U.S. Winter Olympic team! (If you don’t want to buy a whole new puffer coat just for a Halloween costume, you can try a less-expensive windbreaker.) And don’t forget the hats! At some point in the season, Joyce switches from a red, cable-knit hat to a white one. These are good if you’re parents who want to accompany a Stranger Things-themed crew around the neighborhood. You can make it a family Halloween costume. (Bundle someone up to their eyes, throw on glasses, and you can have a Murray/Yuri, too.)

We suggest that any Stranger Things crew needs one villain to fight.

Sure, you can buy (or — yikes! — attempt to make) a human Demogorgon costume, but those are scary! Bring a very good doggo in his ferocious demodog costume, and you’re guaranteed to get more treats.

How to Plant, Grow and Care for Mums (Chrysanthemums) 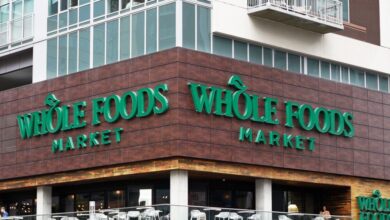 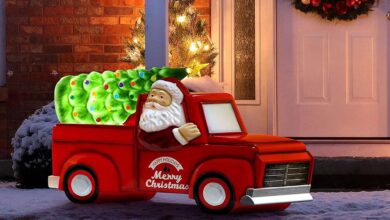 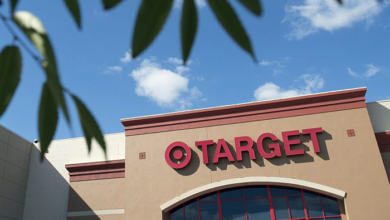 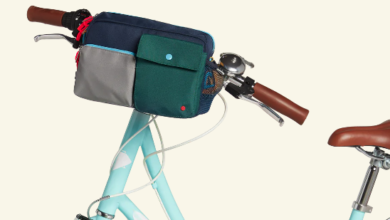