Trivia champs are in a league of their own, and if you count yourself among them, maybe you’ve already begun brushing up. Even if you already have your costume picked out, treats and Halloween candy chosen and your scary movie lineup all ready to roll — how much do you really know about Halloween?

Over the centuries, the spooky holiday has evolved from a day with religious origins, to a day for mischief and mayhem, to one of the most commercialized celebrations of the year. If you’ve got a trivia night to attend this year, consider this your study guide for all of the Halloween fun facts and history you need.

Halloween is even older than Christianity itself. It all started as a pre-Christian Celtic festival called Samhain, which means “summer’s end.” Held around the first of November, the feast recognized the final day of the fall harvest and spirits crossing over, since they believed the veil between the living and spirit world were thinnest at that time. People in Ireland, the United Kingdom and Northern France used to ward off ghosts by lighting sacrificial bonfires, and – you guessed it – wearing costumes, according to History.com.

2. Trick-or-treating has existed since medieval times.

Back then, it was known as “guising” in Scotland and Ireland. Young people dressed up in costumes and went door-to-door looking for food or money in exchange for songs, poems or other “tricks” they performed. Today, the tradition has morphed into children to getting dressed up and asking for candy. Hardly anyone performs for their candy these days — a simple “thank you” will do.

3. Some Halloween rituals used to involve finding a husband.

During the 18th century, single ladies devised Halloween traditions that were supposed to help them find a romantic match. According to History.com, women would throw apple peels over their shoulder, hoping to see their future husband’s initials in the pattern when they landed. When they bobbed for apples at parties, it was said the winner would marry first. Most spookily, they even used to stand in a dark room, holding a candle in front of a mirror to look for their future husband’s face to appear in the glass.

4. Immigrants helped popularize the holiday in the U.S.

When the Irish fled the potato famine in their country in the 1840s, they brought their Halloween traditions with them. The tradition spread, until the mischievous Halloween pranksters reached an all-time high in the 1920s. Some believe community-based trick-or-treating became popular in the 1930s as a way to control the excessive pranksters.

Because of the shortage of sweet stuff, trick-or-treating wasn’t as big of a deal during WWII. After the rationing ended, it was all systems go on the candy-collecting front. Candy companies began launching advertising campaigns to cash in on the ritual and make sure kids were clamoring for their products to show up in their candy buckets and spare pillowcases.

6. Now Halloween is the second largest commercial holiday in the country.

It ranks second after only Christmas. Consumers spent approximately $9 billion on Halloween in 2019, according to the National Retail Federation. Spending was down a bit in 2020 because of the COVID-19 pandemic, but Americans still forked over $8 billion overall, or an average of $92 per person.

7. Most Americans spend on candy, decorations and costumes.

Many of us put our money where our mouth is when it comes to loving Halloween. The largest share goes toward candy, with 95 percent putting it in their carts, 75 percent planning on buying decorations and 65 percent shopping for costumes. Overall, Americans spent an average of $1,048 on winter holidays in 2019, if you’re wondering why we all tighten our belts in January.

8. The Irish also brought us jack-o’-lanterns.

As the story goes, an Irish man named Stingy Jack tricked the devil and therefore was not allowed into heaven or hell — so he spent his days roaming the Earth, carrying a lantern, and went by “Jack of the Lantern.” Try not to get goosebumps when you carve up your own pumpkins this year.

9. They used to be carved out of turnips, potatoes and beets.

Jack-‘o-lanterns did originate in Ireland, after all. Once Halloween became popular in America, people used pumpkins instead. This year, you might consider adding some creative produce to your Halloween tableau for a more natural look that also has historical origins.

It’s called barmbrack or just “brack.” The sweet loaf typically contains dark and golden raisins, as well as a small hidden toy or ring. Similar to the classic king cake at Mardi Gras, tradition dictates that the person who finds the item will come into good fortune in the coming year.

Everyone’s Halloween fav nearly didn’t become the icon it is today. The original title, Disney’s Halloween House, also went along with a much darker and scarier script, according to IMDB. Not only that, but Leonardo DiCaprio was courted to play teenage heartthrob Max Dennison, but he turned it down to appear in What’s Eating Gilbert Grape instead.

12. Illinois produces up to five times more pumpkins than any other state.

If you’re in the market for a truly destination-worthy pumpkin patch, look to the heartland. The Land of Lincoln has more than 15,000 acres devoted to gourd growing, according to the United States Department of Agriculture. Those Illinois farms typically grow more than 500 million pounds of pumpkins annually.

The Goelitz Confectionery Company originally sold the polarizing treat in boxes with a rooster on the front in order to appeal to America’s agricultural roots, according to National Geographic. The sugary recipe has gone largely unchanged since the 1880s. Love ’em or hate ’em, you can’t argue with candy corn’s consistency.

14. “Monster Mash” once reigned supreme on the Billboard charts.

Bobby “Boris” Pickett reached #1 on the Hot 100 in 1962 just before Halloween and later recharted in 1973 — but this time in August. You might even say it was “a graveyard smash!”

15. You can even visit a pumpkin patch in Hawaii.

Head to Waimanalo Country Farms in Oahu to pick pumpkins while you’re on the islands, whether you live there or need a taste of home on vacation. Looking for squash in Florida? Try the Pickin’ Patch in Dunnellon. It’s a watermelon farm the rest of the year, but pivots to pumpkins for seasonal appeal.

16. The Michael Myers mask in Halloween has a fascinating backstory.

“Tommy came in with the clown mask on, and we went, ‘Ooh, that’s kind of scary.’ Then he put on the Shatner mask, and we stopped dead and said, ‘It’s perfect,'” actor Nick Castle told the New York Times. They spray painted it white, cut the eye holes bigger, and the rest is spine-tingling history.

Stephen Clarke of New York holds the Guinness Book of World Records distinction, having carved his speedy lantern in October 2013. In order to nab the title, the jack-o’-lantern had to contain a complete face, including eyes, nose, mouth, and ears. No word on what the face’s expression had to be.

On an average year, the event draws more than 2 million spectators and includes thousands of participants joining in the route along the way. It all began as the brainchild of Greenwich Village resident and puppeteer! Ralph Lee, who just wanted to throw a whimsical walk from house to house for his kids and their pals. When a local theatre got wind of it, they joined in and grew the event. It’s gotten bigger, more creative and more theatrical ever since.

19. Princesses and superheroes rank as the most popular kids’ costumes.

20. Skittles are the top Halloween candy.

No chocolate? No problem! The bite-sized fruit candies outranked M&M’s, Snickers and Reese’s Cups, according to 11 years of sales data from CandyStore.com. And even though candy corn made the top 10, the tricolored treats also ranked among the worst Halloween candies, according to a CandyStore.com survey. No wonder post-trick or treating candy trades can get so heated.

21. A city in Canada banned teens over 16 from trick-or-treating.

According to CBC, anyone over the age of 16 caught trick-or-treating in Bathurst, Canada, faces up to a $200 fine. The city also has a curfew for everyone, so even those under 16 aren’t allowed out after 8 p.m. on Halloween. The rules were instituted to curtail after-dark mischief, after a rash of pranks.

The famous magician, illusionist and entertainer died from peritonitis caused by a ruptured appendix, according to Biography.com. However, as befits a man of mystery, multiple contradicting reports did surface at the time. Some say a band of angry Spiritualists poisoned him, others that it was a student punching him in the stomach (with his permission) that caused his appendix to burst.

23. Some shelters used to suspend black cat adoptions for Halloween.

They feared that the animals were in danger from satanic cults that wanted them for nefarious purposes in the days leading up to Halloween. Now though, shelters have gone in the opposite direction. Many even promote black cat adoptions in October, using the pre-adoption screening and interview process to weed out anyone with the wrong intentions.

24. Keene, New Hampshire, holds the record for the most jack-o’-lanterns on display.

In October 2013, the city broke the record with 30,581 lit pumpkins displayed around town. Talk about lighting up the night.

25. The night before Halloween is called Mischief Night or Goosey Night in some places.

For those who’ve lived on the East Coast and the Midwest, it’s probably not news to you that lots of teens and tweens pull pranks on October 30. But from toilet papering the trees outside someone’s house, to egging cars and more dangerous capers, the tradition never really made its way to the West Coast. 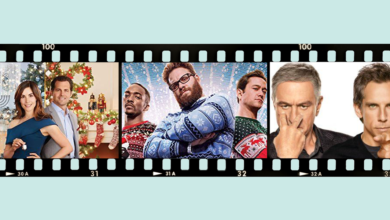 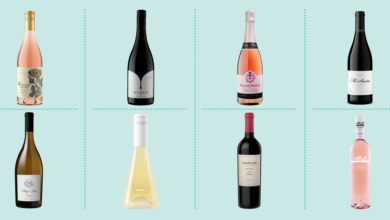 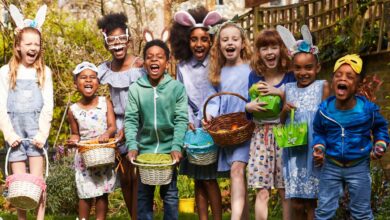 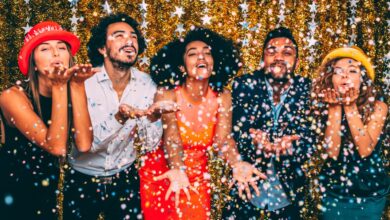