After carefully crafting your costumes, loading up on plenty of sweet and sugary treats and covering your home with festive decorations, the last thing on your Halloween to-do list is to settle in for a spooky flick. If you’re trying to get your Halloween movie fix without terrifying the kiddos, Disney has got you covered with an extensive library of nerve-wracking (but not nightmare-inducing) choices.

Its family-friendly streaming service Disney+ has a whole array of Halloween movies ranging from storied classics, to your own childhood favorites, to the newest releases you haven’t seen a million times before. Revisit tried-and-true animated picks like The Adventures of Ichabod and Mr. Toad, queue up Disney Channel originals such as Twitches on your streaming stick or revisit more recent blockbusters like Into the Woods. Even the magical Pixar worlds of Coco and Monsters Inc. feel appropriate this time of year. Whether you’re in the mood for zombies, vampires or ghosts, there’s plenty of Halloween spirit to go around.

And if you’ve really exhausted your movie options, don’t forget about the long list of Halloween-themed TV episodes that come with your subscription. Spooky installments from classic shows like Kim Possible, Gravity Falls and Wizards of Waverly Place can also round out your viewing party. This Halloween, kick back and relax, and let the mouse do the magic for you.

An unofficial sequel to The Wizard of Oz, this installment has a bit of a Halloween-themed twist. The addition of new characters like Jack Pumpkinhead and Princess Ozma, the rightful ruler of Oz, join Dorothy on her return to L. Frank Baum’s fantastical world.

When a baker and his wife (James Corden and Emily Blunt) wish for a child, they must successfully break a family curse by gathering the ingredients for a magic potion. With Meryl Streep starring as an evil witch and Anna Kendrick portraying Cinderella, you know this fantasy film is in good hands.

An evil king aims to acquire a mystical cauldron in an attempt to rule the world, but he may have met his match in a young pig keeper named Taran. Along with a princess, a bard, and a dog-like creature named Gurgi, Taran must stop the wicked emperor and save his magical pig.

In this 21-minute short, rejoin Woody, Buzz and your favorite toys on a road trip that takes a turn for the unexpected. After Mr. Potato Head disappears, the gang must solve the mystery before they too meet the same fate.

Amidst World War II, three British children move to the countryside to stay with an eccentric hostess. Miss Price is attempting to become a witch! After successfully casting a spell on a bedknob, the group flies away to the fantastic Isle of Naboombu, home to lions, bears and more animated fun.

It’s not Halloween without some monsters, and luckily these ones are the funny kind. Sulley and Mike — although the top scare team in Monstropolis — are scared stiff when a young girl named Boo follows them into their world. As they attempt to keep the little tagalong out of sight, they learn something priceless about humans.

This two-part movie (with a run time of just over an hour) kicks off with Disney’s take on the classic story The Wind in the Willows. Then settle in for slightly spookier fare: The thrilling tale of the Headless Horseman from The Legend of Sleepy Hollow.

Based on the classic children’s book, this Tim Burton-produced musical fantasy film follows a young orphan on a magical journey. With an enormous peach as their vessel, James and his new troupe of human-sized bug friends set sail.

Inspired by the Mexican holiday Day of the Dead, this Oscar-winning Pixar movie follows 12-year-old Miguel on his quest to become a musician — a goal that leads him into the magical world of his ancestors where he discovers the truth about his family’s past. Although the November 1st holiday has nothing to do with Halloween, it’s a great movie to watch the day before it’s celebrated to learn more about it.

Tony and Tia Malone — two young orphans — possess psychic powers that enable them to move objects and communicate telepathically. When millionaire Aristotle Bolt attempts to exploit their unique abilities, the children embark on an enlightening mission to escape his designs and discover the truth about their past.

One of the most beloved Halloween movies of all time, Halloweentown follows the story of a young girl named Marnie, who discovers she’s a witch. And not just any witch — she’s destined to aid her grandmother in saving Halloweentown against the evil forces that wish to destroy it.

Marnie and her sister Sophie are back in Halloweentown, this time to investigate why the town has seemed to have lost its magic. Turns out, an evil warlock has stolen their grandmother’s book of spells, and he wants to use it on humans — to turn them into the costume they were wearing on Hallow’s Eve, permanently.

Marnie recruits several Halloweentown locals to join her high school in the human world, but she and her friends meet opposition in the evil Knight Of The Iron Dagger.

Marnie is all grown up, this time headed to Witch University in Halloweentown on a full scholarship. But there are still some secrets left for her to uncover before she graduates.

Three 300-year-old witches, executed in the 17th century, are conjured into the present day. In desperate pursuit of their youth, they face off against three kids and a talking cat named Thackery Binx.

Eddie Murphy stars in one of his funniest family movies in The Haunted Mansion, a story based on the classic haunted ride at Disneyland and Disney World.

Young Frances has been duped — by the Boogeyman. To get back at him for pretending to be her while he pulls his pranks, she enlists the help of her brother’s imaginary friend.

The Nightmare Before Christmas (1993)

Jack Skellington, the Pumpkin King, decides he’s tired of the creepy ways of his haunted life. He chooses instead to spread Christmas cheer, but his little scheme causes more trouble than he bargained for.

Two twins separated at birth reunite under a common bond: They both have magical powers, and they’re stronger when they’re together. Soon, they must use these powers to save the world.

The two witches now know that they’re royalty, but they can’t quite agree on how to handle their new titles. What they can agree on? Uniting against a new supernatural villain.

Little Sparky is beloved as the family pup. But after his untimely demise, his loving owner attempts to bring him back to life — as Frankenweenie.

When the Hansen kids are grounded, they decide to play matchmaker for their mom so she’ll get out of the house. Trouble is, her suitor is a vampire.

The Davis family just moved into a new home — but they aren’t quite prepared to meet their new roommate, Mr. Boogedy.

When Skylar learns her parents are monster-hunters, she joins the family trade to track down a creature she accidentally released.

Pete Riley works at the local movie theater. What he doesn’t know is that he shares the theater with a mythical phantom, who’s awakened during the night of a major premiere.

Buxley Hall academy is over 100 years old, and it’s nearing financial ruin. To keep their home up and running, the academy’s ghosts pursue the young (and rich) Jeremy to get to his fortune.

Ian and Claire think they’re attending a regular old funeral. But things get a whole lot more interesting when they learn that ghosts lurk about their father’s hometown and its Halloween Festival.

In cheerleader Addison’s world, zombies are real — but they’re not so scary! In fact, the government has discovered a way to keep the zombies from eating human brains, and now the two species co-exist peacefully (or, at least, they should). But as the Zombietown kids and the humans struggle to integrate at the local high school, Addison collides with zombie Zed and learns an important lesson.

Seabrook High is just beginning to become a more integrated place — when a truckload of werewolves appear on the scene, in this sequel to the 2018 hit. 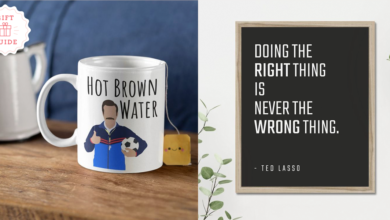 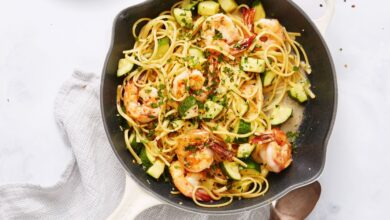 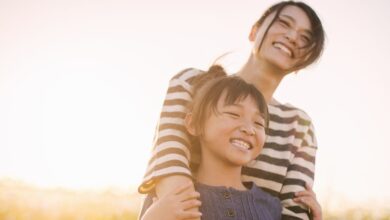