Between the thirst for blood, a phobia of garlic and the sparkling skin (well, at least in Twilight), vampires possess some pretty unusual traits. It’s no wonder that Hollywood have turned to these blood-sucking creatures for filmmaking inspiration time and time again. This Halloween, get your vampire fix in the form of Brad Pitt, Robert Pattinson, Saoirse Ronan and other stars playing the ultimate lead role: the undead. (You should also consider dressing up as a vampire this Halloween!).

Beginning with two ultimate classics — 1922’s Nosferatu and Bela Lugosi’s Dracula of 1931 — this genre has a long cinematic history that has veered into the campy, gory, silly, scary and even steamy. Horror movie buffs will appreciate watching thrillers like Hunted and From the Dark with the lights out, while families might want to stick to more kid-friendly Halloween movies, like Hotel Transylvania for a post-trick-or-treating flick. Whatever you’re in the mood for (including some laughs), we’ve got you covered with this list of the best vampire movies to sink your teeth into.

With options from Netflix and Amazon Prime, go ahead and queue up a double feature on your streaming stick while the popcorn is popping. And if you eventually do get tired of vampires and their bloodsucking ways, go ahead and check out some of our favorite spellbinding movies about witches. Hocus Pocus, anyone?

Vampires might not age, but this movie has aged incredibly well. The original and often considered the best vampire movie, this 1922 silent film is now almost 100 years old.

This equally iconic addition to the genre stars Bela Lugosi and benefits from the addition of sound. It’s his creepy utterances of famous lines like, “I bid you … welcome!” that cemented Lugosi as the ultimate Dracula.

A crowd-funded, Spike Lee-directed movie, Da Sweet Blood of Jesus follows a wealthy anthropologist who becomes a vampire after an emotionally unstable colleague stabs him with an ancient African dagger.

This take on Bram Stoker’s novel features Christopher Lee (of Stars Wars, Lord of the Rings and James Bond fame) in the title role. The equally talented Peter Cushing appears as Doctor Van Helsing, parts they’d both reprise a number of times in subsequent sequels.

Guillermo del Toro’s first feature film, Cronos follows an antiques dealer with an ill-fated discovery. Jesús Gris happens upon a 450-year-old, scarab-shaped object that enables enteral life. That of course comes with a price: a thirst for blood.

This comedy-horror film parodies the genre thanks to its protagonists: a bumbling professor and his assistant who travel to Transylvania on the hunt for vampires.

If you’re looking for something more family-friendly, this Nickelodeon movie might do the trick. Davis, the new kid at school, finds himself at the center of an unusual rumor: He’s apparently a vampire?! With the help of a neighbor, the introverted teen starts playing up his spooky status to maintain his newfound popularity.

Saint Vladimir’s Academy student Rose Hathaway is half-human, half-vampire. And she’s learning how to defend her peaceful, mortal kind from an evil contingent of vampires who drink to kill. Based on a best-selling 2007 novel, this teen-friendly flick stars Zoey Deutch.

A small Alaskan town is cast in darkness for one month each year due to its northern latitude. Without sunlight to stop them, a troupe of hungry vampires descends on Barrow’s residents, who must fight them off until day finally breaks.

Gentrification meets the undead in this Netflix movie about a gang of young kids trying to protect their community in New York City.

Based on the 2004 novel of the same name, this critically-acclaimed Swedish romantic horror film tells the story of a bullied 12-year-old boy who befriends a young girl next door, only to find out that she’s — you guessed it — a vampire.

Craving some great action mixed in with your horror? George Clooney and Quentin Tarantino (who wrote the script) star in this cult classic ’90s film about two brothers on the run from a bank robbery who end up at a home base for a group of vampires.

Apparently, being a vampire gets old! This witty comedy-drama film focuses on the romance between two vampires — played by Tilda Swinton and Tom Hiddleston — who are left to reflect on their place in modern human society.

Interview With the Vampire: The Vampire Chronicles (1994)

Imagine a world with a plague that transforms people into vampires. What’s even more terrifying about this 2010 sci-fi film is that it’s set in 2019.

Vampires are cool when they only suck the blood of bad guys, right? This flick involves a mafia family and, yes, a major hunt for blood.

Amazon reviewers love this creepy thriller, especially since it’s not your typical vampire movie. Prepare for a unique story about a woman being haunted by an evil vampire — and a few jump-out-of-your-seat scares.

Nothing beats a classic, especially when Count Dracula’s involved. Go back a hundred some odd years and watch as he terrorizes everyone in his path.

Before Sarah Michelle Gellar made “Buffy” a household name, there was the original early ’90s teenage movie, starring Kristy Swanson and Donald Sutherland. Once chosen to be the Slayer, Buffy juggles the demands of high school with her mission to defeat evil. Casual.

Proof that vampires can just as funny as they are frightful. This documentary-style film follows four New Zealand vampires as they try to blend in with normal folks. Spoiler alert: It’s as awkward (and hilarious) as it sounds.

If you mix the best parts from a horror and action movie, then you get Underworld (a.k.a. Kate Beckinsale slaying vampires left and right).

Just in case the first movie wasn’t enough, this sequel sees Dracula return to the screen a whole seven years after the first movie. (And if you still can’t get enough, you can watch the third and final film of the franchise too!).

Meet Blade, one of Hollywood’s most memorable vampire killers. But there’s a twist: He’s a vampire himself (well, kind of). Blade has the strengths of being a vampire (think: super speed, strength, and sense of smell) but doesn’t have the weaknesses, such as an aversion to sunlight.

Blade is back for more in this sequel directed by the Academy Award-winning Guillermo del Toro, and this time he has to fight a new race of super vampires.

This isn’t your typical vampire movie. This eerie coming-of-age story focuses on abuse, suicide and the harsh realities of growing up in the New York City Housing Authority.

If you’ve been itching to see Will Smith fight off bloodthirsty mutants — vampires included— then we definitely recommend revisiting this 2008 blockbuster ASAP.

Star Trek‘s Anton Yelchin gave the 1985 horror classic a refresh. Fright Night centers on Charley Brewster, played by Yelchin, as he discovers that his neighbor is a vampire — and makes it his mission to destroy him.

Before Saoirse Ronan stunned in her award-winning performance in Lady Bird, she played a teenage vampire plagued with the difficulties of falling in love with a mere mortal. Oh, the struggle. 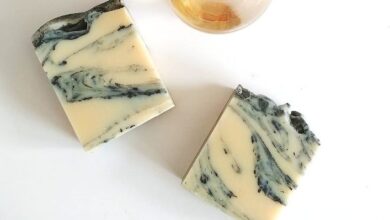 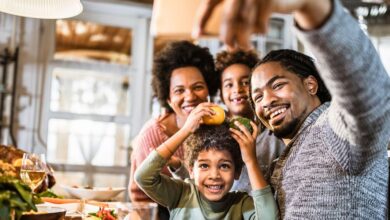 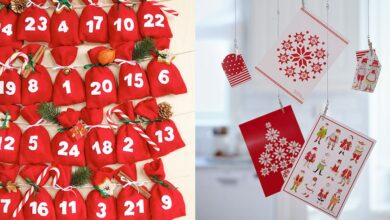 36 Best Christmas Traditions for Your Family 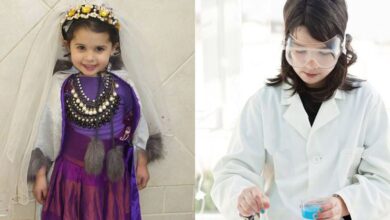