Turmeric, part of the ginger family, has long been used in Ayurveda and other traditional medical systems. Considered an underground stem, turmeric is known for adding vibrant color and flavor to culinary dishes and was historically utilized for treatment of skin, joint and digestive disorders. Although originally used in its whole food or spice form, turmeric supplements are now abundant in health foods stores as the plant is increasingly becoming promoted in dietary supplement form. But is turmeric really worth the health hype? Here’s everything you need to know about the evidence-based health benefits of turmeric, including any potential health risks:

1. Compounds in turmeric can fight inflammation.

Turmeric contains a powerful antioxidant known as curcumin. The polyphenolic compounds in the spice have been linked to reduced risk of chronic inflammation, the biological state where your body’s cells work overtime to get their regular job done. Doctors can identify inflammation (a.k.a. blood work) by looking at certain biomarkers of oxidative stress, a result of biological processes that causes organ tissue damage. The curcumin in turmeric may help to mitigate this by protecting blood vessels from inflammation.

Your lifestyle (how often you exercise, what you eat and whether or not you smoke) can also impact inflammation, while some of it is out of your control. That said, dumping turmeric onto any meal won’t completely reverse any inflammation that’s already underway, especially when you’re eating a diet high in saturated fat, sodium and added sugar. In other words, one spice can’t undo the effects of an otherwise poor-quality diet.

Some studies have linked turmeric to reduced arthritis pain, as well as curcumin specifically to alleviating some gastrointestinal pain associated with inflammatory bowel disease. A recent clinical study also found that curcumin worked similarly and was even better tolerated than a common pain medication in individuals with knee osteoarthritis. Before replacing your own commercial pain medication or starting on this alternative for pain relief, speak with your physician or healthcare practitioner.

3. Research shows that compounds in turmeric may reduce risk of certain chronic diseases.

Curcumin can powerfully effect the biological pathways that ultimately lead to oxidative stress, an underlying factor in chronic, lifestyle-related diseases like heart disease, type 2 diabetes and some types of cancers. Some preliminary research even linked turmeric to a lower risk of heart attack post-bypass surgery, and curcumin is thought to play a role in cancer prevention as well. That said, your dietary patterns as a whole are more important than a single compound.

4. There is some compelling evidence to support turmeric benefits for skin.

Some research has linked turmeric — both in ingestible and topical forms — with aiding in some skin disorders, including psoriasis, alopecia and even acne. However, scientists haven’t determined the specific mechanisms (how it works), the right dosage (how much you’ll need) and who it works best for just yet. Use turmeric the way it was intended, to flavor foods like vegetables, whole grains and lean proteins. When it comes to turmeric and curcumin supplements, these aren’t evaluated by the U.S. Food and Drug Administration just like all other supplements on the market today; if you do choose to take turmeric in supplement form, look for third-party certifications that evaluate for quality and safety.

5. Some research suggests components in turmeric may fight cognitive decline.

Curcumin has also been linked to protection against cognitive decline, such as limiting the plaques that leads to neurological impairment in Alzheimer’s disease. Research published in the American Journal of Geriatric Psychiatry found that daily consumption of a specific form of curcumin improved memory and mood in individuals with mild age-related memory loss. While it seems promising, it’s important to know that more research in larger human trials is needed since much of the research done to date has been relatively small (the American Journal of Geriatric Psychiatry study only had about 40 participants).

Another study links curcuminoids to a possible reduced risk of cognitive decline, indicating that the spice as part of a meal can be beneficial rather than a curcumin supplement alone. That’s why we’re big proponents for using the spice when cooking as it was intended to be used.

FYI: Although curcumin is responsible for many of the health benefits of turmeric, the compound is unfortunately not very bioavailable, a.k.a it’s not easily absorbed by our bodies. But research has linked piperine — the active compound in black pepper — to better absorption of curcumin in your body (specifically an increase of 2000% in the bioavailability of curcumin). That’s why many supplements on the market contain both curcumin and piperine. Still, you’re better off eating turmeric and pepper in meals instead of in supplement form. The phytonutrients found in plant-based foods also boost absorption of all types of antioxidant-like compounds, which can ultimately improve health overall.

Turmeric health risks and side effects:

Although the health benefits of turmeric are vast, certain populations should avoid taking turmeric in food or supplement form and speak with their physician or healthcare provider before doing so. If you are in active cancer treatment, speak with your doctor before taking turmeric as it may interfere with certain chemotherapy medications including camptothecin, mechlorethamine, doxorubicin and cyclophosphamide.

Turmeric is also known to lessen the effects of several other medications including aspirin, ibuprofen, acetaminophen and indomethacin. It may also increase your risk of bleeding, especially if you are on warfarin or other blood thinners. Individuals with gastrointestinal disorders or kidney stones should speak with their doctor before starting turmeric supplements. Plus, some individuals may experience mild side effects like an upset stomach, dizziness, nausea and diarrhea when taking turmeric.

Turmeric, as part of a healthy diet and lifestyle, can certainly reap some pretty stellar health benefits. But one food or food component doesn’t provide a miracle cure-all, and turmeric won’t necessarily override poor diet and lifestyle choices. That being said, it can make an excellent addition to your spice cabinet both for its culinary and health properties. Experiment in the kitchen with turmeric on savory cauliflower popcorn or in a delicious shrimp curry weeknight dinner. Try to pair turmeric with black pepper in meals to increase its absorption which is a fairly easy task as their flavors are complimentary. If you are set on taking turmeric in supplement form, ensure that it is tested by a third party for quality and safety and be sure to run it by your doctor or healthcare provider. 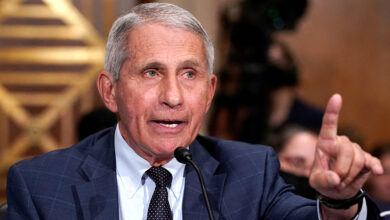 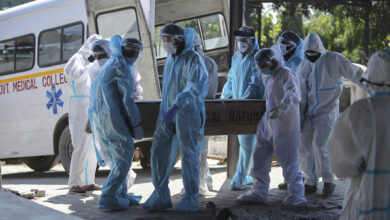