Drum roll, it’s finally here. The ’83 trailer. If you haven’t watched it yet – what on earth are you waiting for? ’83, directed by Kabir Khan, brings India’s historic World Cup win of 1983 to the big screen and the trailer promises a ride as thrilling as the final match itself.

Ranveer Singh’s Kapil Dev is a masterpiece but there are the rest of Kapil’s Devils as well and let’s put it this way – the cast of ’83 is stacked. Deepika Padukone, Ranveer Singh’s wife IRL, shows up in the trailer as Romi, Kapil Dev’s wife. But what we’d really like is for you to meet the rest of Team India as portrayed in ’83. The names thrill us to this day – Gavaskar, Vengsarkar, Srikkanth, Mohinder Amarnath and more. The actors playing them are killer – here they are:

He is the batting maestro. Yes, it’s none other than “Little Master” Sunil Gavaskar. Tahir Raj Bhasin is known for his works in films including, Chhichhore and Mardaani.

“Chika” is in the house. Jiiva will play flamboyant opener Krishnamachari Srikkanth in the film. 83 will also mark Jiiva’s Bollywood debut. The South star was previously seen in Seeru and Kee.

Since his debut film with Mujhse Fraaandship Karoge, Saqib Saleem has come a long way. The actor, who has performed some powerful characters on-screen, will now be seen stepping into the shoes of Mohinder Amarnath, the Man of the Match in the final.

Jatin’s as Bunty kept us glued to the screen with his stellar acting in the Netflix series Sacred Games. And, we are sure that Jatin’s Yashpal Sharma will once again win over our hearts. The cricketer died on July 31, this year, due to cardiac arrest.

There couldn’t have been a better pick for this role than Chirag. Why? Chirag will play the role of his father Sandip Patil on screen. Goosebumps, anyone? The actor has worked in several movies, including Chargesheet, Ekada Vhave and Wake Up India.

And, we have Kirti Azad here. Dinker will be seen essaying the role of the cricketer-turned-politician on the big screen. Dinker kept us on the edge of our seats with his role in the web show Delhi Crime.

“RIP it like ROG,” wrote Ranveer Singh when he introduced Nishant as all-rounder Roger Binny. The actor has previously worked in Kedarnath and Raat Akeli Hai.

The Punjabi singer-turned-actor has fulfilled his father’s dream in this film. Harrdy, who will be seen as pacer Madan Lal, had said that his father wanted him to play for India. Right now, it’s time to do Bijlee…Bijlee. FYI: we are referring to Harrdy’s latest music video.

“Golden Glove” Syed Kirmani’s part will be portrayed by Sahil Khattar, who is also a YouTuber and host. Sahil was last seen in the crime thriller 200 Halla Ho.

We have the “Swingin’ Sardar Ji” in the house. Who are we talking about, anyone? Balvinder Singh Sandhu. The Punjab singer-turned-actor’s latest release was Qismat 2. The film has struck the chords for all the right reasons.

The actor will step into the shoes of Dilip Vengsarkar in this film. Adinath will also mark his Bollywood debut with the Kabir Khan directorial. Adinath has predominantly worked in Marathi cinemas. His debut directorial venture, Paani, won a National Award under the Best Film on Environment Conservation / Preservation category.

THE COLONEL !!! The finest exponent of the drive and the finest gentleman cricketer Presenting @adinathkothare as DILIP VENGSARKAR @83thefilm#ThisIs83@kabirkhankk@deepikapadukone@Shibasishsarkar@madmantena#SajidNadiadwala@vishinduri@RelianceEnt@FuhSePhantompic.twitter.com/N3ksJN3cZs

The actor will represent “Mr Flamboyant” Ravi Shastri in the film. Do we need to say more? Dhairya hogged the limelight with his role in Vicky Kaushal’s Uri: The Surgical Strike. He was also roped in by Karan Johar’s talent agency, Dharma Cornerstone Agency.

Meet “strong” and “silent” cricketer Sunil Valson, played by R Badree. Most of us remember him as Rajan in The Forgotten Army – Azaadi Ke liye, a mini web series streaming on Prime Video.

Well, we have “The Chief” waiting. The backbone of Team India – manager PR Man Singh. Pankaj Tripathi grabbed all the eyes with the portrayal of Kaleen bhaiya in the nail-biting thriller series Mirzapur.

Now, it’s time to look at the trailer too:

The film will hit the theatres on December 24. 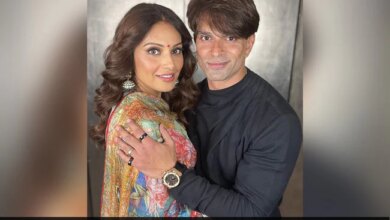 Shehnaaz Gill And Yashraj Mukhate In A Not So “Boring” Video 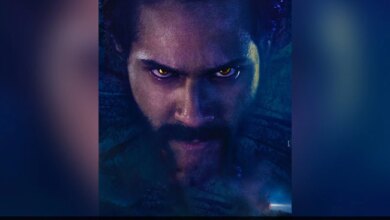 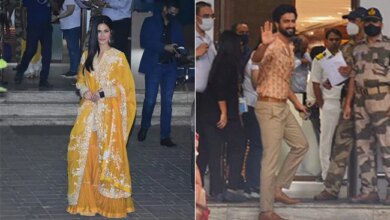