Several former and current Louisiana State University students and a professor have sued the university, alleging that it failed to protect students from a graduate student who had been arrested and charged with rape.

The 130-page complaint, which was filed Monday in federal court, named the university’s Board of Supervisors, a department chair, and several officials as defendants. This lawsuit comes amid intense scrutiny of how the university handles sexual harassment and assault complaints. The university hired a law firm to review Title IX-related incidents, which found that LSU’s Title IX office “has never been appropriately staffed or provided with the independence and resources to carry out Title IX’s mandates.”

In this case, the plaintiffs, all women who were not named, said that after a graduate student in the French department, Edouard d’Espalungue d’Arros, was arrested and charged with raping a 21-year-old University of Louisiana at Lafayette student in 2018, LSU did little more than remove him from his position as a teaching assistant. D’Espalungue could still interact with students, the women alleged, and he would go on to rape two undergraduate students, sexually assault a third, and sexually harass two graduate students.

The university, they said, allowed it to happen.

D’Espalungue has not been convicted of a crime, nor was he named a defendant in this case. Efforts to reach him were unsuccessful. An LSU spokesman did not respond to a request for comment, saying “the university typically doesn’t comment on pending litigation.” LSU has not responded to these allegations in court.

The lawsuit lays out a jarring series of claims. First, after his arrest, the department chair, Adelaide Russo, hired d’Espalungue as her research assistant, a move that elevated him within the department, the complaint said. She allegedly tasked him with observing and videotaping other classes and handing out undergraduate awards. He “coordinated and led” activities within the department, such as a movie night, and ran the social-media account for the French club, the complaint said.

Russo did not respond to an emailed request for comment.

Also after his arrest, Russo allegedly met with faculty members and graduate students in the department and told them that d’Espalungue was “innocent” and “they were not allowed to discuss the criminal charges due to ‘FERPA’ and ‘Dean’s orders.’” One of the complainants, a professor, asked the dean about it. According to the complaint, he told her he hadn’t given such an order and would correct the record. Allegedly, no correction came. The professor also told the dean that she knew of several students who had complaints about d’Espalungue, but who were afraid they would face repercussions if they came forward.

Two other complainants, both graduate students, tried to report d’Espalungue for other offenses, they alleged. One told Russo that he made “numerous offensive comments about her body and her marital status,” to which Russo replied “that he was just complimenting her, she should feel flattered,” the complaint said. The other told the department chair that d’Espalungue “had made offensive comments about her body and her weight in front of other students.” Russo, according to the complaint, took no action.

The second graduate student also wrote a letter describing an interaction she’d witnessed between d’Espalungue and an undergraduate student that she found “inappropriate.” The professor complainant shared the letter, which was signed only, “a concerned female graduate student,” with a Title IX official.

There was an effort to keep d’Espalungue away from students. A dean met with Russo and d’Espalungue and told them that d’Espalungue shouldn’t be teaching, which he wasn’t, the suit said. Russo, the complaint said, told the dean that he wasn’t “leading anything.” But the very same day, d’Espalungue emailed several students, including the undergraduate who had allegedly had the inappropriate interaction with him, to invite them to a French movie night, according to the complaint.

The women kept trying to get the university to act, they said. That December, the professor complainant met with a Title IX official, as did the two graduate students. They explained their complaints about d’Espalungue. In January 2019, the professor met with a human-resources officer. Still, they said, no action was taken.

That January, according to the complaint, d’Espalungue raped an undergraduate student — the very same student whom the graduate student had seen in an inappropriate interaction with him. He “then persuaded her to have a continuing relationship for several months,” the complaint said. About eight months later, the women alleged, he raped another LSU student.

“This ongoing failure to investigate and lack of action by LSU,” the complaint said, “allowed d’Espalungue to harass and assault with impunity.”

That March, d’Espalungue started a new publication called the American Journal of French Studies. It would publish poems, short stories, and other pieces of writing by high-school and undergraduate students.

Undergraduate students, including the one d’Espalungue had allegedly raped in January, helped with the publication. In April, the complaint alleged, d’Espalungue met up with another of the students who was working on the publication and “began touching her all over against her will.” When she began walking back to her dorm room, “he followed her and outside her door began grabbing and kissing her,” according to the complaint. She was eventually able to get back to her room and lock the door, the complaint said. On other occasions, d’Espalungue told this student that she would be kicked off the journal “if she didn’t comply with his sexual demands,” the complaint said.

That same month the publication held an awards ceremony at LSU where “d’Espalungue repeatedly expressed his sexual and romantic interest in one of the high school essay contestants,” the complaint said. It alleged that “within a few weeks d’Espalungue had seduced her into a sexual relationship.”

In August 2020, d’Espalungue met another student on LSU’s campus when he helped her with a flat tire on her bike. He gave her his number, the complaint said, and they spoke on the phone a few times before meeting up for a picnic. According to the complaint, “d’Espalungue began asking about her sexuality and started touching her leg. She told him she wanted to go home and he offered to drive her. Instead of driving to her apartment, however, he drove to his own apartment, where he raped her.”

This student reported the incident to LSU’s Title IX office. The university’s Student Advocacy and Accountability Office investigated and suspended d’Espalungue for just over a year. When he appealed, the suspension was upheld.

Russo, meanwhile, “sent an email to faculty and graduate students in the French Department directing them to report any Title IX complaints to her,” the complaint said. “She would decide whether they should be reported to Title IX.”

Five students did file complaints that fall with the Title IX office, according to the complaint, including the two students who had worked on the American Journal for French Studies.

But not long after, a judge gave d’Espalungue permission to travel to France for the holidays. (He had been granted permission to travel outside the state four times before and had returned, according to Town Talk.) He left on December 14, 2020, and has not returned, despite being indicted for third-degree rape of the University of Louisiana student.

15 Fall Leather Pieces to Incorporate into Your Wardrobe 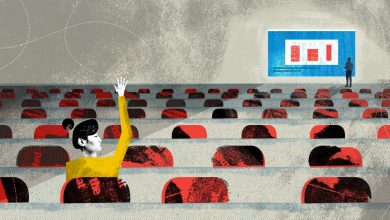 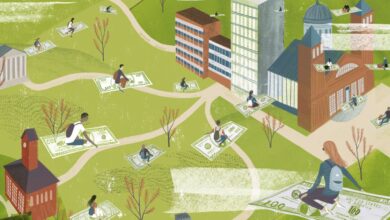 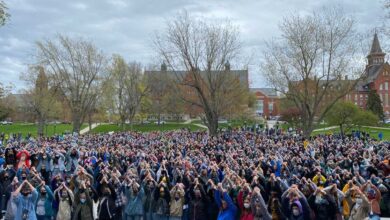 As They Head Back to Campus, These Students Are Trying to Reform Greek Life From Within 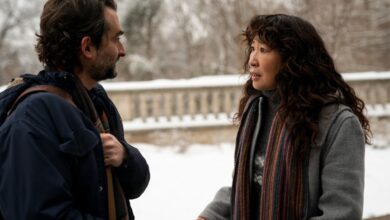