MOSCOW — While waiting out the coronavirus lockdown in his two-bedroom apartment last spring, the Russian opposition leader Aleksei A. Navalny seemed uncharacteristically idle, with his most potent weapon against the Kremlin — street protests — off the table.

And yet, Mr. Navalny felt that President Vladimir V. Putin’s grip on power might be slipping. Operating from his living room, rather than the slick Moscow studio he had used before, he cranked out videos haranguing Mr. Putin for failing to manage the coronavirus crisis and leaving Russians struggling as the economy suffered. Confirming his hunch that the pandemic could become a political catalyst, the audience for Mr. Navalny’s YouTube videos tripled, to 10 million viewers per month.

“Putin can’t handle all this madness, and you can see that he is totally out of his depth,” Mr. Navalny said in an interview by Zoom in May. “We are continuing to hit them where it hurts.”

Methodical and uncompromising, Mr. Navalny, 44, has spent almost half his life trying to unseat Mr. Putin. Often deemed rude, brusque and power hungry, even by other Kremlin critics, he persisted while other opposition activists retreated, emigrated, switched sides, went to prison or were killed. It increasingly became a deeply personal fight, with the stakes — for Mr. Navalny and his family, as well as for Mr. Putin and all of Russia — rising year by year.

But with his daring return to Russia after surviving a Kremlin-sanctioned assassination attempt last summer — and with a lengthy prison sentence all but certain — he has been transformed. No longer the gadfly, Mr. Navalny is now an international symbol of resistance to Mr. Putin and the Kremlin elite, the leader of a growing opposition movement.

“He is prepared to lose everything,” said the economist Sergei M. Guriev, a confidant of Mr. Navalny who fled to France in 2013 after coming under pressure from the Kremlin. “That makes him different from everyone else.”

Mr. Navalny is now behind bars himself, having been sentenced this month to more than two years in prison for violating parole on a 2014 embezzlement conviction that Europe’s top human rights court ruled was politically motivated.

Even in custody, though, he has seized the moment. Two days after his arrest at a Moscow airport last month, his team released a report about a purported secret palace built for Mr. Putin that was viewed more than 100 million times on YouTube. Two weeks later, from his glassed-in prisoner’s box at Moscow City Court, Mr. Navalny predicted that Russians would eventually rise up and prevail against Mr. Putin, a “thieving little man,” because “you can’t lock up the whole country.”

Whether Mr. Navalny’s prediction comes true will depend in part on whether other Russian opposition activists — many of whom he often criticized — remain united as his voice fades. An independent poll found that while 80 percent of Russians had heard of the protests that swept the country last month calling for his release only 22 percent approved of them.

Mr. Navalny has rarely shirked from confrontation or let himself be scared off course by the Kremlin’s security apparatus. In recent years, a pro-Putin activist threw an emerald green chemical in his face, nearly costing him the sight of one eye; his younger brother served three and a half years in prison in a case widely seen as a punishment against Mr. Navalny; and he nearly died in last year’s poisoning, spending weeks in a coma.

All the while he was building up a social media audience in the millions and a nationwide network of regional offices — an unparalleled achievement in a country dominated by security services beholden to Mr. Putin.

Still, even many Putin opponents kept their distance from Mr. Navalny, criticizing him as quick to denigrate anyone he viewed as insufficiently loyal and with little political agenda other than to unseat Mr. Putin. They questioned his participation in Russian nationalist movements a decade ago and condemned his past racist statements about people from Russia’s predominantly Muslim Caucasus region.

And in the years after his biggest electoral success — drawing 27 percent of the vote in the 2013 election for mayor of Moscow — Mr. Navalny grew more angry at Mr. Putin, people close to him say, and even more determined to bring him down.

“He felt that everyone else should feel what he feels,” said Evgeny Feldman, a Moscow photographer who has covered Mr. Navalny extensively. “He was just radiating that anger.”

Mr. Navalny, the son of a Red Army officer, grew up in the 1980s in closed military towns outside Moscow, a world away from the intellectual and political ferment that gripped the capital in the last years of the Soviet Union. His father despised Soviet rule, and his mother, an accountant, became an early devotee of the liberal Yabloko party in the 1990s despite its perpetually dismal electoral results.

As a boy, he hated being told what to do. When he got in trouble with his teacher, his mother, Lyudmila I. Navalnaya, once recalled, he refused to go to school the next day, saying: “I don’t want anyone to force me to learn.”

He studied law and finance, worked as a real estate lawyer, and joined Yabloko in 2000, the year Mr. Putin was first elected president. He looked for ways to organize grass-roots opposition to the Kremlin at a time when the established opposition parties were coming to play only a theatrical role in Mr. Putin’s tightly choreographed political system known as managed democracy.

He soon focused on the corruption of Mr. Putin’s inner circle as the root of all of Russia’s ills. It was something of a political common denominator. Who, after all, is publicly in favor of corruption?

He organized to stop what he called lawless Moscow construction projects, moderated political debates and started a radio show. He bought stock in state-owned companies, using his standing as a shareholder to force disclosures, and railed against Putin-supporting business tycoons on a blog that was widely read in Moscow’s financial circles.

He also joined rallies held by Russian nationalist groups that depicted white, ethnic Russians as beaten down by immigration from Central Asia as the federal government extended financial support for the poor, predominantly Muslim regions of the Caucasus.

One of Mr. Navalny’s early slogans was: “Stop feeding the Caucasus!” Yabloko expelled him in 2007 for his nationalist activities.

Still, a dean of Moscow’s liberal establishment, the radio host and magazine editor Yevgenia M. Albats, took Mr. Navalny under her wing. His nationalism, she said, was an effort to engage with resentful and impoverished Russians who were typically ignored by Moscow’s liberals. Those close to him say he no longer harbors his early nationalist views.

“The job of a politician is to talk to the many who do not share your views — you have to talk to them,” Ms. Albats said in a telephone interview from Cambridge, Mass., where she is a senior fellow at Harvard University. “That’s exactly what he was trying to do.”

“He was not fighting corruption, I am sure of it,” said Dmitri Dyomushkin, one of Mr. Navalny’s nationalist allies in the early 2000s. “He was fighting for power.”

Mr. Navalny gained fame as a fiery leader of the anti-Kremlin protests of 2011 and 2012, but even then he was playing a longer game than his fellow activists. He hired Leonid Volkov, a former software company executive, to help him build a donation-funded political machine.

“We need to transform institutions,” Mr. Volkov, who is coordinating the response to Mr. Navalny’s arrest from the relative safety of Lithuania, said in a telephone interview. “We have long understood perfectly well that small changes to the system from within are not possible.”

In 2017, Mr. Navalny released a video report about the hidden wealth of Dmitri A. Medvedev, the prime minister at the time. Overruling his aides’ skepticism over whether those who watched the video would take to the streets, he called for protests, and thousands rallied in more than 100 cities.

The Kremlin tried its best to muzzle Mr. Navalny through constant harassment, but it never entirely squelched him — both to avoid making a martyr of him and to provide a way for society’s discontents to blow off some steam. That approach already seems to have been discarded in favor of greater repression; state television, which long mostly ignored Mr. Navalny, now dedicates lengthy reports to painting him as an agent of the West.

Besides the 2014 conviction for embezzlement, Mr. Navalny endured many smaller humiliations, Ms. Albats, the radio host, recalls: among them ubiquitous, privacy-destroying surveillance and the gratuitous cruelty of confiscating his daughter’s beloved iPad. She said that the support, endurance and conviction of his wife, Yulia B. Navalnaya, kept him going. And his fight against Mr. Putin became ever more personal.

“He had this choice: stay in politics, and keep creating trouble for his family, his brother’s family, his parents,” Ms. Albats said. “Of course, it leads to the hardening of your heart.”

The authorities barred him from running in the 2018 presidential election, but he still crisscrossed the country, opening more than 80 regional offices and agitating for a boycott of an election he saw as rigged to give Mr. Putin a fourth term. He organized nationwide protests and poll-watching efforts, and built up an investigative team that pored through public records and social media to document the questionable dealings of the Russian elite.

“The strategy is this: This is a personalized regime rooted in Putin’s popularity,” Mr. Guriev, the economist close to Mr. Navalny, said of that approach. “That is why Putin’s rating needs to be destroyed.”

Mr. Putin had been riding high in opinion polls since the annexation of Crimea in 2014. But around mid-2018, the government raised the retirement age by as much as eight years, and incomes were dropping when adjusted for inflation. Amid the coronavirus lockdown last spring, public discontent spread even more.

Mr. Navalny and his allies believed the stage was being set for the sort of upheaval they had long been preparing for. Last summer, mass protests gripped neighboring Belarus as well as Russia’s Far East, pointing to growing risks for Mr. Putin.

Then, in August, Mr. Navalny collapsed on a flight over Siberia, screaming in pain. Western laboratories later determined that he had been poisoned by a military-grade nerve agent — Mr. Putin denies any involvement — and survived thanks to the pilots who made an emergency landing and the medical workers who first treated him in the city of Omsk.

He was airlifted to Germany for treatment. Soon after coming out of a coma, he re-engaged with the world’s political debates. He slammed Twitter’s decision to silence then-President Trump’s account as an “unacceptable act of censorship.”

And in recent weeks, Mr. Navalny has done his best to exude optimism.

“Everything will be OK,” Ms. Albats said he wrote to her from jail. “And even if it won’t be, we will console ourselves with the knowledge that we were honest people.” 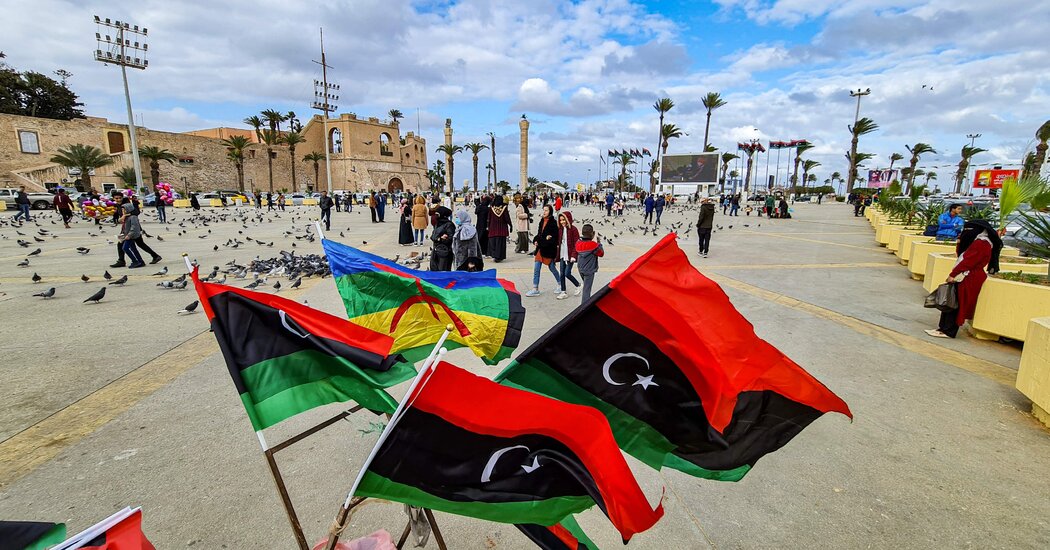 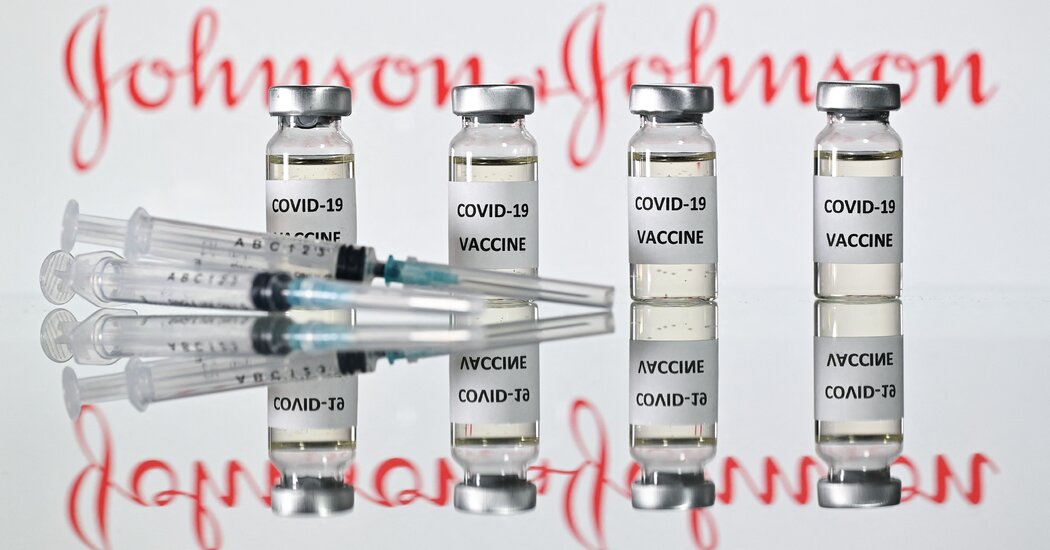 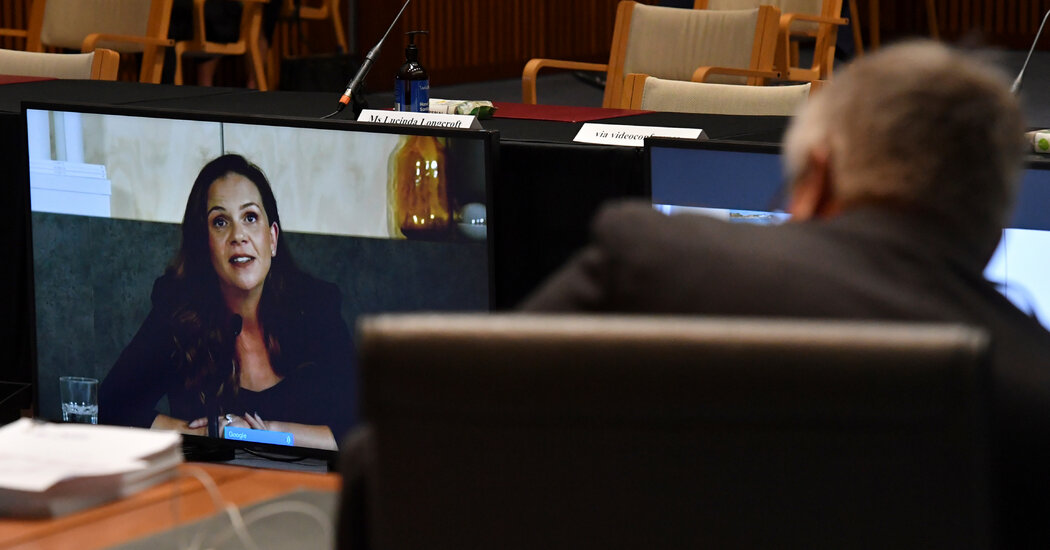 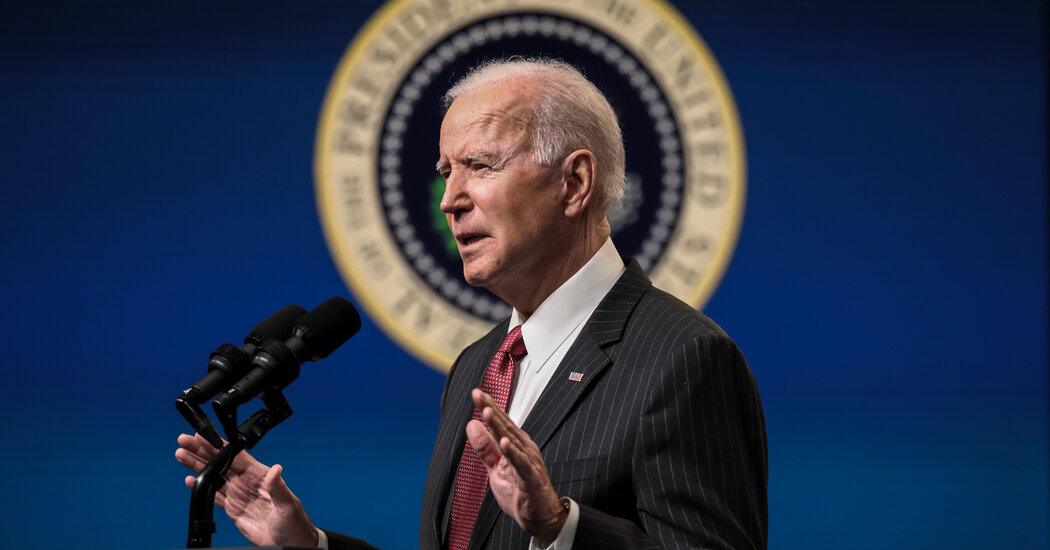