The Spitz family of dogs hails from the Arctic region of Iceland. Their original purpose was herding, pulling sleds and guarding. Pomeranians are a Spitz and started out as a much larger breed, guarding their owners’ property and warning of intruders. The Spitz breeds shared several wolf-like traits: small ears to protect against frostbite; an insulating, dense undercoat to trap the warmth; and a tail tightly curled over the back.

In time, the Spitz was brought to Europe, along the southern coast of the Baltic Sea. This region was called Pomerania, which now includes parts of modern-day Poland and Germany, where the breed got its name. Pommore or Pommern means “on the sea.” Canine historians believe this is where the downsizing of the breed began. Many paintings and prints from the 18th century show Poms of various sizes and colors.

The dog-loving British royals took a fancy to the Pomeranian and helped promote the breed’s popularity. Queen Charlotte influenced the progress of the breed when she brought two Poms to England in 1767. Phoebe and Mercury were depicted in paintings by Sir Thomas Gainsborough. Although the pair was larger than today’s Pomeranian, weighing probably 30 to 50 pounds, Queen Charlotte’s Poms nevertheless had the small ears, heavy coat and curled tails that are trademarks of the breed. The Prince of Wales (later George IV) had a black-and-white, parti-colored Pom named Fino that was the subject of a painting in 1791.

In 1873 the Kennel Club (England) was formed and the so-called Spitz dog was among the first breeds recognized. Poms shown at the time weighed about 18 pounds. In 1888, a Pomeranian from Florence, Italy, named Marco was sent to Queen Charlotte’s granddaughter, Queen Victoria. Marco weighed 12 pounds and was the start of a large breeding kennel Queen Victoria established. Because she was such a popular monarch, the Pomeranian’s popularity also grew, particularly the smaller specimens. At one time she had as many as 35 Poms in her kennel, and on her deathbed, she asked for Turi, a favorite Pom, to be at her side.

The Pomeranian in America

Pomeranians were first exhibited in this country in 1892. In 1900, the American Kennel Club (AKC) recognized the breed, and the American Pomeranian Club (APC) was formed. The APC held its first national specialty show for the breed in 1911 and drew a whopping entry of 262 Poms. (Did you know: Two of the three dogs to survive the sinking of the Titanic were Poms, one bundled into Mrs. Rothschild’s bag on a lifeboat.

Throughout history, Poms have captivated composers and artists. Mozart dedicated one of his finished arias to his pet Pom, Pimperl. Frederic Chopin, enchanted by a friend’s Pom chasing his tail, wrote the song Waltz of the Little Dog. While Michelangelo was painting the Sistine Chapel, his Pom sat below on a satin pillow supervising the action.

No breed comes in as many colors and color patterns as the Pomeranian. You will find them in all solid colors (black, blue, chocolate, red, orange, cream, white); parti-colors (white with even patches of color); black, blue or chocolate, each with tan points above the eyes, on the cheeks and on the lower legs; brindle (stripes); and merle, a color pattern giving a mottled or marbled appearance. Whatever your heart’s desire, from delicate pastel to bold, dramatic multi-color, there will be a Pom somewhere to satisfy your tastes.

The Pomeranian is a double-coated breed. The official breed standard states that the body “should be well covered with a short, dense undercoat, with long, harsh-textured guard hair growing through, forming the longer, abundant outer coat which stands off from the body. The coat should form a ruff around the neck, framing the head, extending over the shoulders and chest.”  While grooming is not difficult, the thick coat tangles easily, so combing out mats and brushing thoroughly is recommended several times a week. Frequent grooming to keep the mats at bay is especially important when the undercoat is being shed, twice yearly.

Pomeranians are confident in nature, friendly and animated. Alert and always aware of changes in their environment, excessive barking needs to be addressed early before it becomes a chronic problem. This breed loves being the center of attention, which can sometimes get them into trouble if they become too demanding or want to take on a larger, stronger dog they think is stealing their spotlight.

Pomeranians are hugely popular with entertainers and jet-setters. Poms are always ready for the next close-up. Actors who are partial to Pomeranians include Gwen Stefani, Jessica Alba and Keanu Reeves. Socialites and TV celebrities who are never without their Poms include mother-and-daughter Sharon and Kelly Osbourne, and Real Housewife of Beverly Hills Lisa Vanderpump.

Allan Reznik is a journalist, editor and broad-caster specializing in dog-related subjects. He is the former editor-in-chief of Dogs in Reviewand former editor of Dog Fancy magazine. A city dweller all his life, on both coasts, he now enjoys the rural South with his Afghan Hounds, Tibetan Span-iels and assorted rescues. 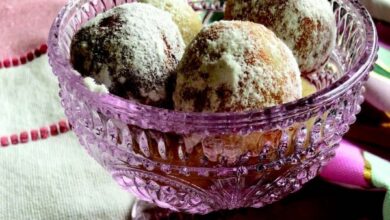 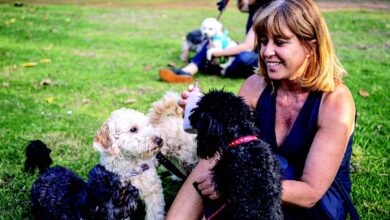 The Ins & Outs of Joining a Dog Group 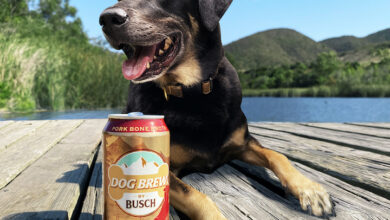