Happy New Year, y’all! We made it. 2020 is officially in our rear view mirror, and I couldn’t be happier about that. But that dreadful year couldn’t just go quietly at the end. It took my grandmother — my last remaining grandparent — with it.

I’ve mentioned her several times before in previous posts, so those of you who have been around for a while may remember me writing about her. Her grandchildren called her Mernie. She was an amazing woman, a force of nature, and a huge influence on my life. This was her on her 104th birthday.

Mernie was born in 1912, and died last Tuesday, December 29, at the age of 108. It’s hard to even imagine everything she saw and experienced over her 108 years, having been born before indoor plumbing was common and outhouses were the norm, and before cars were common, and before most houses had electricity and were still being lighted with kerosene lamps and heated with wood stoves. She had such amazing and funny stories to tell of her childhood, dating my grandfather, and life in general over her 108 years.

People often ask me how I got into building and DIY and sewing and all of the other things I do, and both of my mom’s parents were a huge influence on my creative life. My grandfather, who we called Dad, had a workshop by their house filled with tools and projects he was working on. When I was little, I remember being amazed at all of the tools and the things he could make with them. He’d build furniture, decorative items, cabinets, etc. When I was probably in my early teen years, he taught me how to use his miter saw. I remember being terrified of it, but also thrilled with the experience. That was certainly the beginning of my interest in power tools.

But the reason Mernie was such a huge influence to me and everyone who knew her was because she was the most determined and courageous person I’ve ever known. I’ve told this story before, but I’ll tell it again.

Forty-seven years ago, Mernie and Dad were remodeling a bathroom in their house. The bathroom had a closet with a hot water heater in it, and just as they opened a can of some sort of solvent-based chemical, the hot water heater came on, and the vapors from the chemical caught on fire and trapped Mernie in the bathroom. Dad tried to pull her out, and ended up getting pretty badly burned. But Mernie got the worst of it. She ended up with third-degree burns over almost 60% of her body.

The doctors were convinced that she would not survive. They told the family that even if, by some miracle, she did happen to survive, she would basically be completely bedridden and helpless for the rest of her life, with no use of her legs, her arms, her hands, etc. She would be completely dependent upon others to take care of her 24/7.

Well, they clearly didn’t know who they were dealing with. As I said, she was the most determined woman I’ve ever known. She suffered through weeks and weeks of torturous treatment and therapy, and was in the hospital a total of three months. I happened to be born when she was in the hospital.

When she was released, the hospital issued her papers stating that she was totally and permanently disabled. Well, that made her mad, and she became determined to prove them wrong.

The morning after she was released from the hospital, she got up and cooked a big breakfast for her and my grandfather, and then she just kept going. About three years later, she was up on the roof helping to re-roof the house. She was simply NOT going to let anyone tell her what she couldn’t do, or what she wasn’t capable of doing. If someone told her she couldn’t, she was going to prove them wrong.

And that was how she lived her life. She had hardship after hardship, but her sheer determination and her unwillingness to wallow in self-pity, along with her unwavering faith in God, kept her going through thick and thin. And her determination was such a huge influence on so many people who knew her. I so wish all of you could have known her!

After my grandfather died, she continued to live by herself in their single-family house until she was 100. When she turned 100, she decided to sell her house and move into an apartment in a retirement center where she could still have her independence while not having to take care of a yard and all of the things that come with home maintenance. She was an awe-inspiring woman all around.

While it was incredibly sad to say goodbye to such an amazing woman, I couldn’t be more blessed to have been able to call her my grandmother. I’m so thankful for her 108-year legacy, and her 47 years of influence on me personally will live with me for the rest of my life.

So with that, I say good riddance to 2020. What a year, huh? It’s one that none of us will soon forget. No matter what life brings in this new year, I’m making a decision right now to face things head on, with sheer determination and grit, just like Mernie would do. Here’s to a new year, a fresh start, and renewed determination. I’m very excited to get back into the full swing of things, dive into some projects, and get back into DIY mode. I’ve got a lot planned for this year, and I’m excited to bring you along with me!

UPDATE: Mernie actually wrote an autobiography in 2011 called Seasons Of My Life, by Thelma Little. You can download it on Amazon for 99 cents. This version doesn’t have as many pictures, but the stories are the same. The hardback version is available on Lulu.com. 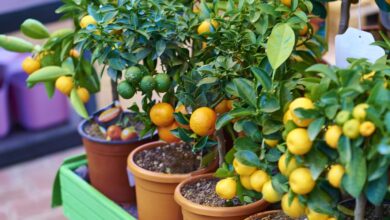 8 Fruit Trees You Can Grow on Your Porch 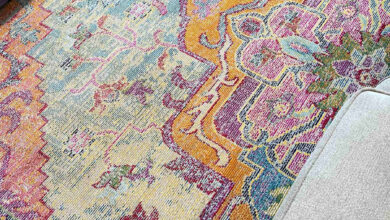 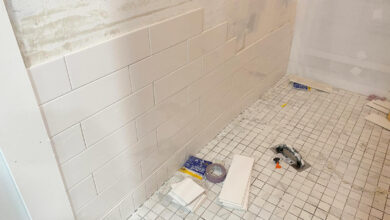 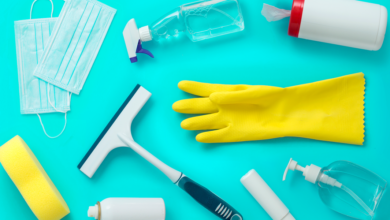 Cleaning and Disinfecting Your Home During the Coronavirus Pandemic