India’s troubled shadow banks face mounting challenges to a nascent recovery from the pandemic, with their asset quality set to deteriorate further as flagged recently by the financial regulator.

Non-performing assets already swelled in the most recent data to the highest in at least five years, at 6.3% as of March 2020 even before the worst of the pandemic impact, the Reserve Bank of India said in a report last week. That’s up 100 basis points from a year earlier, and the RBI forecasts it’s headed higher.

Recent days have brought more reminders of strains, as creditors to bankrupt shadow lender Dewan Housing Finance Corp. voted on a takeover plan. Further financial pain in the industry could threaten a recent rebound driven by stimulus last year. Ample liquidity helped non-bank lenders’ borrowing costs stay near a five-year low in December, according to a measure that’s among four indicators compiled by Bloomberg to check on the health of the industry. 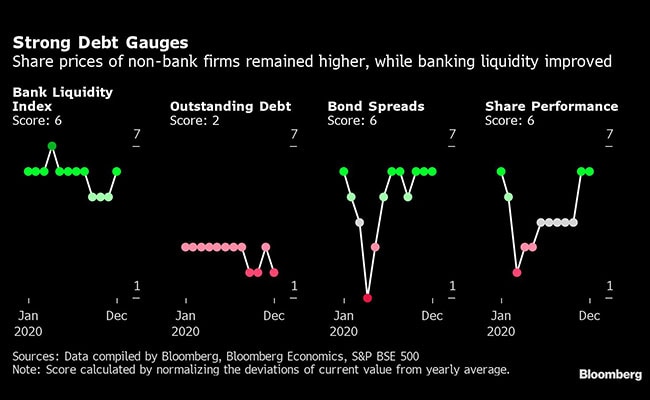 Shadow lenders fund a wide range of businesses from small holiday tour operators to property giants. Any setback would not bode well for an economy already heading for its worst annual contraction since the 1950s this financial year. Fitch Ratings this month said rating outlooks have turned negative for many non-bank financial companies and that asset quality risks loom as support measures may be pared down this year.

Non-bank finance companies and housing finance firms are the largest borrowers of funds from the nation’s financial system, the RBI said in the report. A substantial part of that funding comes from banks and hence any failure of a shadow lender could act as a solvency shock to their banks.

To be sure, the central bank last month said it would introduce risk-based internal audits at large non-bank finance companies. The authority is also monitoring the country’s 100 non-bank lenders rigorously to ensure financial stability is maintained.

The scores attached to each of the indicators have been calculated by Bloomberg by normalizing the deviation of the latest value of the indicator from its yearly average. They are assigned on a scale of 1 to 7, with 1 implying weakness and 7 showing strength. 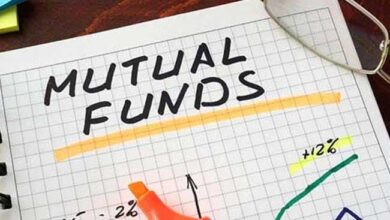 Here’s All You Need To Know About ESG Funds