Anyone who remembers the funeral of Diana, the Princess of Wales, in 1997 can’t help being haunted by the wrenching sight of her two young sons, Princes William and Harry, walking slowly behind her coffin as it made its way to Westminster Abbey. Their hands were clasped in front; their heads were bowed. Harry looked so small in his suit.

That image has reverberated down the years, a ghostly reminder of the princes’ traumatic childhood, and it hovered again in the background as Prince Harry and his wife, Meghan, spoke to Oprah Winfrey on Sunday night.

While the British tabloids like to cast Meghan in the villainous role of the Duchess of Windsor — the American divorcée who lured away their king in 1936 and lived with him in bitter exile, causing an irreparable family rift — Harry and Meghan seem determined to position her instead as a latter-day Diana, a woman mistreated by her in-laws, more sinned against than sinning.

Harry has often spoken with anguish and bitterness about what happened to Diana all those years ago when she was cast out of the royal family after her divorce from Prince Charles and later died in a car wreck in a Parisian underpass, the paparazzi in hot pursuit. He raised the subject again on Sunday, drawing parallels between the experiences of his mother and his wife and saying, of Diana, that he has “felt her presence through this whole process.”

It felt Shakespearean, the sense of history repeating itself through the immutable structure of a royal lineage and an ancient institution — while a prince spoke of breaking free from the old patterns and finding a new way forward.

Harry made the comparison explicit on Sunday when he referred to the “constant barrage” of criticism and racist attacks on his wife.

“What I was seeing was history repeating itself,” he said, though he described the treatment of Meghan as “far more dangerous” because of the ubiquity of social media and the corrosive element of racism.

Meghan’s discussion in the interview of her mental health struggles as a royal wife, of loneliness and desolation and thoughts of suicide, were reminiscent of Diana’s account of the bulimia and depression that consumed her during her own marriage. Both women said they had desperately sought help from the family, only to be ignored and rebuffed.

But just as with his mother, when Meghan pleaded for help, he said, none was forthcoming. Instead, the family dismissed her concerns and told her, essentially, to keep her head down.

The couple was repeatedly told: “This is how it is. This is just how it is,” Harry said.

There are many parallels between Meghan and Diana.

Like Diana, Meghan married into a family that did not understand her and believed she would conform, without complaint, to royal customs and protocol. As with Diana, when Meghan proved unable or unwilling to tow the family line, she said, the palace did nothing to dispel the emerging public narrative that she was demanding, petulant, entitled. And like Diana, Meghan found herself hounded by the tabloids, which accused her of constantly seeking attention while happily filling their pages with stories about her.

Diana was just 20, and very sheltered and naïve, when she and Charles married; Meghan was 36 and worldly, having made her own living for years, when she married Harry. She was also divorced, with a high-profile job as an actress.

And Meghan is American, with an American sensibility.

Diana came from a culture of reticence in which tradition is venerated; Meghan comes from one where it is normal to ask for help, to discuss your feelings and to suggest that there might be better, newer ways of doing things.

Still there were more than a few hints of Diana when Meghan sat down with Oprah for the interview. Meghan wore a diamond bracelet that had once been Diana’s. (Diana’s most famous piece of jewelry, her sapphire-and-diamond engagement ring, can now be found on the finger of Prince William’s wife, Kate, the Duchess of Cambridge.)

Then there was the interview itself.

The bold decision of a royal wife to level criticisms against her husband’s family in a televised special was reminiscent of Diana’s 1995 interview with the BBC. That was the one in which, in somber tones, she revealed that her marriage had always been doomed because there were “three of us” in it: her, Charles, and Camilla Parker Bowles, his longtime lover and later his wife.

But it was Harry who most pointedly invoked his mother on Sunday. He said he believed Diana would have been angry and sad at the couple’s treatment. And he said she would have supported their decision to leave Britain and seek a new life away from the constraints of the royal family.

Given her experience, he said, his own plight had an air of inevitability to it.

“Touching back on what you asked me — what my mum would think of this — I think she saw it coming,” he told Oprah. “But ultimately, all she’d ever want is for us to be happy.”

For Harry, there is the added element of knowing that his father caused his mother pain, and that Charles knew how unhappy she was as a royal wife. Now, he told Oprah, he and Charles have had a falling-out over Meghan, with his father at one point refusing to take his calls.

“There’s a lot to work through here,” Harry said. “I feel really let down, because he’s been through something similar. He knows what pain feels like, and Archie’s his grandson. At the same time, of course, I will always love him. But there’s a lot of hurt that’s happened.”

Toward the end of the interview, Harry spoke of his son, Archie, and his new life in California. He sounded both loving — and wistful. For a moment, he seemed to be recalling how it felt to be without a mother at the age of 12.

“The highlight for me is sticking him on the back of his bicycle in his little baby seat and taking him on these bike rides,” he said. “Which is something I was never able to do when I was young.”

Sanctions Are Reimposed on Israeli Billionaire Granted Relief Under Trump 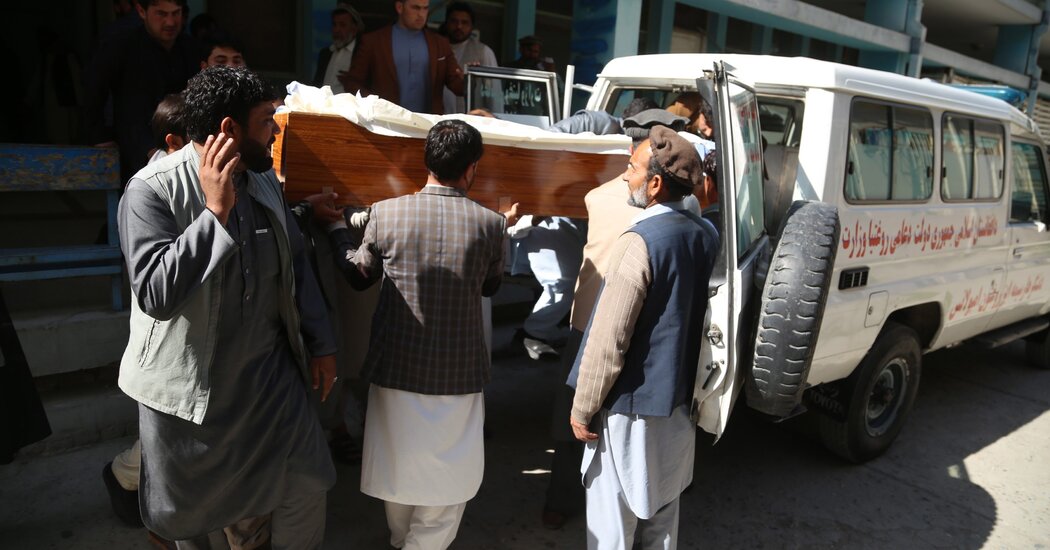 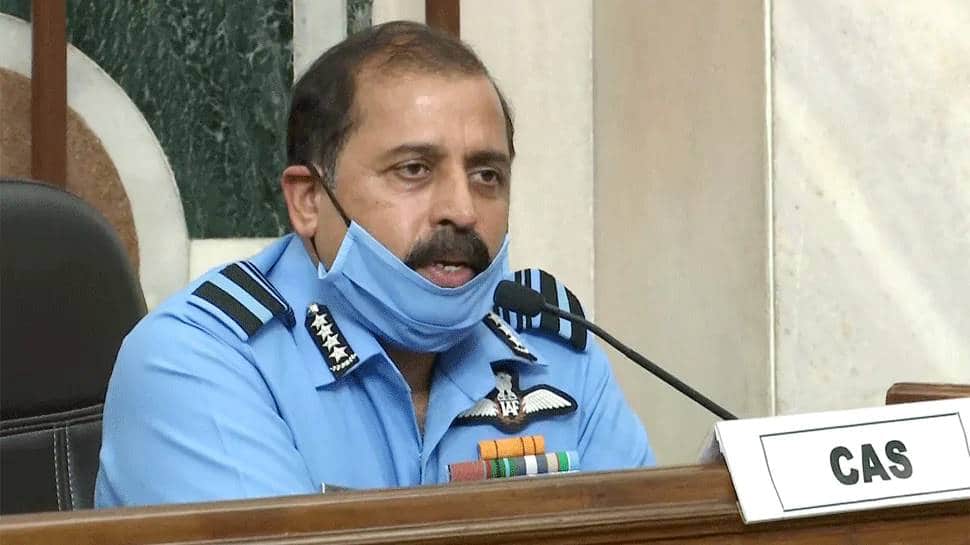 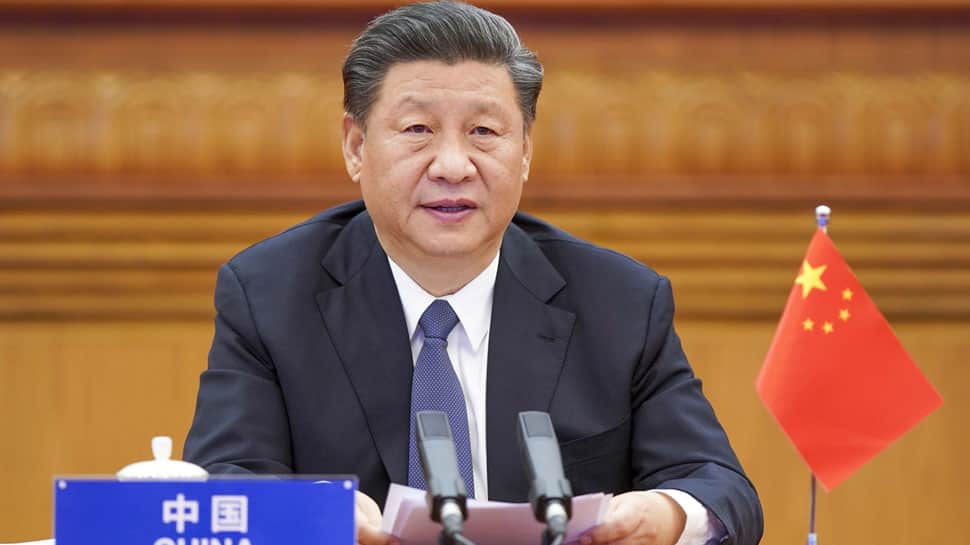