Actress Nikita Dutta, who is known for her performances in films The Big Bull and Dybbuk, lost her phone on Sunday after two bike thieves “snatched” it from her hand in Bandra, Mumbai. By Nikita’s account, she was walking on the 14th road in Bandra when two thieves on a bike “tapped” on her head, “snatched” her phone and fled. In an Instagram post on Monday, the actress shared her horrible experience and wrote: “Sharing a torrid experience I had yesterday which was very dramatic and has given me a rough 24 hours. I was walking on the 14th road in Bandra around 7:45 pm in the evening. Two men came on a bike from behind, tapped me on my head which suddenly disoriented me for a moment and the pillion rider snatched my phone from my hand. They were on the move when they did this. So, before I could react. they fled away.”

She added: “For almost 3-4 seconds I was in absolute shock as I didn’t register what just happened. By the time I gathered myself and ran behind the bike, they had gone too far. The walkers nearby were sweet enough to rush for help. A kind man on a two-wheeler even tried to follow them after hearing me yell for help but was in vain in keeping track as they drove rashly and just got away in no time. With all the helplessness and rage I felt in that instance it almost gave me a panic attack.”

Nikita Dutta shared that she filed a complaint at the Bandra police station and “did all the needful things as per procedure”: “Was lucky enough to have some very helpful people around who calmed me down gave me some water as tears rolled down uncontrollably. Later I did file a complaint at Bandra police station. Did all the needful things as per procedure. Writing this message in hope to create awareness. I hope this doesn’t happen to anyone else and no one has to experience losing their hard-earned money like this without any fault of theirs.”

Restoring a 1788 House in Charleston, S.C., With a Walled Garden

On 5th Anniversary, Hazel Keech Posts An Unseen Pic With Yuvraj Singh From Their Wedding What The Makers Said After The Emma Watson Oopsie 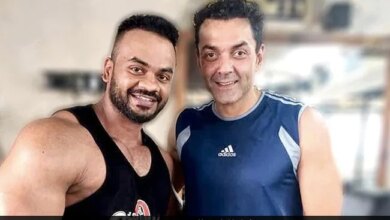 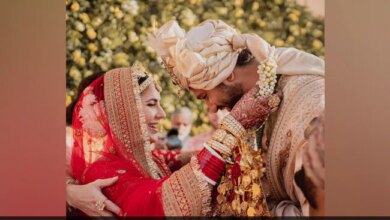