Last week’s intro centered on uncertainty, so let’s follow up with a few truths.

Toronto still can’t play D, the Habs are real (for the most part) and Ottawa is awful. Just how bad are the Sens? They’ve made the Canucks look like vintage Oilers. And they’ve allowed the current Oilers to run up points like a pinball machine. Just imagine how scary Edmonton would be if it was not weighed down by a 3.58 GAA and .890 save percentage.

Of course, everything beyond the North Division remains a crapshoot. Or maybe we don’t really know about anything yet. Before you can make educated assessments on teams/players, it’s probably best to see how they fare against ALL divisional opponents. At the same time, fantasy is generally a daily/weekly exercise where quicker decisions need to be made to survive. If only there were online tools that could help with that …

… Oh, right, there’s RotoWire! As always, be sure to check the latest player news on the site along with our hockey content to set your lineups and manage your rosters.

Below are some readily available players who can help, while trying to limit those on teams affected by protocol-related delays, though things may change by the time you read this.

We’ve always wondered what Garland could do if given more ice time and now we’re seeing the results from the first nine games. The three goals are a given, but the five assists come as a nice supplement for someone considered a sniper. Garland’s kept that reputation by accumulating a whopping 38 shots and should get more in the net as his luck improves. Top line 5-on-5, top power play. Any questions? (NOTE: Arizona’s weekend games against Minnesota are postponed.)

Joe Pavelski has received most of the attention with 14 points, and players like Alexander Radulov and Denis Gurianov are playing their part, but let’s remember there are other Stars contributing. Hintz missed a couple games after opening with five points in the first two and found the scoresheet again Tuesday with a power-play assist. He’s centering Dallas’ second line and also plays pivot on one of the league’s hottest man-advantages that’s converted 13 of 32 chances.

With Montreal set to play two against Ottawa, I tried to find as many Habs as possible to recommend. Unfortunately, most of their scorers are well above 50 percent covered. The best remaining option has to be Drouin, who enters play Thursday with a goal and eight assists. He should prolong that production against the Sens based on a place in the top-six and the first PP, with the second placement notable since Ottawa’s penalty killing is also predictably horrible.

If people voted on which NHLer they think is the most surprising forward on a team’s No. 1 power play, Killorn would rank high on that list. That’s not a knock against him considering he totaled 49 points during last season’s abbreviated schedule following two years in the 40s. Killorn sits in the heart of an excellent offense and skates in all situations. And did you know he leads all Tampa Bay forwards in ice time?

Since producing 73 points in 2016-17, Getzlaf has seen that total decline each year. He’s captained the Ducks for 11 seasons, but his influence has diminished with younger forwards joining the mix. At 35, Getzlaf is operating with the lightest workload of his career but continues to find scoring opportunities. The five assists might not be anything special, but he remains active on the man-advantage while working hard on faceoffs and delivering more than two hits per game.

The Sens might be bad, but there’s plenty of young offensive talent on display. Everyone is excited to see what Tim Stutzle will do in his first year, but many have patiently waited for Batherson to earn a full-time role after tearing up the AHL. He hasn’t disappointed, with a goal and four assists to go with 26 shots and 18 hits. Batherson also lines up on the top power play, where he averages more than five minutes while chipping in with four PPPs. If you can hold your nose with the plus-minus, then you’ll be rewarded with enough offense.

For anyone who lost Nathan MacKinnon, Compher should be added as a replacement since he’ll essentially fill the void. While he won’t be able to replace the superstar’s production, he is literally occupying the position between Mikko Rantanen and Gabriel Landeskog in major scoring situations. Compher got his first taste of luxury Tuesday and collected seven PIM — consisting of a fighting major and instigating minor — but couldn’t muster any points. There’s a chance the Avs could trade for a center depending on the severity of MacKinnon’s injury or their record, so Compher’s status could worsen in upcoming contests. But for now, consider him a decent target. (NOTE: Colorado’s game against Minnesota on Thursday is postponed.)

Take a look at Vegas’ top-six forwards. Do any names stick out, almost as if they don’t belong there? If you said Stephenson, then congrats, that’s the only answer. But don’t discount the former Capital, who generated 22 points in 41 regular-season games after moving from DC in December 2019. Stephenson is being entrusted to supply Mark Stone and Max Pacioretty while Cody Glass better acclimatizes himself to the NHL, but that scenario could flip when the Golden Knights return to action later this week.

Brodin has generally been a “more-valuable-in-real-life-than-fantasy” defender in his career, though he’s favorably trending thanks to added offensive responsibility. He’s still skating more than 23 minutes a game and blocking his requisite number of shots, but also co-leads all Wild D-men with six points. Based on previous totals, Brodin probably won’t keep up this pace. The encouraging note is a 2:10 average on the power play, a part of his game he’s not seen much action the last few seasons. If Brodin can maintain that role, maybe he can truly become a serviceable player at both ends of the ice. (NOTE: Including Thursday, Minnesota’s next four games are postponed.)

Byram hasn’t immediately racked up the stats like Cale Makar initially did, as the latter covers the bulk of prime offensive chances on Colorado’s blueline, but they’ve been paired on even-strength and that can only help the rookie’s progress. Byram has only managed one assist through the first eight games, which shouldn’t be a concern since he’s looked good in other areas. Once the 2019 fourth overall pick builds up ice time, his fantasy contributions should increase to be worth a spot in your lineup. In other words — and this only applies to non-dynasty leagues — get Byram before the inevitable rush. (NOTE: Colorado’s game against Minnesota on Thursday is postponed.)

It’s no secret Dunn has been the subject of trade discussion, but it’s not clear — other than a healthy scratch — whether the Blues really want to deal him. The significant drop following 35 points in 2018-19 and some defensive issues haven’t helped his cause, though he can still provide enough. Dunn produced three zeros to start the campaign but has since notched three goals and two assists. That may not be enough to keep Dunn in St. Louis, but it’s at least increasing his trade value. (NOTE: St. Louis’ game against Minnesota next Tuesday is postponed.)

Not much was expected from Joseph coming into 2021 considering the Pens were relatively set on D. That quickly changed a couple weeks ago when their backline contingent started dropping like flies. Joseph was subsequently promoted and achieved modest results in the form of one assist and a 14-minute average. And then, when Kris Letang left last Saturday’s matchup injured, the 21-year-old jumped into a much larger role and dished three helpers while skating on Pittsburgh’s second power play. Even when Letang and others return, expect Joseph to hold onto a decent spot as he appears to be a big part of the club’s future plans.

Fellow RotoWire scribes Janet Eagleson, Jason Chen, and Jan Levine have already covered Lankinen in their most recent columns, so this entry is merely a reminder to those who are still hesitating on him. It would’ve seemed ridiculous before the season to be this excited about a Chicago netminder, but the Finnish freshman is living up to the hype that followed him since leading his country to gold at the 2019 World Championships by posting a 2.09 GAA and .935 save percentage in seven games. The Central Division will undoubtedly be difficult, but Lankinen seems like an excellent goalie option when several other teams can’t even decide on a No. 1.

Petersen has mainly occupied a fill-in role the previous two years, but it’s time the Kings allowed him a larger workload. Not to diminish everything Jonathan Quick has achieved for the organization, but LA is clearly in rebuild mode and Petersen has performed well this season. Even though the 26-year-old has only recorded one win in four starts, he hasn’t allowed more than three goals in any of his four starts — which includes appearances versus the Avs and Blues — en route to a 2.29 GAA and .930 save percentage. By comparison, Quick has struggled with a 3.54/.885 line across five outings. 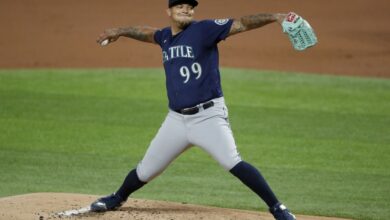 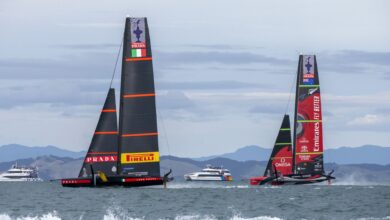 The lead, not speed, is a key so far in America’s Cup racing 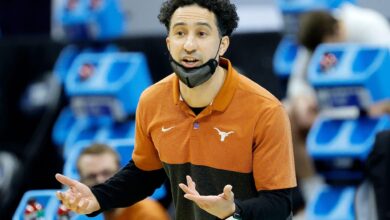