Adventure motorcycles are something that you would call ‘trending’ in the social media parlance. The last few years have seen many a manufacturer’s step into this segment, across varying price brackets and 2020 was no different. BMW Motorrad, Triumph Motorcycles, Ducati and Honda had new model launches that qualified for the adventure motorcycle of the year category at the 2021 carandbike awards. So, here are the nominees for the category and a gist of what each motorcycle is all about.

(Despite its positioning as a touring motorcycle, the F 900 XR can take on tough terrain as well)

The BMW F 900 XR is meant more for touring on tarmac rather than going off-road. It get an 895 cc parallel-twin engine which is essentially a bored out version of the 853 cc parallel-twin that does duty on the BMW F 850 GS and the F 750 GS. On the XR, it has a bigger 86 mm bore, with stroke remaining the same at 77 mm. The motor puts out 105 bhp at 8,500 rpm, with peak torque of 92 Nm at 6,500 rpm. The F 900 XR does the 0-100 kmph run in 3.6 seconds and has a top speed of over 200 kmph. The BMW F 900 XR gets a bunch of electronic rider aids. ABS is of course standard and additionally, the bike will get Rain and Road mode along with automatic stability control as standard too. Other standard features include full LED lighting. Like other BMW middleweights, the bike does get optional ‘Pro’ modes along with drag torque control, dynamic traction control, ABS Pro and dynamic brake control as well. The 6.5-inch full colour TFT screen is a standard fitment. The standard variant is priced at ₹ 10.95 lakh while the Pro variant is priced at ₹ 12.40 lakh (ex-showroom, Delhi). 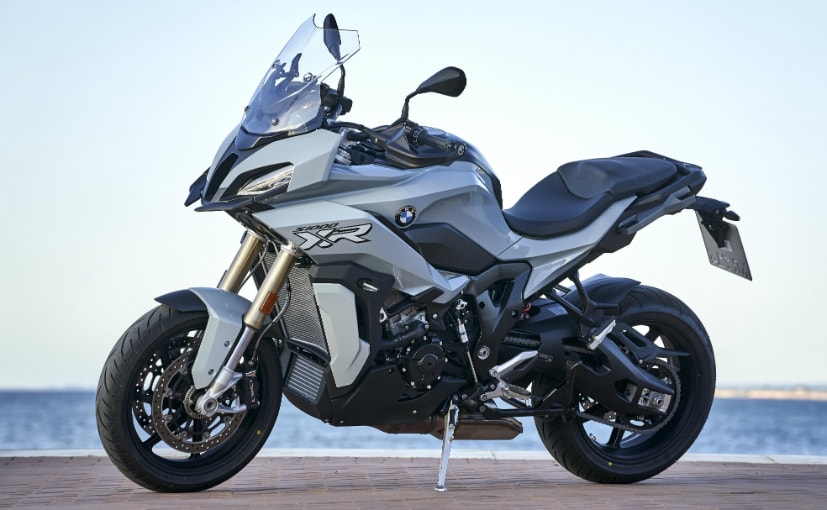 Elder sibling to the F 900 XR, the BMW S 1000 XR uses the same in-line four-cylinder engine from the S 1000 RR, which makes 165 bhp at 11,000 rpm and 114 Nm of peak torque at 9,250 rpm. The S 1000 XR too is an adventure sport touring machine, meant to cover long distances really fast on tarmac. The motorcycle is built on a new flex-frame which is made of Aluminium and is lighter too. The engine works as a load-bearing element along with the frame. The overall weight of the frame is reduced by 2 per cent. The rear sub-frame is new too and it weighs 9 per cent lesser. The motorcycle is suspended on 45 mm USDs up front and a monoshock at the rear. The travel on the front suspension and rear suspension is the same at 150 mm. The BMW S 1000 XR is offered with a bunch of electronic rider aids. ABS is of course standard and additionally, the bike will get four riding modes which are Rain, Road, Dynamic and Dynamic Pro mode along with dynamic traction control and wheelie control along with hill start control as standard too. The BMW S 1000 XR Pro is priced at ₹ 21.30 lakh (ex-showroom, Delhi). It is the only variant which is sold in India and comes as a fully imported unit. 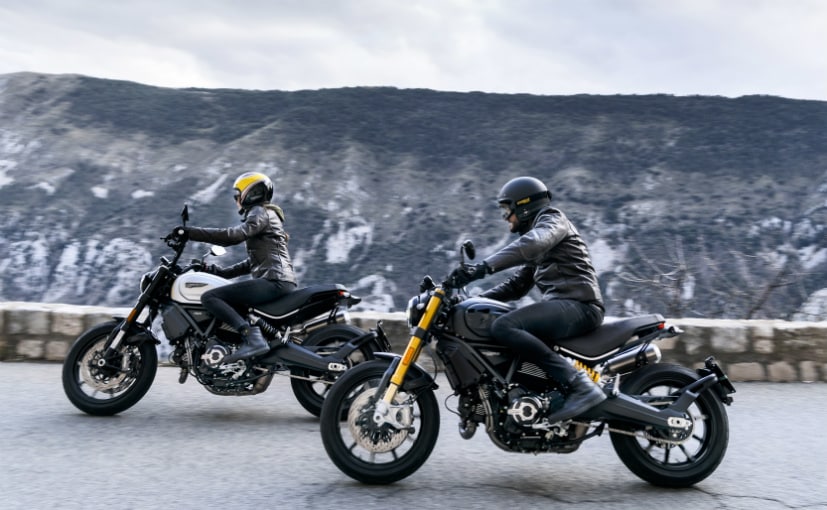 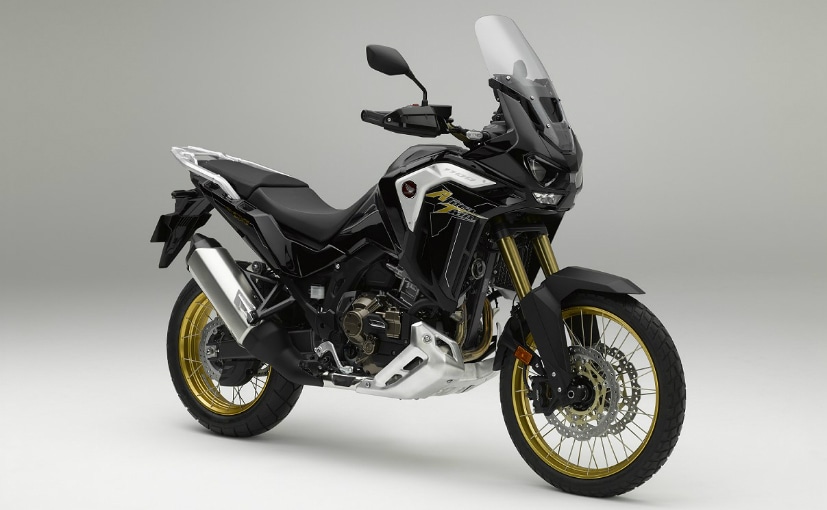 Honda updated its flagship adventure touring motorcycle, the Africa Twin last year. Along with a few cosmetic updates, it now gets a 1,084 cc, parallel-twin engine which makes 101 bhp at 7,500 rpm and peak torque of 105 Nm at 6,250 rpm. The engine now gets lighter aluminium cylinder sleeves and redesigned engine casings. The basic engine architecture has been retained but the bigger engine gets a longer stroke, up from 75.1 mm to 81.5 mm, and the same 92 mm to make for the additional displacement. The Africa Twin Adventure Sports model gets a bigger fuel tank of 24.5 litres, a taller windscreen and a bigger bashplate. The electronics suite of the Africa Twin Adventure Sports has also been updated, with the Honda Selectable Torque Control (HSTC), now powered by a six-axis inertial measurement unit (IMU). The engine now features four power levels and three levels of electronic engine braking, with seven levels of HSTC. The new touchscreen instrument panel now offers Bluetooth audio as well as Apple CarPlay connectivity. The new Africa Twin gets four default riding mode options – Tour, Urban, Gravel and Off-Road, and two more additional, and customisable riding modes. The dual-channel ABS system offers on-road and off-road settings, and ABS on the rear wheel can be switched off completely. Prices for the 2021 Honda CRF1100L Africa Twin start at ₹ 15.96 lakh (ex-showroom, Delhi). 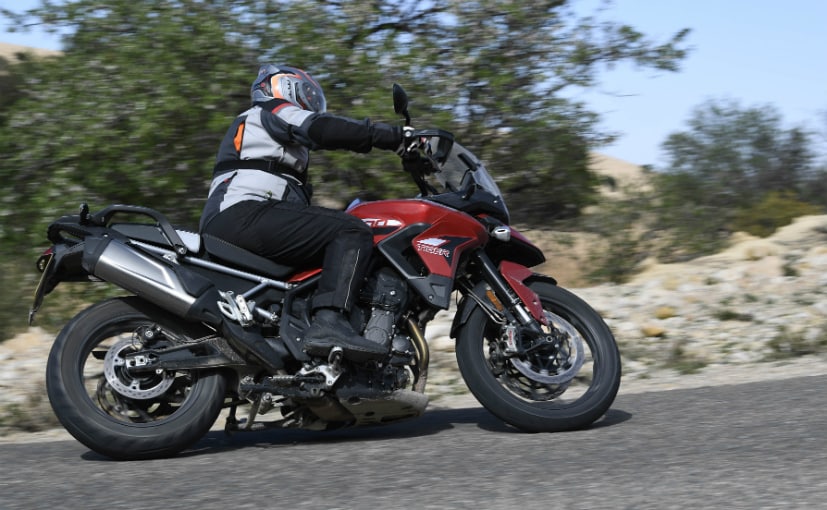 Lastly, it was Triumph Motorcycles that launched the all-new Tiger 900 range in India last year. The Tiger 900 gets three variants which are Rally (off-road biased), Rally Pro and the GT (road biased). The all-new Triumph Tiger 900 uses an 888 cc inline three-cylinder motor that has a unique 1-3-2 firing order, compared to the 1-2-3 firing order of the Tiger 800. The result is a distinctive engine sound, improved tractability and throttle feel, and more pulling power lower in the revs. Peak torque has increased by 10 per cent to 87 Nm at 7,250 rpm. While power output remains the same, Triumph says there’s 9 per cent more power in the mid-range, with the numbers being 94 bhp at 8,750 rpm. Suspension is handled by Marzocchi units, with 45 mm upside down forks on the base and GT models, and manually adjustable for preload with 170 mm rear wheel travel. The Tiger 900 Rally and Rally Pro come with 45 mm Showa upside down forks with full manual adjustability and 240 mm of travel, while rear suspension is also from Showa with manual preload and rebound damping adjustment with 230 mm of wheel travel. 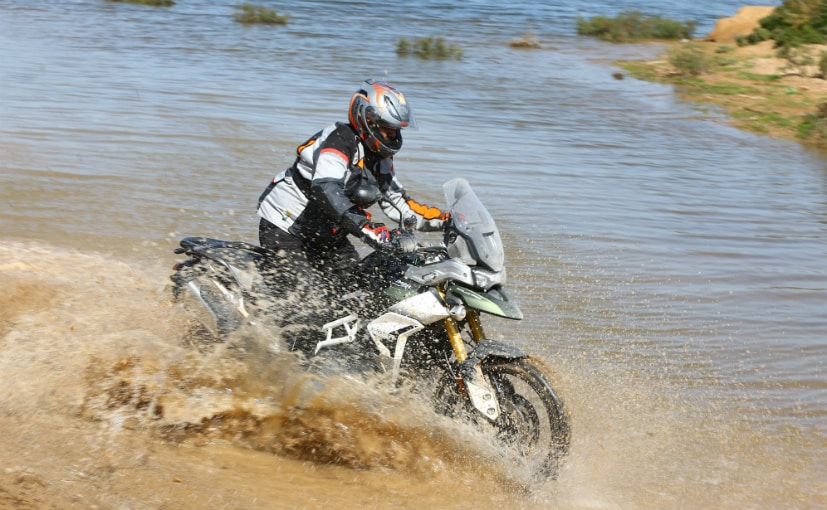 (The Tiger 900 Rally takes on the rough stuff with aplomb)