Latitude, a startup building games with “infinite storylines” generated by artificial intelligence, is announcing that it has raised $3.3 million in seed funding.

The idea of an AI-generated story might make you think of hilariously nonsensical experiments like “Sunspring,” but Latitude’s first title, AI Dungeon, is an impressively open-ended (and coherent) text adventure game where you can choose from a wide variety of genres and characters.

Unlike a classic text adventure like Zork — where players quickly become familiar with “you can’t do that”-style messages when they type something the designers hadn’t planned for — AI Dungeon can respond to any command. For example, when my brave knight was charging into battle, I typed “get depressed” and he quickly sat on a rock with his head between his hands.

“How does the AI know what’s a good story?” said co-founder and CEO Nick Walton. “Because it’s read a lot of good stories and knows the patterns involved in that.”

AI Dungeon actually started out as one of Walton’s hackathon projects. While the initial version didn’t win any prizes, he kept at it, assisted by improvements in OpenAI’s language generator, of which the most recent version is GPT-3. 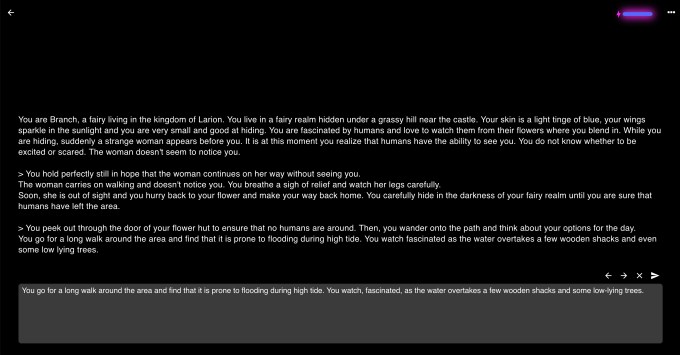 “The very first version of AI Dungeon I built was coherent on a sentence level, but on a paragraph level it made no sense,” Walton said. “Once you get to GPT-2, it makes a lot more sense. Once you get to GPT-3, it’s a lot more coherent on a story level. And so I think to a degree, these issues with coherency, the story not making sense, get solved as the AI gets better.”

Latitude says AI Dungeon is attracting 1.5 million monthly active users. The startup plans to create more AI-powered games, and eventually to release a platform allowing other game designers to do the same.

Walton noted that without AI, video games are always constrained by the imagination of its creators. Even when you get to games like The Elder Scrolls II: Daggerfall or No Man’s Sky, with randomly generated towns or planets, he argued that they’re really offering “the same spin on a similar concept.”

For example, he said that in Daggerfall, “When you go to all these towns, they’re all basically the same. That’s the problem with procedural generation: You’re not coming up with unique things.” AI, on the other hand, can come up with “something completely unique that’s so, so different every time.” 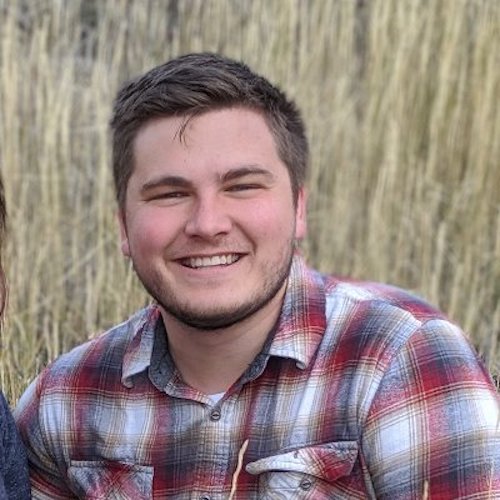 From a business perspective, he said that this could lower the cost of developing AAA games from more than $100 million to less than $100,000 — though Latitude has a ways to go before it reaches that level, since it hasn’t even released a game with graphics yet. Walton also said this could lead to new levels of immersion and interactivity.

“With this technology, you could have a world with tens of thousands of characters with their own hopes and wants and dreams,” he said. “You can have worlds that are dynamic, that are alive, rather than something like World of Warcraft, where you’ve got 10 million people who are doing the same quest.”

The startup’s funding was led by NFX, with participation from Album VC and Griffin Gaming Partners.

“Latitude is revolutionizing how games are made, creating a whole new genre of entertainment gaming fueled by AI,” said James Currier of NFX in a statement. “The best AI minds and engineers are gathering there to produce games that the world has never seen before. Latitude is already by far the leading AI games company.“

The tyranny of startup trends – TechCrunch 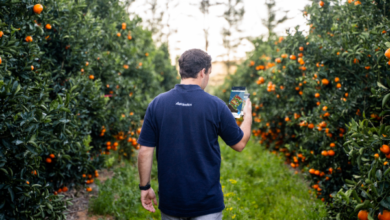 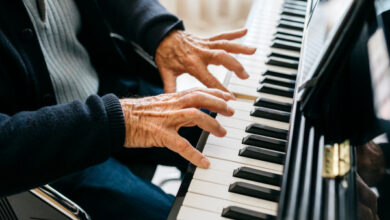 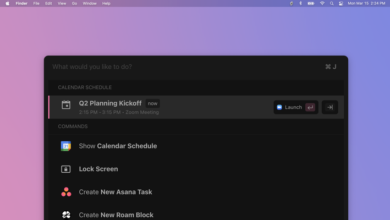