Fitness influencer Alexia Clark is starting 2021 with a brand-new fitness journey—but not for the reasons you’d think.

The “queen of workouts” underwent emergency stomach surgery two weeks ago and is now in the process of regaining her strength.

Without warning, she came down with an excruciating stomachache after eating dinner on January 2nd. “I thought it was food poisoning, but it progressively got worse,” she tells Women’s Health. As the night went on, the pain became “unbearable,” to the point where Alexia “literally thought [she] was dying, and that is no exaggeration.”

After throwing up, she went to the hospital, where doctors did a CT scan and told her that her intestines had twisted, requiring emergency surgery. Doctors diagnosed her with cecal volvulus, which occurs “when the cecum, which is between the small bowel and colon, detaches from the abdominal wall and twists on itself,” according to Healthline.

“It was definitely a shock to have this happen, but every single day it gets better,” Alexia says. “[Knowing] that has kept me positive and kept me going throughout the whole thing. I’m doing much better now than I was almost two weeks ago, that’s for sure.”

Alexia starts her new fitness routine on Monday and is working with her doctors and a physical therapist to design circuits that won’t engage her core too much. “A lot of the exercises I’m going to do will be lying flat on a bench or the floor or sitting down, and I’m going to be doing a lot of resistance band work for my legs,” she says. The focus will be on arm and leg strength.

To work on her upper-body strength, Alexia will be doing exercises like dumbbell chest presses, seated bicep curls, and seated shoulder presses. “There’s going to be basic, stable exercises that everybody should be doing, but I’m going to start off with very light weights and work myself up from there,” she says. To work her lower body, she plans to do banded air squats, side shuffles with the resistance band on, and bridges with a band.

As her body heals, Alexia is eating soft foods and cooked vegetables. “I haven’t gotten to eat anything raw yet, which I’m a huge vegetable lover, so it’s been hard not to eat hummus and veggies, and I really miss eating something like pizza, but it’s all about getting there day by day,” she says. Long term, her doctors assured her she wouldn’t have any issues with digestion.

Ultimately, she breathed a sigh of relief when doctors told her the good news: her recovery would be quicker because she’s so active during normal circumstances.

“It’s so important to be healthy and to make sure you exercise and take care of yourself,” she says. “This thing that happened to me can happen to anyone at any time, it doesn’t matter what you’ve done to prevent it. It can’t be prevented. What can be done is if you are taking care of yourself before something like this happens, you can bounce back quicker.”

COVID-19 vaccine administered to ineligible people in this state

How To Make South-Indian Style Tomato Chutney, And 5 Snacks To Pair It With 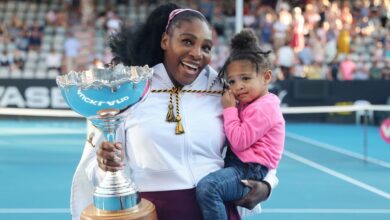 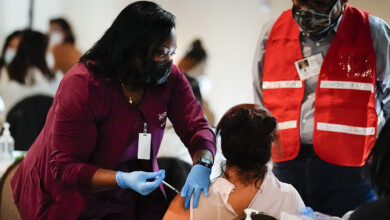