A familiar face! Amanda Stanton made her relationship with Michael Fogel Instagram official on Sunday, February 14, but some reality TV fans weren’t meeting him for the first time.

Back in December 2017, Us Weekly broke the news that Fogel was dating Corinne Olympios, who appeared on Nick Viall’s season 21 of The Bachelor. Their romance didn’t last long, however, as Olympios went public with Jon Yunger in mid-2018. After the Miami native split from Yunger, Us exclusively revealed she was smitten with Vincent Fratantoni, her current boyfriend.

Stanton, for her part, met Olympios while filming season 4 of Bachelor in Paradise in 2017. Fans may recall Olympios’ stint in Mexico was short-lived after production was briefly suspended to investigate a hot-tub incident between Olympios and contestant DeMario Jackson. While there was no evidence found of sexual misconduct, Olympios and Jackson did not resume filming the season.

The Now Accepting Roses author, meanwhile, competed for Ben Higgins’ heart on season 20 of The Bachelor before stints on BiP seasons 3 and 4. Following a brief engagement to Josh Murray and a fling with Robby Hayes, Stanton opted to stop dating within Bachelor Nation. Her romance with Fogel comes after her relationship with Bobby Jacobs, which ended in 2019, and her brief romance with attorney Oren Agman last year.

“Happy Valentine’s Day from Cabo (because chips, guac & spicy margs are the way to my heart)” Stanton captioned a photo with Fogel in Cabo San Lucas, Mexico,on Sunday via Instagram.

Stanton was previously married to Nick Buonfiglio from 2012 to 2015 and shares daughters Kinsley, 8, and Charlie, 6, with her ex-husband. The mother of two fought back on Sunday after a social media troll accused her of jumping from relationship to relationship every “six months. “Not true but OK,” she replied.

After another fan called her out for traveling to Mexico amid the COVID-19 crisis, Stanton responded, “I’ve come to realize life is a lot more peaceful when you just mind your own business.”

Scroll through for five things to know about Fogel: 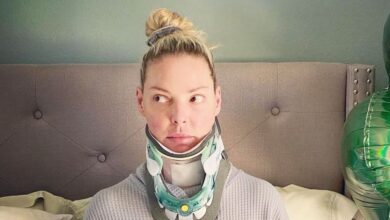 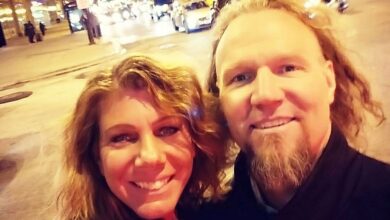 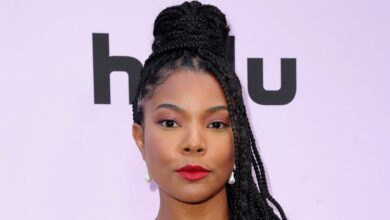 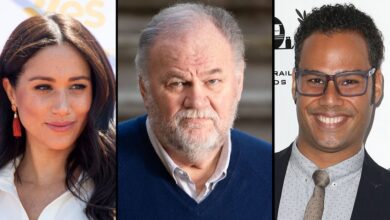 Meghan Markle Always Had ‘Complicated’ Relationship With Her Dad