The pandemic caused the rise of many things — sourdough bread, Zoom, sweatsuits, rollerskating — but few could have anticipated the increase in popularity of handcrafting. Knitting, embroidery, cross-stitch, and other sewing kits were suddenly sold out on Etsy, and newly minted crafters flocked to social media to show their progress. While I have long been an admirer of the craftsmanship that Chanel brings to its work each season, after spending months in lockdown teaching myself how to embroider a single leaf, the Chanel Fall 2021 couture show hit very differently.

In an interview with Vogue, Chanel designer Virginie Viard revealed it took one of the great feather designers in Paris, Lemarié, over 2,000 hours to complete the incredible gardenia-strewn cardigan jacket (look 21, below) crafted from individual feather strands using expert handwork.

Viard also invited some of the most renowned embroidery houses Paris — Lesage, Cécile Henri, Atelier Emmanuelle Vernoux, and Atelier Montex — to emulate the 19th-century French Impressionists who inspired the collection. These painterly inspirations came together in a show characterized by artistic detailing and romantic fabrication. Like an Impressionist painting, the sequinned tweed coats appeared to be made up of paint strokes, while embroidered blouses and embellishments resembled splashes of paint.

In addition to the artistic inspiration, the Chanel Fall 2021 couture collection played with duality. Opposites attracted in the most glorious ways on the runway as models walked with black bows on white dresses. Structured tweed jackets were paired with flowing ruffled skirts. And bursts of colour contrasted the ivory columns in the courtyard at the Palais Galliera.

The change of venue from the Grand Palais was a big shakeup for Chanel as it became an icon in its own right for the lavish shows the house’s previous designer Karl Lagerfeld used to stage. However, the new location was quite fitting as the Palais Galliera is currently hosting a retrospective exhibit focusing on Coco Chanel herself, and the icon acted as an essential inspiration for the current designer, Viard.

“It was when I rediscovered these portraits of Gabrielle Chanel dressed up in black or white 1880s-style dresses that I immediately thought about tableaux,” explains Viard in a press release. The most obvious example of this could be seen through the diverse silhouettes and waistlines. Skirts sitting right below the belly button quickly transitioned to whimsical, intimate-inspired empire waists, followed by a twenties-esque dropped silhouette.

Click through some of the most striking looks from the Chanel Fall 2021 couture collection below. 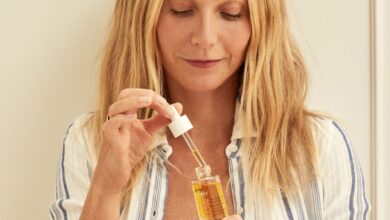 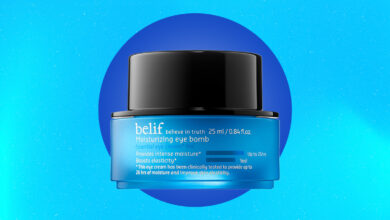 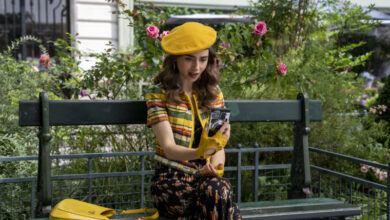 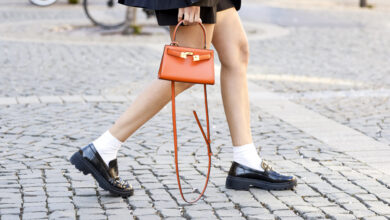