Since the fall semester began, students at nearly 20 colleges have protested what they describe as a culture of sexual assault and drug abuse at fraternity parties.

The surge of anger against predominantly white campus Greek life is striking. Hundreds of students have turned out to protest at some universities — in some cases as a reaction to a single sexual-assault allegation.

What’s more, students aren’t just calling for reforms. They’re demanding that individual fraternities, or their campus’s entire Greek-life system, be shut down permanently. They’re demanding the reshaping of who holds power over the campus social scene and what it looks like.

The question is whether this movement will lead to more change than past ones have.

Sometimes it feels like higher ed is having the same conversations over and over again about hazing, sexual misconduct, and racism in Greek life.

“Today people are asking whether fraternities have fallen out of step with the times,” The Chronicle reported in 2015. “A string of ugly incidents has reinforced the image of entitled white men egging each other on to behave badly: chanting racist songs, sharing pictures of incapacitated women, hazing their pledges.” The headline was, “Do Fraternities Have a Place on the Modern Campus?”

Six years later, the vast majority of fraternities are still right where they were.

Recent attention on fraternity problems has tended to be cyclical. After a student dies at a fraternity event or concerns spike about sexual assault or racist incidents, the college’s leaders promise to take swift action. An investigation ensues, and the offending fraternity is banned — sometimes for good, sometimes for a few years.

Criminal convictions and prison sentences are extremely rare. Even in the most horrific cases, a few students might face low-level criminal charges. Usually, no one is punished at all. After a year or two, the focus on fraternities fades.

Advocates for Greek life say that most chapters aren’t rife with hazing and other issues, and that most students have positive experiences in the groups. Fraternities are also powerful, within both campus social scenes and colleges’ alumni and donor bases.

The leaders of Wesleyan University and Trinity College both tried to force Greek-life organizations to become co-ed. Wesleyan was sued over the policy; Trinity leaders gave up. Harvard University tried to impose a similar policy a few years later on its fraternities, sororities, and single-gender final clubs; administrators backtracked after a lawsuit.

‘The End of Greek Life’

Still, as college leaders have wrestled with what to do about their Greek-life problems over the past few years, the national mood has become gradually, grudgingly less tolerant of fraternity misconduct.

In 2017 four students died at fraternity parties within a year, and several universities nationwide suspended all of Greek life for weeks or months. College officials, led by the presidents of Pennsylvania State, Louisiana State, and Florida State Universities, came together and tried to create a more sustainable movement for reforming fraternity culture.

Eric J. Barron, Penn State’s president, said at the time that “the end of Greek life” was possible if the organizations didn’t clean up their acts. “If new rules can just be ignored, or behavior just goes underground, and if there is no willingness to recognize the adverse impact of excessive drinking, hazing, and sexual assault,” Barron asked, “then is there any hope?”

Penn State and other colleges started to publish “scorecards” about misconduct within fraternities, as well as academic outcomes and the number of community-service hours for fraternity members. New laws in Pennsylvania, Louisiana, and a few other states sought to increase the criminal punishments for students who committed hazing. The North-American Interfraternity Conference banned hard alcohol at its organizations in 2018.

Some administrators tried to take a more active role in regulating fraternities, reshaping the process for initiating new members, increasing spot checks at parties, and requiring more training on the prevention of sexual assault and hazing.

As administrators cracked down on fraternity misbehavior, a growing number of fraternities decided to cut ties with their colleges and go underground, which some experts call a dangerous trend. “Rogue” fraternities aren’t subject to any college oversight.

Many college officials continued to say that, in general, their ability to police Greek-life organizations was limited. But such statements were increasingly ringing hollow. “The old bargain with students and families, who have mostly accepted that fraternities are private organizations that colleges have limited powers to regulate, is under increasing national strain,” The Chronicle reported in 2019. “Pressure is mounting on colleges to either make fraternities safe or shut them down — before someone dies.”

In the spring of 2019, student activists at Swarthmore College occupied a fraternity house after an independent student newspaper obtained and published internal hazing documents that were filled with sexist and racist memes, photos, and stories. The college’s two fraternities voluntarily disbanded in response to the protests.

And this past spring, two more students died in alleged fraternity-hazing incidents. Last week, 11 students were arrested in the death of a Virginia Commonwealth University freshman.

No Signs of Slowing Down

Amid the pandemic and the recent racial-justice movement, many students have finally had enough of Greek life.

The critics have grown to include fraternity and sorority members themselves, who have concluded that membership isn’t compatible with their newfound desire to dismantle oppressive systems. The Abolish Greek Life movement has gained steam at dozens of colleges.

As students returned this fall to campuses where Covid-19 had muted social life for the past year and a half, some experts had worried that fraternity parties would be especially wild. Pent-up energy would result in heightened rates of binge-drinking and hazing among students. Moreover, statistics show that more than half of sexual assaults occur between the start of the fall semester and Thanksgiving break.

Those factors have coalesced into the wave of action in recent weeks, with students leveraging social media to turn out large crowds. Many students have publicly told their stories of being sexually assaulted at fraternities.

“How do we create an American college system where girls are not going in with the knowledge of, I could be raped in the four years that I’m at this university?” a University of Nebraska student told The Chronicle.

Most protests have been peaceful. But one gathering, at the University of Massachusetts at Amherst, turned violent, with people shattering windows and flipping over a car. Complicating the matter is that the outrage against the fraternity came in response to an assault accusation that was made anonymously on social media but that has yet to be reported to the university. Last week, the national fraternity organization called on UMass-Amherst’s chancellor to defend the chapter.

Some students, meanwhile, have continued to call for reform of fraternities, not abolition. That’s also the position that national Greek-life leaders have taken, advocating for targeting the misbehavior, not the organizations.

Gentry McCreary, a consultant who works with fraternities and sororities on risk management, believes that pushing for change from inside the Greek-life system is the most effective approach. “Self-takedowns of a handful of chapters didn’t really change much,” McCreary told The Chronicle in August. “I think students picked up on that and realized if they do want to promote meaningful change, the best way to do that is from within, and not trying to walk out en masse.”

But for the moment, the protests against Greek life are showing no signs of slowing down. 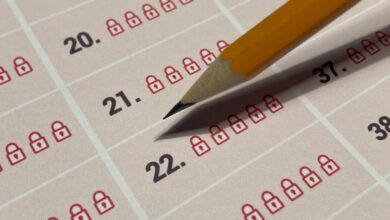 When the SAT Feels Like a Lock, Not a Key 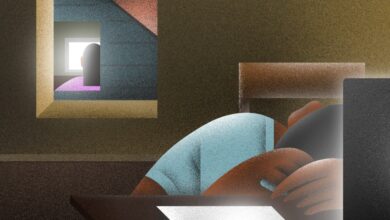 Could the Summer Slide Become a Covid Crash? 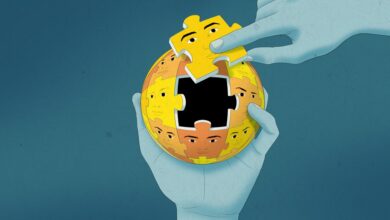 Enrolling Diverse Students When Race Is Off the Table 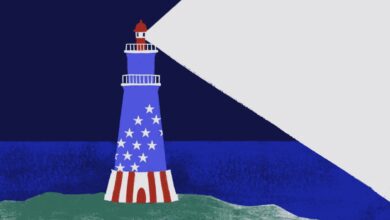