Aditya Mittal is the new chief executive officer of ArcelorMittal

ArcelorMittal reinstated its dividend and named Aditya Mittal as its new chief executive officer after a rebounding steel market helped the company shrug off the impact of the pandemic.

The new CEO is the son of the founder of the steelmaking giant, Lakshmi Mittal, 70, who becomes executive chairman. The 45-year-old, formerly chief financial officer and head of the company’s European business, has spent an apprenticeship of more than two decades preparing for the role. In 2006, at the age of just 30, Aditya Mittal also spearheaded the steel industry’s biggest ever deal.

“We have worked closely together since he joined the company in 1997, indeed in recent years we have effectively been managing the company together,” the elder Mittal said in a statement. “We will continue to work very closely together and I remain as fascinated, engaged and committed to the company’s long-term success as ever.”

Mittal is stepping back from day-to-day operations as ArcelorMittal rewards investors with a revived dividend and series of share buybacks after years of focusing on debt reduction. The company expects steel demand — a key barometer for global economic growth — to rebound this year, after contracting in 2020.

The succession is “a transition plan long in the works and understood by the market,” said Alan Spence, an analyst at Jefferies.

Reinstating the dividend will be a boost for Lakshmi Mittal, the billionaire steel magnate who owns 36% of the company. Mittal, who was once the U.K.’s richest man, built the company from a rolling mill in Indonesia in 1976, before transforming the industry with the $34 billion takeover of his largest rival Arcelor 30 years later.

Aditya Mittal, who previously worked in Credit Suisse Group AG’s investment bank, played a key role in driving that acquisition. His plan catapulted Mittal from being the owner of older plants, mainly in emerging markets, to the world’s biggest and most advanced steelmaker. It also lumbered the company with debt that it’s spent the past 15 years trying to escape from.

Now he faces the twin challenges of fighting off low-cost output from Turkey to China, while curbing the business’s carbon emissions.

“I’m very much looking forward to this next chapter,” the new CEO said on a conference call. “I’m focused on ensuring we continue to perform well and the biggest challenge of the day is how we decarbonize the steel industry.”

ArcelorMittal achieved its debt target as the company generated cash flow with the recovery in the global economy from the initial effects of Covid-19. Steelmakers from India to Japan have flagged a recovery after the pandemic crushed consumption last year.

“Although we must continue to navigate the Covid-19 challenge, I expect 2021 to be another year of progress for the company, and look forward to working closely with Aditya our new CEO,” the executive chairman said.

ArcelorMittal will pay a dividend of 30 cents a share, the company said. The company also announced a new $570 million share buyback program.

The steelmaker has focused on consolidation, selling its North American operations to Cleveland-Cliffs Inc. and shuttering an unprofitable furnace in Poland. It also sold most of its stake in the beleaguered Ilva mill to the Italian government.

Global steel demand will increase by 4.5% to 5.5% this year, the company said Thursday in its full-year earnings statement.

Nissan Open To Partnership With Apple For Apple Car 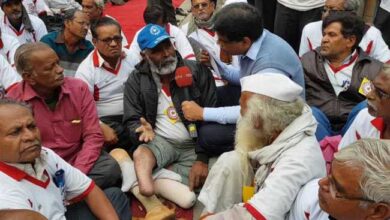