Erin Hengel knows what a one-month delay in peer review can mean for an early career academic. Although she now works as a researcher at the London School of Economics and Political Science, Hengel was previously on the faculty at an institution that gave its researchers a deadline: If you didn’t have a fresh publication by that date, you were out.

Even when institutions don’t have hard and fast rules about publication frequency, Hengel says, plenty is at stake: grant funding, job opportunities, and tenure prospects. Small holdups in the publication process add up quickly, she said. A few extra days tacked onto each stage of the process, from desk screening to peer-review rounds, could turn into months of waiting.

According to Hengel’s new research, time spent in peer review has a gendered tinge. Hengel found that, in over 50 years of data from two top economics journals — Econometrica and The Review of Economic Studies — papers by women spend an average of three to six months longer in review than similar papers by men. That’s after controlling for citations, readability, author seniority, and other factors. The same gap, although smaller, existed in an in-depth study of a specialty journal, Energy Economics, as well.

In other words: Even when the decisions themselves appeared bias free, women still bore extra time costs throughout the review process and were held to higher standards.

For several years, experts have warned that peer review is nearing a breaking point, hastened by pandemic-era disruptions. For many journal editors across fields, finding qualified reviewers is the hardest part of the job. The crisis is prompting more scholars to look inward at the systems often taken for granted, and to inspect potential gender biases in peer review, including the selection of reviewers, the professionalism of the comments, and chauvinism.

Even when the decisions themselves appeared bias free, women still bore extra time costs throughout the review process and were held to higher standards.

In graduate school, Hengel remembers sitting in on a small discussion section given by a friend of hers. While the material being taught was appropriate, his actual teaching was garbled and incoherent. Even she had trouble following along. But when she looked around the room, students were nodding along and hanging onto his every word.

“They never do that to me when I teach this,” Hengel said with a laugh. “So I just thought, I wonder if there’s a possibility that women just have to be a little bit more clear? Like people are less willing to accept bullshit from women, so they have to be.”

Her experience aligns with an extensive body of research showing that women face higher expectations in the classroom, receive lower course evaluations, and perceive negative feedback as a bigger setback than men do.

That experience led Hengel to think more deeply about the possibility that women might have to meet higher expectations when publishing research. Were women held to higher standards in the peer-review process as well?

By comparing readability scores — a model that uses a formula to determine the coherency and English-language quality of a piece of writing — Hengel found that published abstracts by women scored better than their counterparts by men.

Hengel’s research suggests these elevated standards aren’t just in whose papers are accepted at the end of the day, but in the review process itself.

“You think about a peer reviewer who his whole life has been reviewing papers by men, and he’s effectively developed an algorithm that works really well to identify good papers,” Hengel said. “And then all of a sudden a female-authored paper gets thrown in the mix, and, for a gazillion different reasons, the cues don’t work the same in that paper as they do in, say, a male-authored paper.”

Hengel offered a few theories for the disparity: Women may attend fewer conferences due to child-care considerations, so the reviewer might be less likely to have seen their work presented before. Or perhaps the reviewer isn’t used to the different perspectives that women may bring to research. The problem could, of course, also stem from stereotypes and direct gender discrimination. Whatever the reason, the result is a longer time spent in review and a greater burden placed on women researchers.

While it appears that women face disproportionate burdens in publishing, there are large differences between disciplines and individual journals. The root cause of the publication gap between men and women is also widely debated in academe. A 2021 study of 145 journals found that, based on the acceptance rates of papers by women, manuscripts written by women were probably not penalized, and that those by women as solo authors or co-authored by women were treated even more favorably by referees and editors. The authors posited that the publication gap between men and women starts before they land on a journal editor’s desk.

Part of the issue is also internalized; women may feel like they have to work harder than men do. A working paper that looked at the specific peer-review data for one journal found that female authors spent about 12 more days than comparable men revising their manuscripts. Women were also more likely to go through more rounds of review — three or more, compared with one or two for men.

Authorship is one of many examples experts cite to explain the “leaky pipeline” in academe, in which the number of women and people of color on the faculty becomes smaller the higher you climb, said Ana-Catarina Pinho-Gomes, an academic clinical lecturer at University College Londonwho studies gender biases in medicine.

Pinho-Gomes said the issue needs to be tackled “upstream,” at the societal level.

“We just see the same things reflected in academia,” Pinho-Gomes said. “No matter how many adjustments you do, it will never be good enough. It’s like when you have to adjust for confounders in a statistical analysis — it will never be as good as having randomization.”

But Hengel says her research does yield some possible solutions for journals to consider. As peer reviewers gained more experience with a specific journal, the gendered gap in peer-review times tended to shrink — and even reversed — as an individual reviewer became more confident and familiar with a journal’s standards, according to her study.

With more training and better communication of a journal’s standards and expectations for peer reviewers, the gap could begin to close. Hengel also discussed the possibility of journals’ disproportionately pairing experienced reviewers to women’s papers, to help reduce the gap without sacrificing objectivity.

Hengel believes journals have a vested interest in rectifying the problem. Longer time in peer review for women means additional costs for reviewers without much reward, and could discourage women from submitting altogether — especially to the bigger, more prestigious journals, where the gap is most distinct.

“It’s overloading an entire perspective,” Hengel said. “It is placing less weight on the way that 50 percent of the population perceive the world.”

Hengel said placing a great burden on women can only be a detriment to her field.

What is Portugal Known For? 20 Things Portugal is Famous For 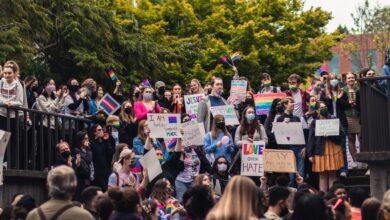 A Religious University Is ‘Imploding’ Thanks to Its Anti-LGBTQ Hiring Policy, Lawsuit Says 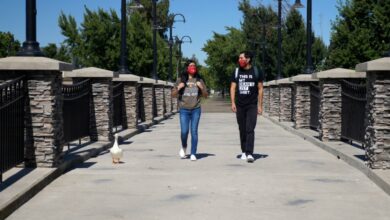 As Covid-19 Surges, Some Campuses Will Start the Semester Online 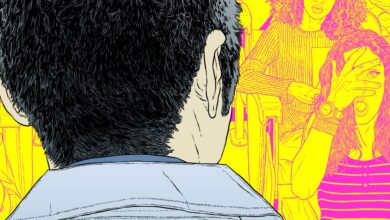 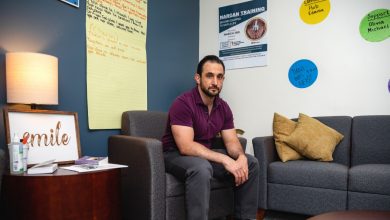