The AstraZeneca-Oxford coronavirus vaccine not only dropped virus transmission by two-thirds, but it also improved hospitalization rates and prevented serious disease, according to new, preliminary findings. Researchers also found spacing out the two doses actually boosted protection against the virus.

The findings begin to shed light on the effect of a coronavirus vaccine on virus transmission, which has otherwise been largely uncertain and still under investigation for other candidates.

The university said the findings, posted in Preprints with The Lancet, back the U.K. government’s decision to space jabs up to 12 weeks apart between the first and second dose. This approach aims to deliver first doses across the population faster, and delay second vaccinations, in an effort to cut disease and save lives.

The study adds another month of data from late-stage trials up until Dec. 7 among some 17,000 trial participants, adding another 201 cases of symptomatic COVID-19 disease for a total of 332. The vaccine has already been authorized for use in the U.K., India and several countries in South America, among others.

“ChAdOx1 nCoV-19 vaccination programmes aimed at vaccinating a large proportion of the population with a single dose, with a second dose given after a 3-month period is an effective strategy for reducing disease, and may be the optimal for rollout of a pandemic vaccine when supplies are limited in the short term,” study authors wrote.

Namandjé N. Bumpus, professor of pharmacology and molecular sciences at the Johns Hopkins University School of Medicine, lauded the results.

“The potential for a 76% efficacy rate up to 90 days following a single standard vaccine dose is great news. I look forward to seeing the peer review of these findings,” Bumpus, who was not involved with the study, wrote in an email.

Study authors also suggested the vaccine can substantially lower virus spread, though other experts caution these results need more rigorous review. An analysis of nasal swabs collected weekly among U.K. volunteers revealed a 67% reduction in positive test results after a single dose. In a company statement, AstraZeneca said the findings “support a substantial impact on transmission of the virus.”

The study also revealed no severe cases and no hospitalizations among trial participants over 22 days after the first dose.

“This primary analysis reconfirms that our vaccine prevents severe disease and keeps people out of hospital,” Sir Mene Pangalos, executive vice president, BioPharmaceuticals R&D, said in the company statement. “In addition, extending the dosing interval not only boosts the vaccine’s efficacy, but also enables more people to be vaccinated upfront. Together with the new findings on reduced transmission, we believe this vaccine will have a real impact on the pandemic.”

The findings aren’t generalizable, however; they cannot be applied to a debate over the U.K.’s decision to extend the vaccination interval for a vaccine developed by Pfizer-BioNTech up to 12 weeks, instead of three, because that vaccine has its own criteria for best use.

“We feel strongly that we will go by the science which has dictated for us the optimal way to get the 94 to 95% response which is in fact durable for the period of time that we’ve been following it,” he said. 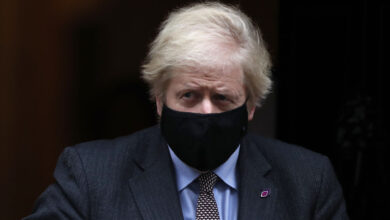 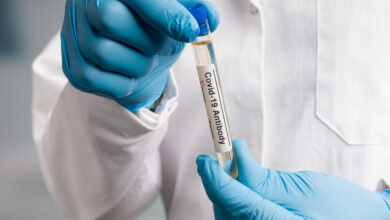