Jumpcut founder Kartik Hosanagar is a professor at the Wharton School, but about ten years ago, he spent his summer in an unlikely way: he wrote a screenplay. Set in India, his script garnered some interest from producers, but no one took the plunge to fund a film by a first-time Indian director.

Now, films featuring diverse casts are gaining traction – this year, Chloé Zhao became the first woman of color, and only the second woman ever, to win the Academy Award for Best Director. At the previous ceremony, Bong Joon-ho’s “Parasite” became the first non-English language film to win the Academy Award for Best Picture. Still, according to a recent report from McKinsey & Company, Hollywood leaves $10 billion on the table each year due to the industry’s lack of diversity.

“How do you make a bet on underrepresented voices or underrepresented stories?” asked Hosanagar. “While there’s awareness, there’s no action, because nobody knows how to do it. So that’s what got me into Jumpcut. It’s this rare company where 20 years of my work on data science and entrepreneurship meets with who I am outside of my work.”

At Wharton, Hosanagar is the Faculty Lead for the AI for Business program. He was a founder of Yodle, which was acquired by web.com for $340 million in 2016. But for this next venture, he wanted to tackle Hollywood’s homogeneity hands-on by using his experience with data science to de-risk media projects from underrepresented creators.

“The vision is to create a more inclusive era of global content creation,” he said to TechCrunch.

Hosanagar started working on Jumpcut in 2019, but today, the Atomic-backed company launches out of stealth as the first data science-driven studio working to elevate underrepresented voices in film. Already the studio has 12 TV and film projects in the works with partners like 36-time Academy Award nominee Lawrence Bender (“Pulp Fiction,” “Good Will Hunting”), Emmy Award-winning producer Shelby Stone (“Bessie,” “The Chi”), and showrunner Scott Rosenbaum (“Chuck,” “The Shield”).

Jumpcut models itself after Y-Combinator in its approach, pairing emerging talent with buyers and producers. First, Jumpcut uses an algorithm to scan hundreds of thousands of videos from platforms like YouTube, Reddit, and Wattpad to find promising talent. The algorithm narrows down the extensive field to locate creators who are consistently finding new audiences and increasing their engagement. Then, the Jumpcut team – including advisors and veterans from Netflix, Buzzfeed, CBS, Sony, and WarnerMedia – identifies who to connect with.

In one example of the algorithm’s success, Hosanagar pointed to Anna Hopkins, an actress who has appeared on shows like “The Expanse” and “Shadowhunters.” Though Hopkins has found some success in front of the camera, she also wants to write.

“We discovered some of her short films, and the algorithm identified it because people had strong emotional reactions in the comments, like, ‘heartwarming but in a positive way,’ or ‘give me a tissue,’” Hosanagar explained. Since Hopkins isn’t publicly known as a writer, she assumed that Jumpcut found her through a television network she had pitched a script to, but that wasn’t the case. “We said, ‘no, our algorithms found you.’”

Once a creator is identified by Jumpcut, they can A/B test their ideas with audiences of over 100,000 potential viewers, which helps the company prove to funders through data science that these ideas can sell.

“The idea there is that we don’t wait for creators to get discovered by the traditional Hollywood agencies, because that requires the creators to have access to the top agents, and that again brings you back to the old boys club,” Hosanagar said. “We’re automating a lot of that process and discovering these people who are creating great stories that are resonating with audiences, not waiting for some Hollywood agency to discover them.”

Once the creators have an idea that tests well with a wide audience, they’re invited to Jumpcut Collective, an incubator program that helps artists develop an idea from a concept to a pitch in 6 weeks. Then, Jumpcut helps match projects with producing partners and buyers.

So far, Jumpcut has hosted three incubator programs. Out of the twelve Jumpcut projects currently underway, Hosanagar says that nine or ten of them came out of the incubator. One project, for example, is now being developed in partnership with Disney’s Asia Pacific Division.

Jumpcut isn’t disclosing the amount raised in this round of seed funding, but confirms that Atomic is the only investor in their seed round.

Hosanagar is joined on the project by Dilip Rajan, his former student and a former product manager at BuzzFeed, and Winnie Kemp, a former SVP of Originals at Super Deluxe and CBS. There, she developed and executive produced “Chambers,” the first show with a Native American lead, and “This Close,” the first show with deaf creators and cast. Most of their funding will go toward payroll, which includes engineers, data scientists, and product managers on the product side of the company, as well as development executives on the creative side, who run the incubator.

Burberry Has Announced it Aims to Be Climate Positive by 2040

Are Ecstasy, LCD, and Other Psychedelic Drugs a Treatment for Depression, Anxiety, PTSD? 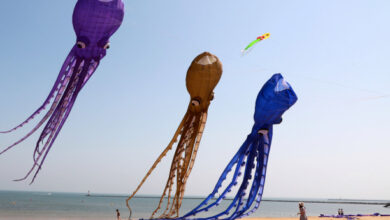 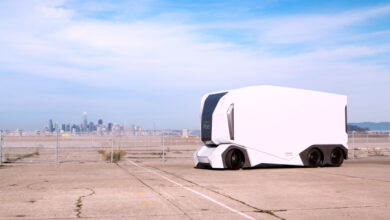 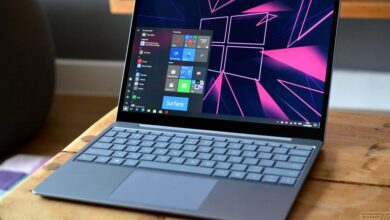 How to create a signature for PDF documents on a PC 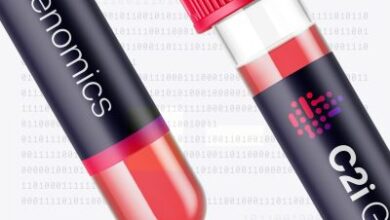