College athletes got one step closer to being recognized as employees on Wednesday. In a memorandum, the National Labor Relations Board’s general counsel said that certain college players “are employees” and that they should be protected by labor laws, including those that protect employees when they make efforts to unionize.

Though Jennifer Abruzzo, who was appointed the NLRB’s general counsel by President Biden this year, does not have voting power on the labor-relations board, her memo sends a strong signal that the administration might back college players who seek to claim the rights that employees are guaranteed. The NLRB or a federal judge could still disagree with her.

Nonetheless, scholars called the memo an important and long-overdue milestone in a decades-long effort to protect college athletes.

Abruzzo wrote in the memo that universities should not mislead college players into believing they are not employees. She took issue with the term “student-athletes,” calling it a misclassification of college players, and warned that using it could be construed as an attempt to lead players to believe that they’re not protected by labor laws.

“In appropriate cases, I will pursue an independent violation of Section 8(a)(1) of the Act where an employer misclassifies Players at Academic Institutions as student-athletes,” Abruzzo wrote.

The National Collegiate Athletic Association invented the term “student-athlete” in order to “prevent people from viewing these athletes as employees,” Amy McCormick said. (The term’s origins as a means of fending off workers’ compensation claims are well documented.) She interpreted Abruzzo’s letter to mean that the general counsel might see it as a violation of law if the NCAA or a university were to use the term to try to dissuade players from knowing they have rights.

In 2014, Northwestern University football players petitioned to unionize, but the NLRB declined to assert jurisdiction in their case, effectively rejecting their bid. Abruzzo’s memo does not change that, or any laws, but she laid out some recent developments in the law, in NCAA regulations, and in the “societal landscape,” that show that college players are not mere amateur athletes.

The NCAA invented the term “student-athlete” in order to “prevent people from viewing these athletes as employees.”

In June, the U.S. Supreme Court ruled that limits that the NCAA imposes on the education-related benefits that college athletes can earn violate antitrust laws. The decision was viewed as a rejection of the NCAA’s argument that college players should remain unpaid “amateurs” — and that restricting how much they earn in scholarships and other benefits represents a defining feature of the enterprise.

Abruzzo quoted Associate Justice Brett Kavanaugh’s concurring opinion, in which he went even further than the decision and questioned “‘whether the NCAA and its member colleges can continue to justify not paying student athletes a fair share’ of the billions of dollars in revenue that they generate.” Kavanagh suggested, Abruzzo wrote, “that one mechanism by which colleges and students could resolve the difficult questions regarding compensation is by ‘engag[ing] in collective bargaining.’”

Abruzzo also noted that the NCAA has suspended its rules prohibiting players from profiting off their name, image, or likeness, opening them up to the chance to earn money from things like endorsements, autograph sales, and certain public appearances.

She also cited recent collective action by players to speak about racism at their colleges and to support the Black Lives Matter movement. Some spoke out during the Covid-19 pandemic to collectively express their desire to play, but under safe conditions.

Ellen J. Staurowsky, a sports-media professor at Ithaca College, said the timing of the memo — when other efforts have been piercing the NCAA’s authority — is important.

“Education efforts, the work of media, enduring persistence of athletes to bring their stories forward,” Staurowsky said. “All of these things are coalescing in this moment to rip off the mask of that narrative that the NCAA has been spinning to reveal that athletes have been denied these rights.”

The Yeezy Gap Hoodie Has Arrived and Canada Awaits 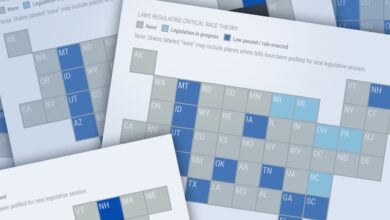 These States Are Taking Aim at Talking About Race 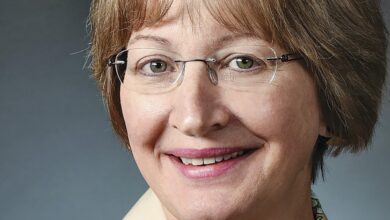 Mercyhurst U. Names New President; U. of Maryland-Baltimore County’s President to Step Down Next Year 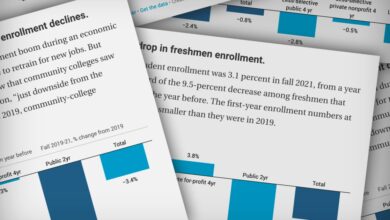