In 1990, a woman borrowed $24,000 in student loans. Thirty years later, she owes $125,000.The 62-year-old does not qualify for the federal Public Service Loan Forgiveness program, has worked at a nonprofit for the majority of her professional career, and has no idea when she will be able to retire.

Her story echoes those of hundreds of Black borrowers who feel trapped under what they describe as a “life-long sentence” of student debt, shackled into a cycle they fear they may never escape, according to an Education Trust report released on Wednesday.

The report, titled “Jim Crow Debt: How Black Borrowers Experience Student Loans,” is based on surveys of nearly 1,300 student-loan debtors and interviews with 100 of them during the pandemic as a part of the National Black Student Loan Debt study. Researchers found that Black borrowers are in no better position than they were decades ago, with many unable to afford basic needs like food, rent, health care, child care, and savings because of their student-loan debt.

As the Biden administration prepares to restart student loan payments after a pause during the pandemic, Education Trust researchers are calling on lawmakers to cancel student debt and put in place college-affordability measures that will help Black borrowers.

“Student debt is a racial- and economic-justice issue, and any proposed solution to the student-debt crisis must center the perspectives, lived realities, and voices of Black borrowers, rather than solely use their data to frame the problem,” the report says.

Falling by the Wayside

Black students take out more loans compared with white students and have more difficulty paying them off, according to the report.

Twenty years after enrolling in college, the median white student-loan borrower will have paid off 94 percent of their debt. The median black borrower, however, will still owe 95 percent of their student-loan debt for the same period of time, the report asserts. Young Black adults are also expected to have nearly $8,500 less in wealth than their peers, according to a report from the Institute on Assets and Social Policy, at Brandeis University.

The Education Trust report attributes that discrepancy to systemic inequality, lenders aggressively targeting Black and Latino students, and racial and gender pay gaps in the workplace, among other challenges.

The report’s authors point to a lack of research on the experiences of Black borrowers.

“There’s been a lot of work in recent years to really diagnose the full breadth of the Black student-debt crisis, but what we found was that there haven’t been a lot of efforts to solicit and hear from Black borrowers themselves,” said Jonathan C.W. Davis, a senior research associate at the Education Trust and a developer of the study.

The study’s authors say the dearth of Black voices is evident in the flawed loan-forgiveness policies put in place over the years.

“When we look at the student-debt crisis, what we’re really seeing are policy failures” at the federal and state levels, said Victoria Jackson, senior policy analyst for higher education at the Education Trust.

The report cites income-driven repayment plans as an example. Congress originally introduced the plans to make student-loan repayment more manageable. Borrowers repaid their loans as a percentage of their income with the hope that their debt would be forgiven after 20 or 25 years of payments. But for borrowers with low incomes and large balances — a group disproportionately made up of Black people — the payments were too small to make up for the interest on their loans, and they ended up owing even more money over time.

According to the report, six out of 10 borrowers who enroll in the plans fail to re-enroll and don’t realize that their inaction further increases their debt. Data from the U.S. Department of Education showed that of the two million borrowers who were eligible for student-debt cancellation in 2019, just 32 of them had their debts discharged, according to the National Consumer Law Center.

Seventy-two percent of Black borrowers in the Education Trust report were enrolled in income-driven repayment plans.

“They described their growing balances under IDR plans as ‘shackles on their ankle’ or ‘like Jim Crow,’ where the debt ensures that they will never have full freedom,” the report says.

The Education Trust is asking the federal government to double the maximum Pell Grant, establish a partnership with state governments to make education at a public four-year or two-year college debt-free, and fund student success and completion programs.

The researchers say their proposed solutions will begin to scratch the surface of decades of neglect.

“We do cancellation to repair the harm done from bad policy for the people who have taken on debt, and then we implement college-affordability policies to help anybody in the future,” Jackson said.

Dominique Baker, an assistant professor of education policy at Southern Methodist University, said the Biden administration’s recent overhaul of its student-loan-forgiveness program is among the policies that do not prioritize Black borrowers. The program addresses loan forgiveness for federal employees, teachers, and members of the military; the jobs that were not mentioned spoke volumes, she said.

“We acknowledge that there are folks who choose to work in the public sector, and therefore are paid less, and we decide that’s a good thing for society so their loans ‘should be canceled’” she said in an email to The Chronicle. “Yet we appear less willing to grapple with the ways that Black people, through no choice of their own, are forced to borrow, [and] face discrimination in the labor market, which reduces their income.”

Baker said solving the student-debt crisis among Black borrowers will require addressing all parts of a system that was stacked against them at the outset.

“This is not some sort of problem with Black people where they just made poor choices,” she said. “We as a country gave Black people a trash set of choices, and they made the best choice they could from the trash options we gave them.”

What's included & how much does it cost? 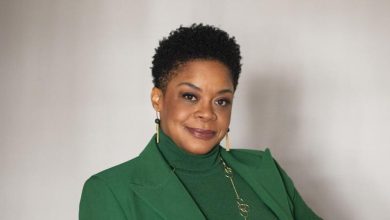 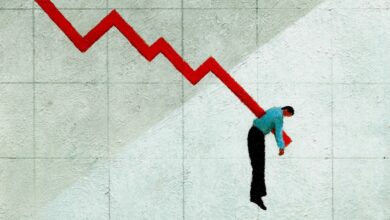 A Forecast From Fitch Sees Widening Gaps in Colleges’ Finances 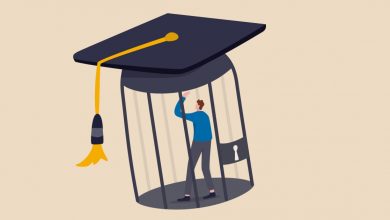 Under Proposal, More Nontenured Faculty Members Would Qualify for Loan Forgiveness. Here’s How.