In the clip, the Beverly Hills, 90210 alum, 47, fawned over his new girlfriend, 35, and gushed about their unique relationship.

“This has been kind of a weird year for me so what an amazing Valentine’s Day this has been,” Green began on Sunday, February 14. “Sharna is a really amazing, considerate, loving, kind person. I kind of feel like when you put yourself in a space where you on some level decide that you’re gonna surround yourself with people that help you move forward on a path instead of pulling you back, that they do that.”

The actor credited the Dancing With the Stars pro with pushing him in a new direction following his public split from wife Megan Fox, saying, “Sharna’s been amazing in my life, not only for that reason, but that’s been a big thing for me.”

Green went on to say, “This could be the start of something amazing.”

Burgess, for her part, had plenty of kind words for her beau as well. “This one took me completely by surprise,” the dancer said in the clip. “I’ve never known a man like him.” She praised Green for being both a “good human” and an “amazing father.”

The Australia native got to witness how good of a dad the Anger Management star really is firsthand during a recent trip to Big Bear, California, with his three kids with Fox. The duo detailed their trip, sharing a hilarious anecdote as somewhat of a cautionary tale to viewers.

“It was amazing but we did make the grave mistake of going on a weekend. … At one point it was a three-and-a-half-hour wait to get into a restaurant and they weren’t taking reservations,” Burgess recalled via Instagram Live video.

The long wait forced the pair to get resourceful and while their vacation dinner may not have been five-star, Green, Burgess and the kids were all pleased, according to the actor.

“We went to a liquor store and I made liquor store steaks,” he revealed with a laugh. “They had a meat department which was the last freezer down at eye level on that rack and they had some steak and ground beef and I made steaks that were about paper at the point when they were done.”

He continued: “The kids were super happy. They had mac and cheese and fish sticks. We had some fried rice with chicken from the night before and liquor store steaks.”

Green shares three sons with Fox, 34, whom he married in 2010: Noah, 8, Bodhi, 6, and Journey, 4. He also has an 18-year-old son named Kassius, whom he shares with ex-fiancée Vanessa Marcil. Green and Fox announced their split in May 2020. The Transformers star has since moved on with Machine Gun Kelly.

Us Weekly confirmed Green’s relationship with Burgess in January. A month earlier, however, the professional dancer told Us she was seeing someone famous. She said at the time, “[This one] feels different to all the rest of them.”

Not long after, they jetted off to Hawaii together to spend New Year’s Eve at the Four Seasons Resort in Hualalai, the same place Green and Fox were married. Although they haven’t been dating long, an insider told Us last month that things between them are heating up after the trip.

“Their vacation to Hawaii has brought them closer. While they’ve become Instagram official, people don’t see how close they’ve actually become since their meeting,” the source noted. 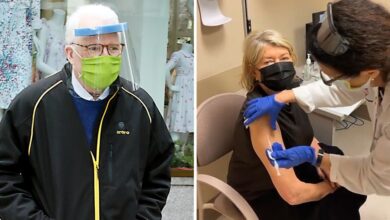 Stars Who’ve Spoken Out About Getting the COVID-19 Vaccine 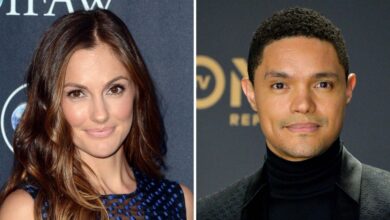 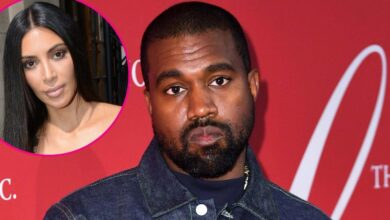 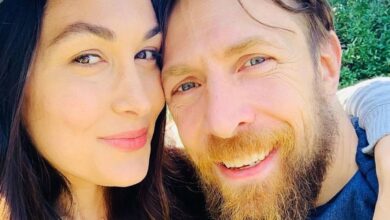 Brie Bella Schedules Sex With Daniel Bryan After Baby No. 2