A shoulder to lean on. Fans may not know much about Britney Spears’ boyfriend, Sam Asghari, but he has been her rock for the past four-plus years, a source exclusively tells Us Weekly.

“Several people in Britney’s life were iffy about Sam in the beginning of their relationship and worried that he was a fame-seeking opportunist and an enabler,” the source says. “They kept a very close eye on Britney at first to make sure that was not the case.”

The Princess of Pop, 38, started dating the personal trainer, 27, in late 2016 after he played her love interest in her “Slumber Party” music video. Since then, all signs have pointed to Asghari being The One for Spears.

“People seem to forget that Britney is very smart and independent. She’s a grown woman who stands her ground in the relationships she’s been in,” the source tells Us. “She was not going to let Sam get close to her — like she did with [former manager] Sam Lutfi at the most vulnerable time in her life — without ‘vetting’ him first, for lack of a better word. Sam has proven to be a solid, dependable man who always has Britney’s best interests at heart. He is one of only a handful of people she can say that about.”

The actor made headlines on Tuesday, February 9, when he spoke out in support of the Grammy winner and rebuked her father, Jamie Spears, after the premiere of the “Framing Britney Spears” episode of The New York Times Presents.

“Now it’s important for people to understand that I have zero respect for someone trying to control our relationship and constantly throwing obstacles our way,” Asghari wrote via his Instagram Stories. “In my opinion Jamie is a total dick. I won’t be going into details because I’ve always respected our privacy but at the same time I didn’t come to this country to not be able to express my opinion and freedom.”

The Iran native later told TMZ that “once [Jamie] starts treating his daughter right, then we can be on good terms.”

Britney has been battling Jamie, 68, in court for months. In November 2020, her attorney, Samuel D. Ingham III, told the judge in her conservatorship case that she is “afraid of her father” and “will not perform as long as her father is in charge of her career.”

Jamie, for his part, has argued that he helped save the former Mouseketeer’s life and pulled her out of financial ruin after her breakdown in the late aughts.

“When a family member needs special care and protection, families need to step up, as I have done for the last 12-plus years, to safeguard, protect and continue to love Britney unconditionally,” he told CNN in December 2020. “I have and will continue to provide unwavering love and fierce protection against those with self-serving interests and those who seek to harm her or my family.”

Britney announced in January 2019 that she was taking an indefinite work hiatus to care for Jamie, who had been hospitalized two months prior with a ruptured colon. They had a falling out, however, that August after a source exclusively told Us that Jamie got into an argument with Britney’s son Sean Preston and “shook” the teen. Her ex-husband Kevin Federline subsequently obtained a restraining order against his former father-in-law and altered his and Britney’s agreement over custody of their sons, Preston, 15, and Jayden, 14. Jamie, for his part, did not face child abuse charges for the incident.

“[Jamie] is the reason she has far less custodial time with her sons than she did before,” a source exclusively told Us in December 2020. “The incident with Jamie and Preston changed everything. It was a major blow for Britney. She, Kevin, Preston and Jayden have all seen Jamie differently ever since.” 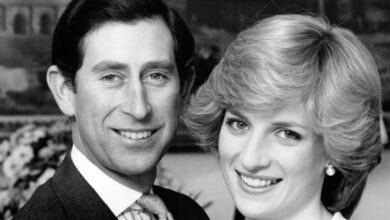 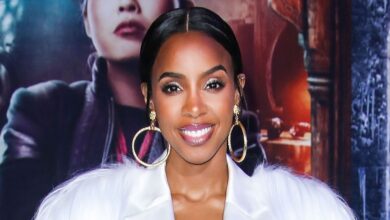 5 Reasons Why Kelly Rowland Is Us Weekly’s Woman Crush 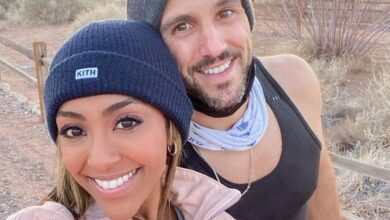 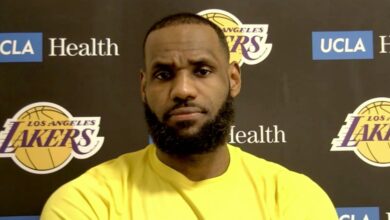 LeBron James Speaks Out After ‘Courtside Karen’ Ejected for Heckling