A disputed amount of Rs 95,000 crore has been settled by about 1.20 lakh entities who opted for the ”Vivad se Vishwas” scheme to resolve long pending litigation issues with the Income Tax Department, Central Board of Direct Taxes chief P C Mody said.

He also said the Budget 2021-22 presented by Finance Minister Nirmala Sitharaman was aimed at ensuring that income tax payers are provided with an “efficient and effective” tax administration and that no new taxes are imposed during the coronavirus pandemic which is still spreading.

The Vivad se Vishwas (VsV) scheme, which was announced by the finance minister in her Budget speech last year, has brought on the settlement table various category of taxpayers like corporates, non-corporates, state governments and public sector undertakings (PSUs), said the chairman of the Central Board of Direct Taxes (CBDT), the policy framing body for the Income Tax Department.

“So far, the scheme has had a stupendous success, and till January 31 about 1.20 lakh forms have been filed which means about 22-23 per cent of tax disputes got settled under this scheme and the amount involved is Rs 95,000 crore,” Mr Mody told PTI in a post-Budget interview.

He said the last date for filing declarations under this scheme has also been extended by a month, from January 31 to February 28 after the government got requests from various entities to extend the deadline.

The scheme aims to end litigation and legacy disputes under the direct taxes category as Rs 9.32 lakh crore worth of revenue is blocked in approximately 4.8 lakh appeals pending at various income tax appellate forums.

The entities who opt for the scheme have to pay a requisite tax following which all litigation against them are closed by the tax department and penal proceedings dropped.

“The policy of the government has been to reduce tax litigation apart from increasing the monetary limits at what we (tax department) used to file appeals. This also reduced litigation in a big way,” Mr Mody said.

“We also brought out beneficial circulars (in the past) and accepted court decisions saying we need not litigate further. This also brought down tax litigation and in the same series we conceived the VsV scheme so that we can put an end to legacy issues,” the CBDT chief said.

He said against popular expectation, the income tax slabs remained unchanged, but asserted that the latest Budget aimed at providing fair and transparent tax services to citizens.

“No doubt, the expectation of people will always remain for some sort of exemption or deduction to be available in the Budget or certain rates to come down but you also recall that last year a major exercise was done in terms of reducing the tax rates and then after we had the pandemic and there was hardly any occasion to revisit that area at the given moment,” Mr Mody said.

“So, it was thought that we would use this time to provide a better, a more efficient and effective tax administration than to have any kind of a change in the exemptions or deductions for lowering of tax rates,” he said.

The important point in this Budget is that “no new taxes” have been imposed unlike what has been done in some other countries, even as COVID-19 remains, Mr Mody added.

“If you see in the long run, providing a much efficient and a more effective tax administration is more far reaching than the temporary deductions or exemptions which may be given in the budget,” he said.

On direct taxes collection target, Mr Mody said that the government has revised and lowered the direct taxes target (for fiscal ending on March 31) for the department from Rs 13.19 lakh crore to Rs 9.05 lakh crore.

“Right now, we are almost at (collected) Rs 6.80 lakh crore. This is the net collection which is a very good figure given the fact that we have given seven per cent more refunds this time than the last year,” he said.

“Despite this (refunds), we have reached these figures and there are still two months remaining in this financial year and typically and historically the good part of the collections comes in the fourth quarter, and I am very very confident that we will able to meet this target,” the CBDT chief said.

Here’s How To Check Allotment Status 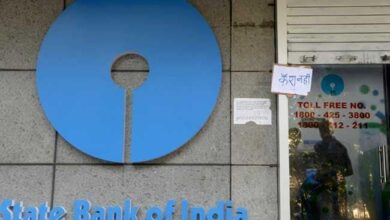