The dating and networking service Bumble has filed to go public.

The company, launched by a former co-founder of the IAC-owned Tinder, plans to list on the Nasdaq stock exchange, using the ticker symbol “BMBL.” Bumble’s planned IPO was first reported in December.

Bumble CEO Whitney Wolfe Herd was on the founding team at Tinder before starting Bumble. She filed suit against Tinder for sexual harassment and discrimination, which was at least somewhat inspirational in her quest to build a dating app that put women in the driver’s seat.

In 2019, Wolfe Herd took the helm of MagicLab, renamed to Bumble Group, in a $3 billion deal with Blackstone, replacing Badoo founder and CEO Andrey Andreev following a harassment scandal at the firm.

The company is targeting the public markets at a particularly heady time for new offerings, with investors embracing venture-backed IPOs throughout late 2020 and the start of 2021. Previously privately held companies like Airbnb, Affirm and others have seen their fortunes soar on the back of prices that public investors are willing to pay, perhaps inducing more IPO filings than the market might have otherwise seen.

You can read its IPO filing here. TechCrunch will have its usual tear-down of the document later today, but we have pulled some top-line numbers for you to kick off your own research.

But before we do, the company’s board makeup, namely that it is over 70% women, is already drawing plaudits. Now, into its numbers.

On the usage front, Bumble is popular, as you would imagine a dating service would have to be to reach the scale required to go public. The company claims 42 million monthly active users (MAUs) as of Q3 2020 — many companies will try to get public on the strength of their third-quarter results from 2020, as it takes time to close Q4 and the full calendar year.

Turning to the numbers, recall that Bumble sold a majority of itself a few years back. We bring that up as Bumble’s financial results are complicated thanks to its ownership structure.

After the IPO, Bumble Inc. will “be a holding company, and its sole material asset will be a controlling equity interest in Bumble Holdings,” per the S-1 filing. So, how is Bumble Holdings doing?

Medium? Doing the sums ourselves as the company’s S- 1 is fraught with accounting nuances, in the first nine months of 2019, Bumble managed the following:

And then, combining two columns to provide a similar set of results for the same period of 2020, Bumble recorded:

While we are generally willing to allow quickly growing companies some leniency when it comes to adjusted metrics, the gap between Bumble’s GAAP losses and its EBITDA results is a stress-test of our compassion. Bumble also swung from free cash flow positivity during the first nine months of 2019 to the first quarters of 2020.

If you extrapolate Bumble’s Q1, Q2 and Q3 revenue to a full-year number, the company could manage $555.5 million in 2020 revenues. Even at a modest software-ish multiple, the company would be worth more than the $3 billion figure that we discussed before.

However, its sharp unprofitability in 2020 could damper its eventual valuation. More as we dig more deeply into the filing.

Finally, on the ownership question, the company’s filing is surprisingly denuded of data. Its principal shareholder section looks like this:

When we know more, we’ll share more. Until then, happy S-1 reading.

In Ireland, Lifting a Veil of Prejudice Against Mixed-Race Children

Sydney Thomas is coming to judge startups at Disrupt – TechCrunch

Revolut applies for bank charter in the US – TechCrunch 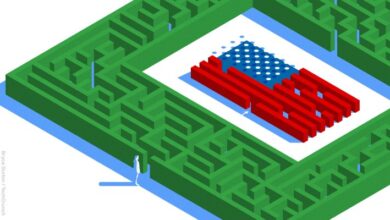 Acast expands its support for paid podcasts with Acast+ – TechCrunch