After just two years on the job, Mario Enzler has resigned as the business-school dean at the University of St. Thomas, in Houston. His resignation, effective last Friday but announced on Tuesday, followed allegations that he had falsified his educational credentials, including a Ph.D. from a music conservatory in Italy that doesn’t offer Ph.D.s and a bachelor’s degree from an Italian high school.

Enzler is an Italian-born former Swiss Guard who personally knew Pope John Paul II and Mother Teresa, according to his privately published book on the pope. He held no business degree and had published no scholarly work in the field when he took office as dean of the Cameron School of Business, in June 2020. From the very beginning, faculty members suspected something wasn’t right.

John E. Simms, an associate professor of accounting, said he had become suspicious when, in a meeting with the business school’s faculty, Enzler indicated he did not know what the Association to Advance Collegiate Schools of Business — the accrediting agency for the discipline — was.

Simms, who was responsible for collecting accreditation documentation from business-school faculty members, said that, for the two years that Enzler was dean, he never submitted the required paperwork from courses he taught, including syllabi, grades, and assurance-of-learning documents. And every time Simms asked Enzler for the missing materials, Enzler would say, “Everyone is learning, everyone is brilliant. Don’t worry about it, I’ll take care of it.”

As accreditation deadlines approached, Simms felt pressured to get the documents together. He said that many faculty members in the business school had worked hard to achieve and maintain accreditation, and he worried that their work would be jeopardized. “Accreditation is all about documentation, but it’s also about credibility,” he said. “I couldn’t just sit here and watch over a decade of work go down the tube.”

Along with other faculty members, including one who spoke Italian, Simms decided to investigate Enzler. They called the institutions in Italy that had allegedly awarded Enzler’s degrees. One is a music conservatory that doesn’t offer doctoral-level programs, Simms said, an assertion confirmed by its website. The other is a high school that offers vocational certificates, he said. That led Simms to think that Enzler could’ve falsified his CV, which Simms said is a violation of the Texas penal code.

A spokesperson for the university declined to answer specific questions about Enzler’s time at St. Thomas.

Enzler did not respond to a request for comment on Wednesday.

Simms also said Enzler’s hiring had been unusual. The business school had hired Storbeck/Pimentel & Associates, a national search firm now called SP&A Executive Search, to recruit candidates. Alberto Pimentel, who led the recruitment efforts, told The Chronicle that Enzler “was not a candidate that either responded to our ads or that was recruited by us.”

Pimentel said he had asked the university whether his firm should conduct reference and background checks on Enzler, but was told no. His firm usually vets candidates’ educational background, but in this case it was not allowed to do so.

Ties to the Catholic Church

Enzler did not have a terminal degree in business, as required by the job posting. Rather, his CV, reviewed by The Chronicle, says he has a doctorate in music and a bachelor’s in classics.

Simms filed an internal grievance seeking the termination of both Enzler and Christopher P. Evans, vice president for academic affairs, who Simms said had hired Enzler. Later, the grievance was suspended, and the university started an administrative investigation, but according to Simms, it didn’t go anywhere.

In an email to The Chronicle, Evans stated that “a search committee consisting of tenured faculty and peers reviewed applications and satisfied their charge by sending a list of recommendations that listed Mario Enzler and another possible candidate to be hired for the dean position.” Evans declined to respond to other questions.

A member of the search committee, however, remembers things differently. John Leavins, an accounting professor, told The Chronicle that it was not the committee’s responsibility to recommend a candidate for the post. Rather, its members analyzed each candidate’s strengths and weaknesses. Leavins said Enzler’s strength was his strong relationship to the Roman Catholic Church, which fit the mission of the university, while his weakness was his lack of a traditional academic background.

Ramon Fernandez, an assistant professor of accounting, said he doesn’t understand why Enzler was hired, given his lack of required qualifications.

Fernandez said that Enzler later admitted that he lacked a doctorate, but the university continued to use “Dr.” before his name and “Ph.D.” after it. In May, during the school’s commencement ceremony, Enzler was introduced as “Dr.” and graduates received honors certificates signed by Enzler, with “Ph.D.” printed alongside his name.

Fernandez is concerned about the business school’s future. “The next search that we do has to be done properly and follow policy,” Fernandez said.

The business school has appointed three faculty members to a new leadership council to act as interim deans until a new dean is hired.

“The important thing for us now,” the spokesperson for the university said, “is to focus on the future of the Cameron School of Business.”

14 Best Things to Do in Aswan, Egypt

Apple's iPhone 14 event will likely be held on 7 September 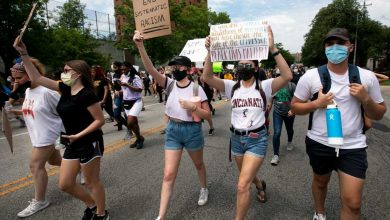 On One Campus, Feelings About a Racist Benefactor Contain Multitudes 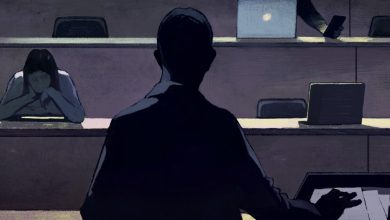 A ‘Stunning’ Level of Student Disconnection 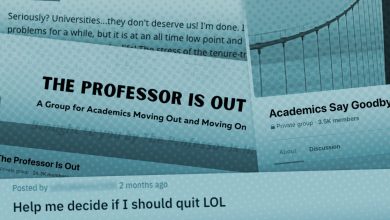 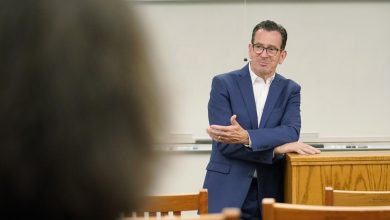