Sometimes, bars host happy hours – often called “yappy hours” – for people to bring their dogs, drink and socialize.  Now, there is a new canned, non-alcoholic “beer” for dogs – Dog Brew by Busch – that people can give their dogs at home, so the pooches can drink their own “beer” while their humans enjoy a cold can of real brew.

Related: Make These Turmeric Spiced Sweet Potatoes and Eggs For Your Dog

“We know how passionate our fans, and people in general, are about their dogs,” Daniel says. “People love to spend time with their dogs, and what could be better than enjoying a refreshing beverage after a long day with your beloved pup? Now, after a long walk or day in the park, Busch fans can share a beverage with their best friend.”

Faux doggie beer may be fun, but don’t get the wrong idea: Real alcohol is not safe for your dog to consume. Photo: chee gin tan/ Getty Images

Faux doggie beer may be fun, but don’t get the wrong idea: Real alcohol is not safe for your dog to consume, cautions a veterinarian from Texas A&M University’s College of Veterinary Medicine & Biomedical Sciences.

Dr. Christine R. Rutter, clinical assistant professor at A&M, says that pet cocktails, like non-alcoholic beer for dogs and catnip-infused “wine” for cats – is about human novelty more than anything, as pets don’t feel they are missing anything without their own mocktails. These beverages are probably harmless fun for both people and their pets, although any new food or beverage should be introduced in moderation to prevent GI upset, she says.

However, people should be careful not to assume that real human beer or any alcoholic beverage is OK to give to dogs. It isn’t, says Dr. Rutter.

“It is not uncommon for people to give a dog or even a horse a sip of beer. Both of those species tend to appreciate beer the same way people do,” she said. “It’s not a good idea, and I don’t recommend it. Most domestic species don’t appreciate the taste of wine or spirits, but it is not uncommon for intentional or accidental exposure to occur.”

There is no safe amount of alcohol to share with your furry friend; they have a lower tolerance for ethanol, says Dr. Rutter.

What should you do if your dog accidentally ingests beer?

Intoxication causes the same types of symptoms as in humans, including vomiting, diarrhea, incoordination and a coma. Some animals require mechanical ventilation and intensive care after alcohol exposure, which for dogs tends to happen via human alcoholic beverages, uncooked bread dough and rotten fruit; along with things like mouthwashes, medications, paints and fuel substitutes. The smaller your dog, the less alcohol he can tolerate – and the higher the proof of the alcoholic beverage, the more dangerous it is, she says.

If your dog ingests more than an accidental sip or two of an alcoholic beverage, Dr Rutter recommends calling your veterinarian or animal poison control center for guidance.

If you want to enjoy a safe version of drinking with your dog, you can probably go ahead and have fun, Dr. Rutter says. Just don’t depend on it too much or get carried away.

“These products purchased and given to pets in moderation as a novelty are probably fine,” she said. “But in the same way that we find constructive and safe ways to enjoy our quality time with children without putting them at risk, I think we can do the same with our animals – with or without faux adult beverages.”

Busch – which, inspired by its Foster a Dog program, debuted Dog Brew in August of 2020 and sold out its first supply in 24 hours – is donating $1 for every case of Dog Brew purchased to Best Friends Animal Society, up to $50,000, Daniel says.

Read Next: Why Dog Parents Are Trying Water Enhancers 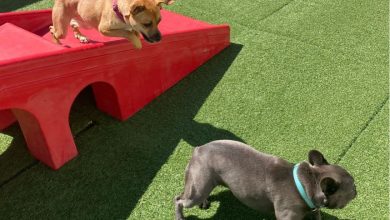 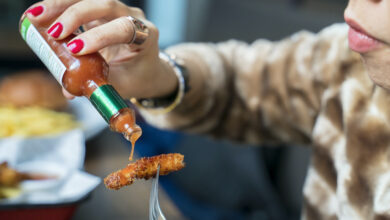 Why Do Dogs Pant? – Dogster