Tahira Kashyap is an inspiration in more ways than one. Wife to actor Ayushmann Khurrana, she is a director and author, who enjoys a tremendous fan following on social media. In addition to this, the one badge that Tahira Kashyap wears with pride is that of a cancer survivor. The author was diagnosed with breast cancer in 2018 and has been vocal about the trials and tribulations on her road to recovery. Now, with October being Breast Cancer Awareness Month, Tahira Kashyap has penned a heartfelt note about the disease and urged her Instagram followers to act proactively. Sharing a photo in which she is holding a pink ribbon that signifies breast cancer awareness, she wrote, “Protect yourself. Value yourself. Nurture yourself.”

Reminding people about the importance of self-examination, Tahira Kashyap added, “Have gone through this route hence can suggest please do regular self-examinations. Younger age at times also doesn’t help. Do not become an ostrich if you feel something is wrong. The wrong only gets detected timely if you take action towards it. Action means letting the doctors examine you and to go through their protocol.”

She ended the post on a positive note and added, “You are very significant, worthy of adding a lot of value. Never forget this please.”

Last year, on the occasion of National Cancer Survivors Day, which is celebrated on the first Sunday of June, Tahira Kashyap shared an inspiring post. Along with a photograph of herself with a scar on her back, she added an audio clip, narrating a poem she wrote about loving her “faulty, imperfect, blemished” self.

Tahira Kashyap also added the poem in her caption. An excerpt from it goes like this, “Some scars are deep, some within. Some are seen while some are hidden. The thing about scars is, they remind you of the past. The moments of suffering that you thought would forever last. But there’s more to these Goddamn scars. They are secrets hidden far away, just like the stars. It’s the truth which you don’t see with the naked eye, oblivious to the functioning of the world, a blatant lie. But hear me, there’s more to this scar, it talks also about the fight, the resilience and your invincible power.”

Listen to the complete poem here:

Tahira Kashyap often shares important information about health and fitness on her Instagram profile. A few weeks ago, Tahira Kashyap shared in a video that she was admitted to the ICU (Intensive Care Unit) after she suffered from bottle gourd toxicity. The author said that she has consumed bottle gourd juice even when it tasted bitter, causing her “blood pressure dropped to 40” and leading to “17 bouts of vomit”. She uploaded the video to spread awareness about bottle gourd toxicity and help prevent such mishaps among those watching.

On the work front, Tahira Kashyap recently directed a segment of Feels Like Ishq, an anthology on Netflix.  Ayushmann Khurrana and Tahira Kashyap have been married since 2008. They have two children.

The Market for Single-Family Rentals Grows as Homeownership Wanes 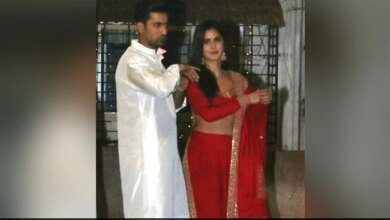 Did Katrina Kaif And Vicky Kaushal Get Engaged On Diwali? Roka Rumours Again 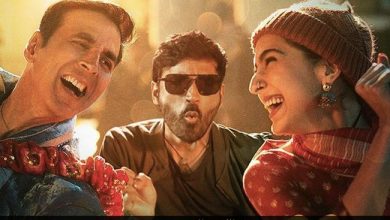 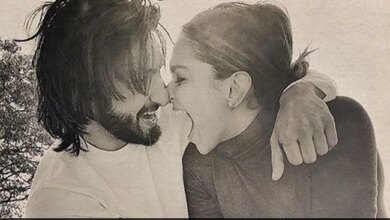 Aww, Deepika Padukone And Ranveer Singh, Why So Adorable? See Pics From Holiday In The Hills