Boston Bruins defenseman Brandon Carlo was taken to the hospital Friday night after a hard hit into the boards by Washington Capitals forward Tom Wilson.

The hit occurred with less than two minutes left in the first period as Carlo and Washington’s Jakub Vrana went for the puck behind the Bruins net. Carlo immediately grabbed his head after the check from Wilson and stayed down. He appeared dazed as he was helped off the ice to the dressing room.

No penalty was called on the play or during the ensuing scrum.

“Brando had his head down in the corner and (Wilson) took a liberty on a guy that was in a vulnerable spot,” Bruins forward Brad Marchand told NESN after Boston’s 5-1 win. “So that’s a (expletive) cheap shot there and we lost a great player.”

Bruins coach Bruce Cassidy said Carlo was taken by ambulance to the hospital.

“It clearly looked to me that he got him right in the head, a defenseless player, a predatory hit from a player (Wilson) that’s done that before,” Cassidy said.

“I saw the hit,” he said. “His feet were on the ice, he stayed down with everything. It just looked like a hard hit in the corner. Not exactly sure what happened, but to me, it looked like just a hit.”

Wilson has a history of suspensions, including one for 20 games for an illegal hit to the head of Oskar Sundqvist during the 2018-19 preseason. That was his fourth suspension in 105 games. The suspension was reduced to 14 games on appeal, and Wilson changed his style of checking afterward.

Bruins players talked to Wilson on the bench at the beginning of the second period.

A little more than six minutes into the second period, Boston’s Jarred Tinordi fought Wilson. Then early in the third period, Boston’s Trent Frederic started a fight with Wilson off a faceoff, receiving an instigator penalty.

The Bruins and Capitals were facing each other for the second consecutive game, and the first one was also very physical. Capitals star Alex Ovechkin was fined $5,000 for spearing Frederic in that contest. 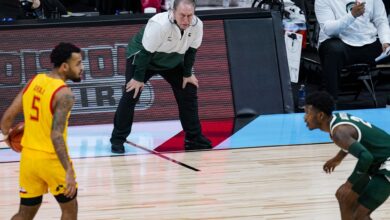 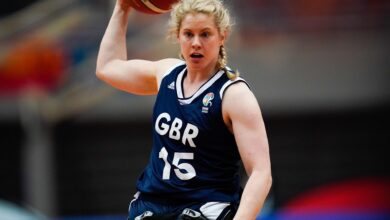 We’re going to be ready for Tokyo 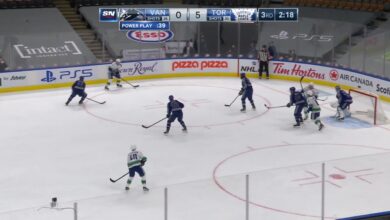 Bo Horvat with a Goal vs. Toronto Maple Leafs