The World Health Organization on Monday elevated the B.1.617 strain from a ‘variant to interest,’ to a ‘variant to concern,’ citing early studies suggesting increased transmissibility. Dr. Maria Van Kerkhove, WHO’s COVID-19 technical lead, said during a press conference that the B.1.617 variant appeared to spread more readily in preliminary studies released ahead of peer review. But there are still many unknowns around the impact on diagnostics, therapeutics, and vaccines, she noted.

Kerkhove said the agency needs much more information around the variant and its three sublineages, such as neutralization and any increased severity, through targeted sequencing. This information could help scientists understand the degree to which the variant is circulating in India and other countries.

Health agencies escalate or de-escalate variants as scientific evidence evolves, a CDC spokesperson said in a statement, adding that U.S. classifications of variants may not align with those of the WHO “since the importance of variants may differ by location.”

As of May 4, the CDC classified the strain and its several sublineages as a “variant of interest.” The Indian virus strains currently remain under this classification.

“Since the importance of variants may differ by location, CDC, in collaboration with the SIG [SARS-CoV-2 Interagency Group], is closely monitoring the emergence of the B.1.617 variant in the United States and this variant has been prioritized for characterization by the U.S. government to better understand the potential impact on available medical countermeasures, including vaccines, therapeutics, and diagnostics,” said Jade Fulce, CDC spokesperson, in an emailed statement.

“CDC and the SIG continually review the available scientific evidence as well as the genomic surveillance data to assess the classification of variants. On May 4, 2021, the B.1.617, B.1.617.1, B.1.617.2, and B.1.617.3 lineages were classified as variants of interests by CDC, in collaboration with the SIG, but variant status might escalate or deescalate based on scientific evidence.”

The B.1.617 variant has also been detected in the U.K. Public Health England last week cited evidence suggesting the variant is “at least as transmissible” as the U.K. B.1.1.7 variant, which is believed to spread 50% more easily than the ancestral strain.

As India grapples with a devastating coronavirus surge, health officials have said variants are but one factor contributing to the unexpected voracity of infections. K. Vijay Raghavan, the principal scientific advisor to the Indian government, said the second wave was due to a large proportion of the population vulnerable to infection, relaxed cautionary steps and potential reinfection, with the last being less common. Amid the skyrocketing surge, the country has allowed for mass religious gatherings and political rallies, all while abandoning public health measures meant to stop the spread.

How to get a government-paid discount on your broadband 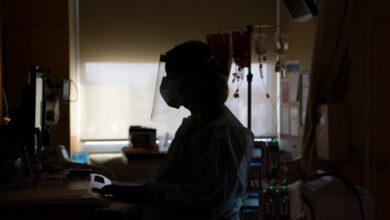