For Beyoncé superfans, Jawara Wauchope likely needs no introduction. The superstar hairstylist, who is also the senior beauty editor-at-large for i-D, a global styling ambassador for Dyson and a lead pro backstage at fashion week, was born in New York and started learning about hair while working in various family members’ salons in Jamaica. “Building my foundation in salons was really pivotal; it helped me with basic skills and taught me how to connect with people in a different way,” says Wauchope, adding that the speed and precision he learned with braiding in particular have undoubtedly helped him stand out in his current work.

Aside from Queen B herself, his client roster includes a slew of other A-listers, like Naomi Campbell, Rihanna and Bella Hadid. Whether they’re preparing for a major red-carpet moment or a high-profile editorial shoot, each client teaches Wauchope about his own personal style and how to approach each individual’s look, rather than vice versa, he says. It’s a lesson he learned early on while assisting industry icons such as Guido Palau and Sam McKnight.

Another part of developing his own voice and identifying what drives him most has been artistic expression. “One of my proudest moments is Tallawah, the exhibition I did about hair culture in Jamaica, [which took place in Kingston, Jamaica, and London, England],” he says. “I was able to not only show where I first got inspired and understood hairstyling as part of a culture but also showcase some of the beautiful talent and pride the country has when it comes to hair and makeup.” Wauchope is also working on a coffee-table book, scheduled for release early next year, that continues his narrative of “hair as art.”

Some of his favourite real-life art moments include his work with Solange Knowles on her 2018 Met Gala look, which featured a crown of braids. “I loved the thoughtfulness and wit behind her concept of using braids as a halo and connecting it back to African culture and Black culture—I think that was so smart,” he says. Of course, he also mentions his recent editorial with Beyoncé in British Vogue to mark the release of Renaissance, her seventh studio album, which many are calling her love letter to LGBTQIA2S+ communities and dance culture.

“This hair dryer has totally changed how many different hair types I can work on in one sitting just by switching up the attachment. The dispersion of the heat is amazing, so it’s very gentle on the hair. I’ve recently fallen in love with the fly-away attachment, especially when I’m trying to seal a really tight, pulled-back look.”

“This is a great edge-control formula for when you still want your hair to be functional and movable.”

“Everyone should use a mask once or twice a month; I don’t think you can over-mask if you have highly textured hair. I love the Moroccanoil masks. They are insane; I use them often.”

“I like to use this gel if I’m doing something really sculpted. I also use it with my favourite little baby-hair brush if I want the hair to be slicked back and hold through anything.”

“Fekkai has amazing shea butter products. I’m obsessed with this oil. You just apply it on the scalp after cleansing and rub it in as a pre-treatment before styling.”

“I’m always making my own formulas. We have a very close-knit family, and we exchange recipes, especially for certain oils that we make in Jamaica. I add fragrances to them and use them on the scalp and hairline and add them to shampoos. Maybe one day we’ll see them on the market.”

God of War Ragnarok Review: Better Than Its Predecessor, but Less Memorable

How to Get the God of War DualSense Controller 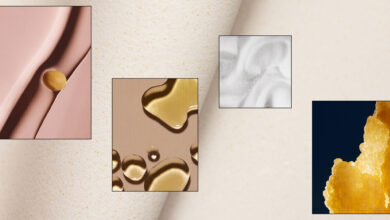 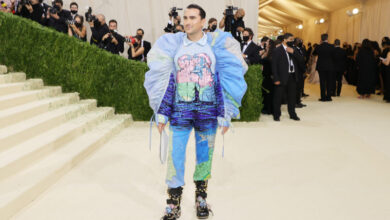 The 2021 Met Gala Was Full of Powerful Queer History 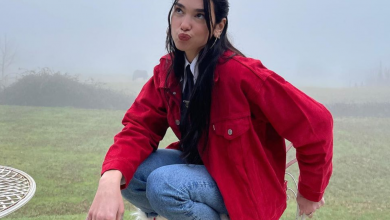 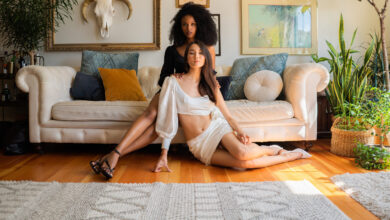