He was already looking toward the future. But first, he needed to subject himself to one more brutal reminder of Sunday night.

If Mahomes wants to make sure their 31-9 loss to Tampa Bay in the Super Bowl never happens again, he must study why it did.

“As of today, I’m gonna do whatever I can to look at the film and try to find ways to get better,” Mahomes said. “Obviously, with our offense and the success that we’ve had, when [defenses] see the defensive plan they had and how well it worked, they’re obviously going to try to do the same thing.”

Mahomes is correct. After all, you don’t hold the league’s No. 1 overall offense in DVOA without a touchdown without a brilliantly executed game plan, and Bucs defensive coordinator Todd Bowles certainly delivered.

For starters, the Bucs relied heavily on two-deep coverage — at incredible depth, no less — Sunday to take away the threat of the big play, which limited the vertical ability of speedster Tyreek Hill. From there, they played lots of zone on first and second down, all while using their front four to control the Chiefs’ too-absent run game and consistently generate pressure. Lastly on third downs, they mixed in some blitzes and stunts (which the Chiefs couldn’t pick up) while their speedy linebackers tracked down Mahomes on scrambles and shut off short passes.

Several teams have tried to copy this approach vs. Kansas City, with the 49ers actually doing a reasonable facsimile of that in last year’s Super Bowl. But the difference this time was the stunning amount of pressure the Bucs generated Sunday night, due in part to the unwillingness of head coach Andy Reid, offensive coordinator Eric Bieniemy and the Chiefs to make greater changes to accommodate a banged-up offensive line.

From the second play from scrimmage Sunday, when defensive end Shaq Barrett hit Mahomes, it was obvious the Chiefs couldn’t block the Bucs’ defensive line straight up. Mahomes was sacked three times and hit eight more, and allowed to be pressured on 29 of 56 dropbacks, the most in Super Bowl history according to ESPN.

“I think what our defensive line did last night was incredible,” Brady said Monday morning. “It’s very difficult, almost impossible to play quarterback under duress like that. That’s just the reality of football. You have a rhythm in your head of how a play should go or you know the rhythm of a certain play, and if that rhythm is thrown off from the snap of the ball, you’re just scrambling to make plays and Pat was doing everything he could to make a bunch of plays last night. He’s running around, reversing field, doubling back, tripling back, and then, you know, made some great throws.

“But in the end, you know, it’s tough to do that consistently and play on rhythm.”

Brady has had his share of nightmare games under duress, so he enjoyed the show from the opposite sideline.

“Just seeing the other quarterback work for passing yards is a great feeling,” Brady said. “I know when I feel in rhythm and I feel like, ‘OK, things are really clean, I’m seeing everything,’ it’s fun, it’s relatively easy. But when you feel like ‘God man, every play there for a 6-yard gain I’ve got to fire it in there and thread the needle between two guys’ … it’s tough to play football like that.”

Mahomes makes tough football look easier than anybody else. But while he’s normalized his ability to do the amazing, it’s fair to wonder if he should have been asked to as much as he was Sunday.

The Chiefs entered the Super Bowl with a backup starting at left tackle in Mike Remmers, and their starting right guard under normal circumstances (Andrew Wylie) was at right tackle. They were also facing one of the league’s most fearsome pass rushes, headlined by Barrett and Jason Pierre-Paul. It was obvious from the Bucs’ NFC championship game tape against Green Bay — when those two teamed up for five sacks, all on four-man pressures — the Chiefs would struggle to block them.

But instead, Kansas City stuck with the same approach it’s had all season: trying to win with speed in space. That gives the tackles little help beyond the occasional chips and doubles while relying on Mahomes’ magic to elude pass rushers and make second-reaction plays to get a numbers advantage. The Chiefs used five-man protections a staggering 92.3 percent of the time on Sunday according to Next Gen Stats, the third-most in a game since 2016.

It’s fair to wonder whether a philosophical tweak early on might have helped them stem the Bucs’ pass rush. Granted, running the ball more against the Bucs’ light boxes may have been a fool’s errand, given the run-stuffing prowess of Ndamukong Suh and Vita Vea up the middle. But on the few instances the Chiefs ran traditional run plays in the first half, the backup group looked salty and, most importantly, aggressive.

Perhaps a greater commitment would have allowed the line to assert itself physically and thus gain more confidence in passing situations. Hindsight is 20/20, but afterward, Reid did acknowledge they could have run more.

When asked Monday what it would have taken for the offense to click, Mahomes not only took responsibility for the Chiefs’ lack of execution but also offered an explanation for the game plan.

“First off, we want to be ourselves. We really hadn’t been stopped with what we had been doing all year long,” Mahomes said. “At the end of the day, we want to use our speed and use what we’ve been doing. I thought the guys did a good job, we just didn’t execute at a high-enough level, I wasn’t on the same page with the receivers on some plays. There were some plays where I got the line going in the wrong direction.

“A lot of times it gets put on that o-line because I’m scrambling around, but if we’re not executing as far as me making the right reads and getting the ball out of my hand to the receivers on time, then nothing’s going to work. So they get that blame sometimes, but it’s not deserved because, I mean, a lot of it’s on me and people just don’t see it that way.”

Mahomes’ propensity for taking deep drops didn’t help his tackles either, and he noted he has to do a better job adjusting to teams that play deep and rush with four. This style of defense is susceptible to short-to-intermediate passes, so long as he and his receivers are on the same page.

What Chiefs must do in offseason

But Mahomes could use more help too, from the coaching staff to the front office to his teammates. The o-line would have fared much better Sunday with Eric Fisher, the starting left tackle who was lost for the Super Bowl two weeks ago with an Achilles injury. But with the immediate health of he and Mitchell Schwartz in question, the Chiefs would be wise to invest in a veteran tackle in free agency, while adding long-term upgrades along the interior line in the draft.

Whatever they do there, it needs to be a priority. Because nights like Sunday, when a generational quarterback is made to look mortal due to blocking deficiencies, cannot happen ever again. Mahomes shows an incredibly high pain tolerance, but injuries eventually accumulate, and this is also a long-term play.

Provided the Chiefs successfully revamp their o-line, they’re still favorites to find themselves back in the Super Bowl. But until then, the lessons learned from Sunday’s nightmare loss will linger.

“We made too many mistakes, whether it was me calling the plays, putting guys in the right position, or right down the line as you go,” Reid said. “You make that many mistakes against a good football team — and they weren’t making as many mistakes — and you’re not going to win at this level. You’ve got to come into these games, you’ve got to be sharp.” 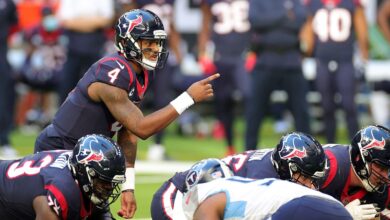 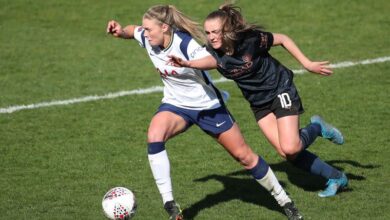 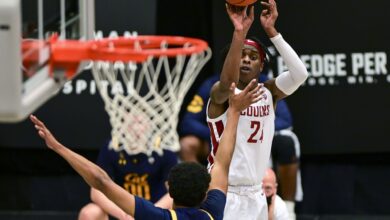 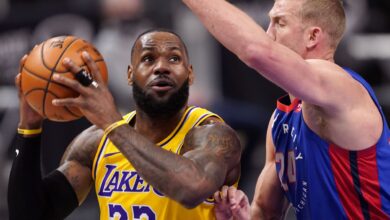