Weighing less than 6 pounds, a Chihuahua fits easily in the arms of his family. But don’t be fooled: He’s small only in stature, not personality. Chihuahuas are feisty, loyal, opinionated and (let’s just call it what it is!) rather full of themselves. Perhaps their pride today comes from their esteemed heritage. The Chihuahua’s predecessors, after all, were considered sacred.

Where did the Chihuahua come from

Although the stories of the breed’s beginning are cloudy, historians generally agree that the Chihuahua originated in what is now Mexico, possibly descended from ancient Techichi dogs. Renowned for serving sacred purposes and offering friendship, Chihuahuas were popular with the Aztecs; Montezuma II apparently had hundreds. Early Chihuahuas were venerated, sacrificed, mummified and buried with their owners. One of their supposed duties was to help deceased owners cross safely into the world of the dead. And while Aztecs may have held early Chihuahuas in esteem, they also may have eaten some. Eek!

How to train a Chihuahua

These days, most Chihuahuas retain their ancestral lofty air and tend to believe they’re the star of the family. Although a Toy breed, the Chihuahua has a terrier-esque personality: He’s self-assured, self-governing, spirited and sometimes reckless. He often reserves his affection for one special person. Most Chihuahuas certainly won’t run up bouncing and slobbering kisses on strangers.

The strong-willed and spirited Chihuahua requires extensive socialization and training.  The biggest obstacle to the Chihuahua’s training is the human misconception that he can’t be trained or that he’s too hard to train. Some people also may mistakenly believe that it’s not necessary to train such a little dog. Untrained, ill-behaved Chihuahuas contribute to the breed’s reputation that they’re angry, aggressive, biters or barkers. A well-trained, socialized Chihuahua is thus a valuable breed ambassador to discredit this reputation.

Chihuahuas can excel in obedience, rally, freestyle and agility. Of course, training this breed requires patience, humor and loads of incentivizing treats. He’s not, after all, a working dog with an I’ll do whatever you ask attitude. Owners need to add variety to keep the dog focused and let him believe he’s leading the training sessions.

Because of his size and height, teaching a Chihuahua to walk on a leash can be challenging. A very light leash and collar (or usually a harness), as well as a soft hand, are important. Although he only needs moderate exercise, daily walks keep the Chihuahua healthy and content. And simply because he fits in a purse or a pack doesn’t mean he should be carried all day. Walks offer exercise, but also provide opportunities for the dog to politely interact with outsiders. Wide-ranging socialization will mitigate his naturally skeptical disposition.

With other animals in the family, Chihuahuas generally like being the supervisor. Many Chihuahuas tolerate cats, but that’s not a given.

How much exercise does a Chihuahua need?

The Chihuahua’s moderate activity requirement works well for families living in apartments. The dog breed also suits older, less-active adults. Short walks, fetch sessions or indoor games can tire out a Chihuahua and then he’s ready to go back to cuddling.

The breed’s size makes him an easy travel companion. They take up little room in a car, and they also fit in under-the-seat airplane dog carriers. There are only a handful of dog breeds so portable!

How much does a Chihuahua weigh?

Chihuahuas are small dogs, weighing less than 6 pounds. Here are some facts about the Chihuahua’s size and appearance:

Why does my Chihuahua shake?

If a Chihuahua is shaking, he could be cold. The breed is sensitive to cold weather and may need a coat to keep warm in winter. But Chihuahuas also may tremble when feeling excited, uncomfortable or fearful. A well-socialized Chihuahua who’s experienced many situations and met many new people may shiver with anxiety less than a sheltered Chihuahua. Of course, shaking can occur along with various medical conditions, so owners need to discuss their dogs’ shaking with their veterinarians.

How much does a Chihuahua eat?

The Chihuahua dog breed is named for the Mexican state of Chihuahua, the largest (by area) state in Mexico. The Chihuahua is one of the most misspelled dog breed names. In English, it’s typically pronounced “Chee–wa- wuh.”

Sizes: A Chihuahua isn’t properly classified as Pocket Size, Micro, Tiny Toy, Teacup or Miniature. Some Chihuahuas are simply smaller than others.

Tails: Tails are carried in a sickle (open curve) or in a loop over the back. Long-coated Chihuahuas have pluming and feathering on tails.

Special equipment: Perhaps a harness (rather than a collar) and a very light leash. Sweaters and coats in winter.

Breed quote if they had one: “Throw sass like confetti!”

Xbox Game Pass vs. Buying the Game: What's Cheaper? We Do the Math

What Are the Best Indoor Pet Cameras – Dogster 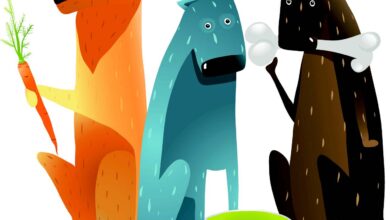 How Heavy Should My Dog Be? – Dogster