China unveiled a road map for cementing its rise in a post-Covid world as it opened one of its biggest political events of the year on Friday, casting its success against the coronavirus as evidence of the superiority of its top-down leadership while warning of threats at home and abroad.

The tightly scripted political pageant that is the annual meeting of China’s rubber-stamp legislature, the National People’s Congress, is largely ceremonial. But the gathering offers a glimpse into the priorities of China’s leaders and their vision for the future.

The message on Friday was one of optimism about the strength of its economy and the solidarity of its people, and of struggle against an array of challenges: a hostile global environment, demographic crises at home and resistance to its rule of Hong Kong.

Here’s what you need to know.

A Strengthened Grip on Hong Kong

On Friday, Beijing moved to choke off any vestiges of that movement by unveiling an overhaul of the territory’s election laws to ensure a system of “patriots governing Hong Kong.” The changes would make it exceedingly difficult for democracy advocates to even run for office.

According to the plan, the Basic Law, Hong Kong’s mini-Constitution, will be amended to change the process of selecting the territory’s chief executive and the legislature. A revamped Election Committee will be given the task of helping to choose the candidates for the legislature.

The changes will amount to a new electoral process with “Hong Kong characteristics,” Wang Chen, a Politburo member who specializes in legal matters, said in a speech. The process will also be more firmly than ever under Beijing’s control.

Hong Kong, a former British colony, was returned to Chinese rule in 1997 on the promise that it would be accorded a high degree of autonomy for 50 years. But “Beijing’s full grip on power in Hong Kong may happen well before 2047,” said Diana Fu, an associate professor of political science at the University of Toronto.

Xi’s Vision for China After the Pandemic

The government promised economic growth of “over 6 percent,” a relatively modest target by the standards of China’s pre-pandemic expansion but a big turnabout from last year and a signal of its commitment to keeping the world’s second-largest economy humming.

The forecast indicates that China expects a strong rebound after the pandemic brought the country’s economy to a standstill for several months last year. China ultimately recorded growth of 2.3 percent in 2020, its lowest rate in years, but its stringent measures against the coronavirus allowed it to reopen its economy while competitors like the United States and the European Union remained hobbled.

“Our people worked hard and fought adversity in close solidarity and with the unyielding spirit of the Chinese nation, thus proving themselves true heroes,” Li Keqiang, China’s premier, said in announcing the target. “This is the well of strength that enables us to rise to every challenge and overcome every difficulty.

The emphasis on triumph in the face of difficulty reflects a recent effort by Xi Jinping, China’s top leader, to strike a balance as he seeks to steer the country through what the ruling Communist Party sees as a time of great risk and opportunity.

As countries continue to grapple with the pandemic, the party has drilled down on the message that China’s political model of strong, centralized leadership is superior to the chaos of liberal democracies.

Strengthening that message will be a major focus for Mr. Xi as he looks ahead to two important political events. In July, the party will celebrate the centenary of its founding. Then, in 2023, Mr. Xi is widely expected to take up a third presidential term, following his push in 2018 to scrap constitutional term limits.

“This is all part of the slow progression toward raising up his own personal profile as the person who is going to lead the Chinese Communist Party into its second century,” said Carl Minzner, a professor of Chinese law and politics at Fordham University in New York. “It’s about raising him up to a position close to that of Mao.”

As China’s rivalry over science and technology with the United States and other countries remains at a boil, Beijing is digging deep into its pockets in a bid for victory.

To achieve “innovation-driven development” and “high quality” growth, the government announced that its spending on research and development would increase by more than 7 percent every year over the next five years. Spending on basic research will also increase by 10.6 percent in 2021, it said.

Just over a year after the coronavirus first emerged in the central Chinese city of Wuhan, Beijing also pledged to increase resources to guard against emerging infectious diseases and biosafety risks.

To reduce the country’s dependence on the outside world, the government said it would focus on a number of cutting-edge technologies, including next-generation artificial intelligence, quantum information, neuroscience, semiconductors, genetic research and biotechnology, advanced clinical medicine and health care, and deep-space, deep-sea and polar exploration.

China’s military budget is set to rise by around 6.9 percent this year, a slight increase from last year. As overall government spending is projected to decline slightly, the People’s Liberation Army is still being funded robustly.

The spending increases over the past two decades, which have given China the world’s second-largest military budget today, have paid for a modernization and expansion program aimed at challenging American military dominance in the Pacific, especially in the South China Sea and around Taiwan.

Under Mr. Xi, China has vastly expanded its missile capabilities and embarked on a modernization of its strategic nuclear forces. The Chinese navy has grown rapidly, as well, and is now larger, numerically, than the American fleet.

The government addressed concerns about China’s aging population and shrinking labor force by announcing pension reforms and gradual changes to the official retirement age, which for four decades has mostly remained at around 60 for men and 55 for women.

Declining birth and marriage rates and rising divorce rates have stirred fears among policymakers about the decline of the traditional family unit, which is seen as crucial for promoting social stability and economic growth.

On Friday, the government announced plans to build a system to support “family development” and strengthen marriage and family counseling services. It also pledged to deepen implementation of a 2016 anti-domestic violence law, improve child care services and eliminate gender discrimination in employment.

Beijing also made clear its intention to push ahead with efforts to assimilate, or “sinicize,” the country’s many ethnic and religious minorities, despite growing global pushback against its crackdown on Uighurs and other Muslim peoples in the western region of Xinjiang.

“Fully implement the party’s basic policy on religious work,” read a draft of the five-year plan. “Continue to pursue the sinicization of China’s religions and actively guide religions so that they can be compatible with socialist society.” 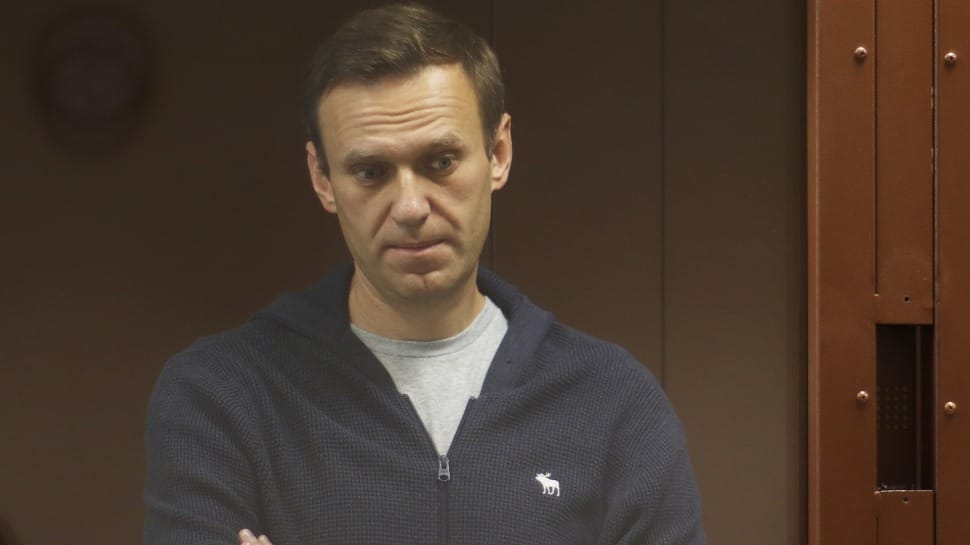 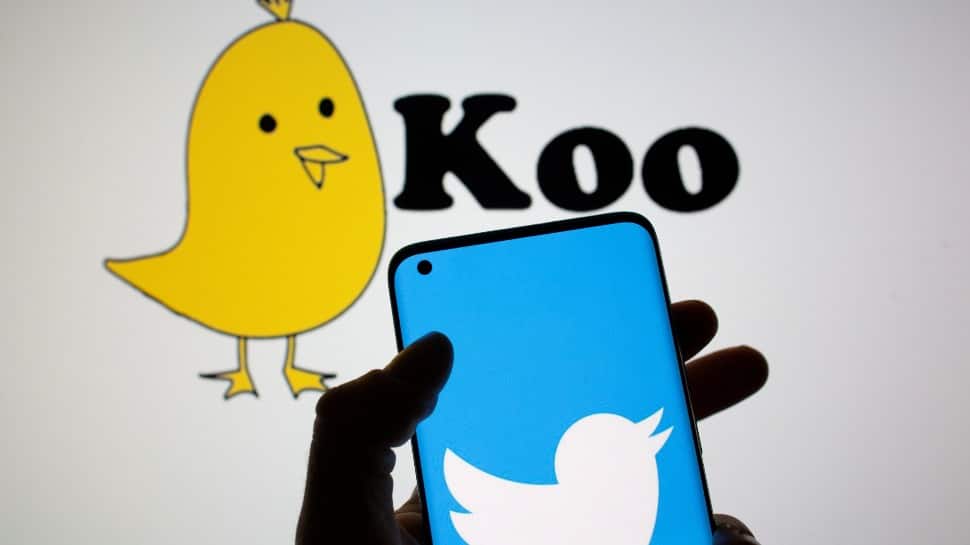 ‘From India, for the world’: Centre replies to Twitter as officials switch to ‘Koo’ app 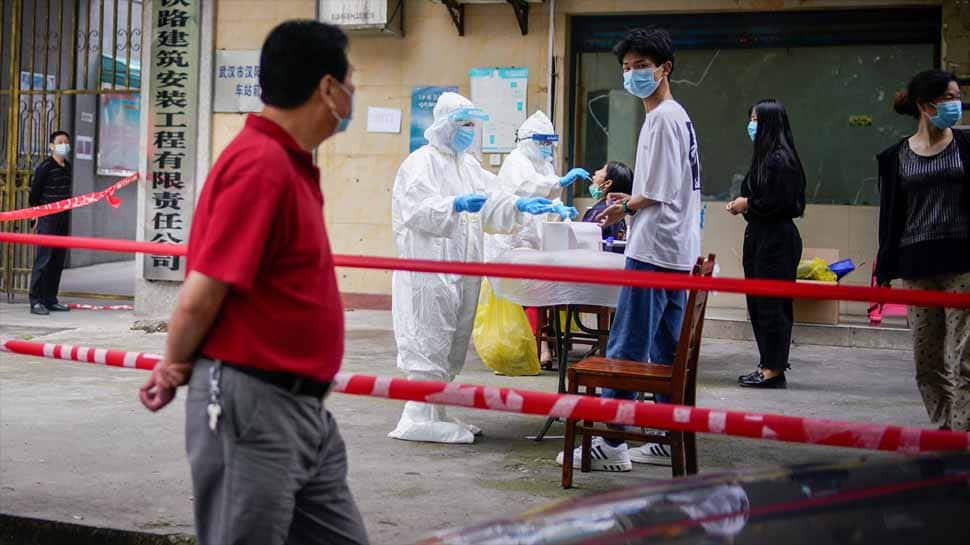