The idea of college as a fundamental political division in the U.S. has prompted a great deal of handwringing in the academic world over the past six years. On Tuesday, a high-stakes midterm election will play out with college in the backdrop once again.

In 2020, 56 percent of college-educated voters supported Democrats, a share that grew slightly from 2016. And 56 percent of voters with a high-school education or less supported Republicans.

Before 2016, a majority of people from both political parties had positive perceptions of colleges. Starting that year, 72 percent of Democrats maintained this view, but only 43 percent of Republicans did.

What’s behind the divide, however, is more complicated — as The Chronicle wrote in 2020.

Here’s what the most recent data tell us.

A 2022 survey by New America found that 73 percent of Democrats believe that colleges have a positive effect on the nation. Only 37 percent of Republicans said the same. Among all Americans, the proportion who believe higher ed is leading the country in a positive direction has dropped by 14 percentage points, to 55 percent, since 2020.

Americans across the political spectrum agree that a college degree is valuable to an individual, and both Democrats and Republicans have expressed concerns about the rising cost of higher education. But they remain divided on who should pay for it. Among Republicans, 63 percent say students should pay for their degrees. That’s compared to 77 percent of Democrats who say the government should fund higher education, according to the New America report.

An earlier survey from the Pew Research Center also charted dwindling support for higher education. The survey found that in 2019, 38 percent of American adults believed colleges were having a negative effect on the country, up from 26 percent in 2012. That shift came almost entirely from Republicans and independents who lean Republican, while Democrats’ views remained stable.

At the center of the divide are white voters. Most white voters with less education voted for Republicans in 2016. But a majority of white voters with higher levels of education favored Democrats, a shift from most past elections. The divide has become more stark across gender: A Wall Street Journal/NBC News poll in 2018 found the widest gap between white, college-educated women, who preferred a majority-Democrat Congress, and white men without degrees, who preferred a majority-Republican one.

There’s a new book that cuts to the heart of the divide over college: After the Ivory Tower Falls: How College Broke the American Dream and Blew Up Our Politics — and How to Fix It (HarperCollins, 2022), written by Will Bunch, a Pulitzer-Prize-winning journalist. In the book, Bunch argues that higher ed is a key source of modern-day resentment that has seeped into Republican politics.

Higher ed is a key source of modern-day resentment that has seeped into Republican politics.

Last week, during a session at the Chronicle Festival, Bunch zeroed in on a key question driving his work: “Why do people in the working class have these attitudes towards people with college diplomas?”

Following World War II, higher ed was generally seen as a public good across the board, Bunch said. That began to change during the civil-rights movement in the 1960s, which spurred campus protests and pressured colleges to increase access for women and people of color. In the 1970s, Ronald Reagan, then governor of California, began touting the idea that colleges were liberal indoctrination factories, adding fuel to a burgeoning conservative backlash.

Today, Bunch said, college is roiled by a student-debt crisis, a decline in federal and state funding, and a perception among many people who didn’t earn degrees — some of whom live just a stone’s throw from their local college — that institutions are wildly out of touch.

Bunch suggested that colleges help engineer a system “that’s maybe a little bit less obsessed with creating winners and losers” — in other words, a shift away from meritocracy and toward opportunity.

What else is contributing to the political rift over college? Research has suggested that a college degree, especially one in the social sciences, could mediate one’s beliefs about race and gender in a way that makes people less likely to vote for Republican candidates.

This dynamic was highlighted during the 2016 election, which was marked “by exceptionally explicit rhetoric on race and gender,” according to a paper authored by Tatishe M. Nteta, an associate professor of political science at the University of Massachusetts at Amherst. The paper found that people with college degrees were less likely to express negative views of racial groups than people without degrees.

Republicans and Democrats agree that colleges in rural areas are major employers in these regions. But people in “rural and Rust Belt America” — areas that have steadfastly voted Republican over the years — “have viewed higher education as an otherworld, whose mores and demographics are at odds with their way of life,” David Scobey wrote for The Chronicle in 2019. Scobey is director of Bringing Theory to Practice, a national project aimed at increasing civic engagement.

There are areas of common ground when it comes to higher ed, though.

In an Era of College Mergers, Why Is One Large Public University Splitting? 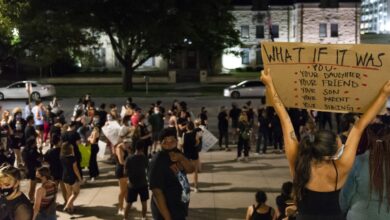 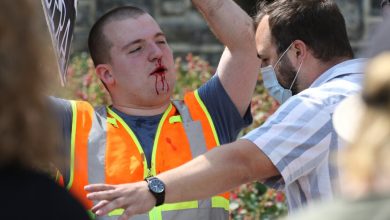 The Professor and the Protester 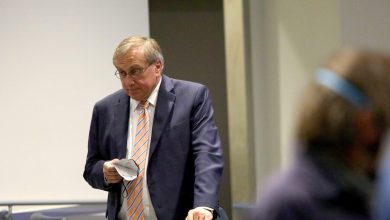 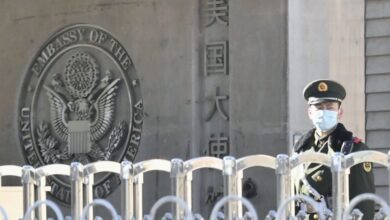