As refrigerated trucks arrive at states across the country, funeral homes say they are turning families away.

As of mid-January, Los Angeles County had nearly 1 million cases of COVID-19 and of those, more than 13,000 had died.

The deaths are taking a toll on the healthcare system and funeral homes that are at capacity and unable to take on new cases.

“A grieving family’s first question when they call a funeral home shouldn’t be ‘do you guys have room,’ ” Hugo Sanchez with Optima Funeral Home said.

Before the COVID-19 Pandemic, Optima Funeral Home in Los Angeles said it was hosting about 35 funerals a month. As of December, that number had more than tripled.

Funeral homes across the country turning grieving families away as they reach capacity in morgues.

“This last month was the busiest for us with a total of 150 cases,” Sanchez said. “We were able to handle it in November because we had about 50 cases, but then December jumped up.”

California alone has had more nearly 3 million cases of COVID-19 as of Jan. 15 and more than 32,000 people have died. The climbing death toll continues to stress an already struggling funeral industry.

Sanchez said the funeral home is now dealing with the holiday surge.

“What we are seeing right now is the aftermath of all of these holidays. We are seeing the Thanksgiving and the Christmas aftermath,” Sanchez said. “I worry we will be getting the wave from the New Year soon.”

Optima Funeral Home is turning away families due to the number of deaths in the state.

California is bringing in refrigerated trailers for bodies and it is not alone. Several other states including Texas are doing the same.

A Texas funeral home group is up 300 percent due to the COVID-19 Pandemic.

Reese Taylor works for the Kerrville Funeral Home Brand, which has three funeral homes in the Lone Star State. The caseload across the homes has gone up 300 percent in the last six months.

“We were used to doing between the three about 50 funerals a month, now we are doing about 80, 90, even 100,” Taylor said. “Our funeral home in west Texas has been 90 percent COVID-19 related passings. Here in the hill country, I would say bout 30-40 percent have been COVID-related.”

Funeral home staff in some cases are working 12 to 16 hour days to meet the demand.

“We haven’t had a day off in the last six, seven or eight months,” Taylor said. “I barely can remember how long it’s been.”

A Texas funeral home has filled up more than half its morgue space due to COVID019 surge.

Taylor added their funeral homes have not had to turn people away at this point, but they have been at more than half of their capacity at times.

“We haven’t had to turn anyone away yet, but we have had to set services two to three weeks out and that’s just due to the sheer volume of people passing away,” Taylor said.

Meanwhile, deaths from the virus are also hitting close to home.

“My grandma actually passed away from COVID-19 and it’s been really tough,” Taylor said. “Last week, we laid her to rest with a small funeral and we made it through it the best we could.”

Taylor added that his own experience gave him insight into what families are going through when they come through his doors for help.

“You have someone you love and they pass away from this, you really start to feel what these families are dealing with and it’s not a joke.”

The State of Texas is trailing California with nearly more than 31,000 deaths to COVID-19 as of Jan. 15. The state has had more than 2 million cases since the start of the pandemic.

Meanwhile, the state is moving quickly on vaccinations, becoming the first to administer 1 million doses as of Jan.14, according to the Centers for Disease Control and Prevention.

Bird Flu: Can You Eat Chicken And Eggs? How to Handle Raw Meat? Expert Tips 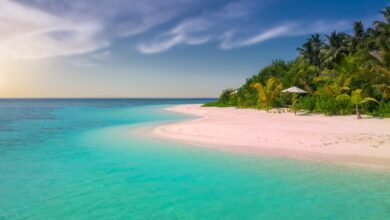 21 Must-See Destinations in Trinidad, Curacao, Aruba, and The Dominican Republic 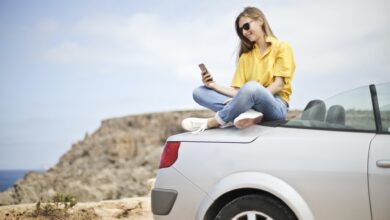 5 Things to Know About Car Insurance on a Road Trip 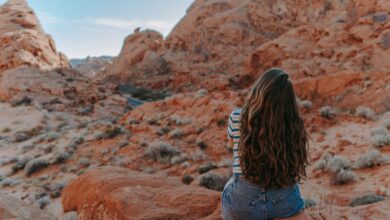 5 Different US Regions You Might Want to Visit While Traveling 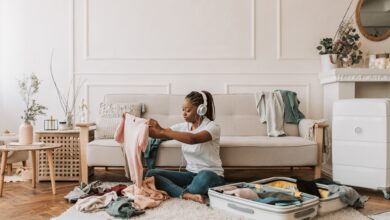 Straightforward Tips To Simplify Packing For Your Next Business Trip