(Reuters) – The Super Bowl typically creates a legal gambling frenzy in Nevada but fewer tourists in the Western state due to COVID-19 will likely keep wagers from setting a record despite Sunday’s mouthwatering matchup.

Plenty of money is still expected to be wagered in Nevada ahead of the Super Bowl showdown between the defending champion Kansas City Chiefs and host Tampa Bay Buccaneers – but topping the record $158.6 million handle, or total amount of bets, set in 2018 is unlikely.

“In Nevada, (the) Super Bowl handle is driven by visitation dollars, and Las Vegas, along with other areas across the state, are destination markets for customers to come and wager on the game,” Mike Lawton, senior research analyst for the Nevada Gaming Control Board said in an email.

Lawton also said that, due to the capacity limits sportsbooks are required to comply with because of the pandemic, “we estimate that betting totals will be softer when compared to amounts recorded over the last few years in spite of a great matchup.”

Last year, sports bettors wagered $154.7 million in Nevada on the Super Bowl that pitted the Chiefs against the San Francisco 49ers. That was 6% above the 2019 championship game and 2.5% below the record $158.6 million wagered in the previous year.

The Chiefs, led by dynamic 25-year-old quarterback Patrick Mahomes, are vying to become the National Football League’s first repeat champion in 16 years. On the other side, Bucs veteran quarterback Tom Brady, 43, is seeking a record-extending seventh Super Bowl championship.

The impact of COVID-19 on Super Bowl bets this year is expected to be felt across the United States, according to a recent survey by the American Gaming Association (AGA) industry group.

The AGA forecast $4.3 billion will be wagered on the NFL’s championship game, down nearly 37% from last year, a drop attributed to pandemic restrictions at retail sportsbook operations and fewer casual bets in office pools or social settings.

But the pandemic has boosted online and phone betting. Among Super Bowl bettors, a record 7.6 million will place wagers on online sportsbooks this year, up 63 percent year-over-year, the AGA said. And phone betting has accounted for 82% of all legal sports betting nationwide during the crisis, according to the group.

Aside from the more traditional bets, gamblers can take a chance on proposition bets, such as the outcome of the coin toss before the game, deciding which team will score first, and what color liquid will be poured on the winning coach.

Among some of the more unique proposition bets offered are how many times Brady’s supermodel wife Gisele Bundchen will be shown during the broadcast and which coach will lower their protective mask first and expose their nostrils.

(Reporting by Frank Pingue in Toronto; editing by Jonathan Oatis) 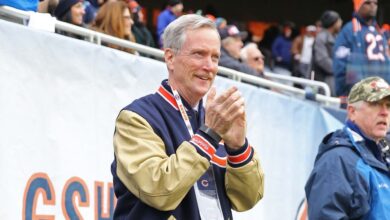 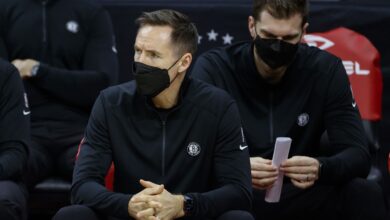 Steve Nash not feeling the pressure of Nets gig yet 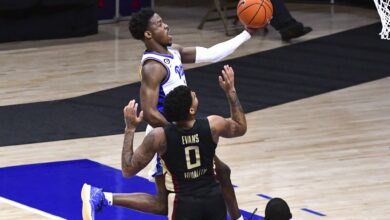 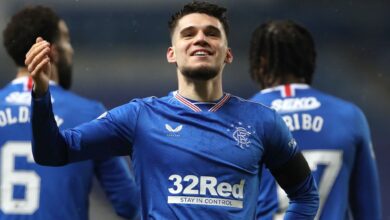