Despite the promise of free tuition, food, beer and even $1 million cash prizes, vaccine lottery incentives were not associated with an increase in COVID-19 shots, a new study claims. The Boston University School of Medicine (BUSM) research team focused on Ohio’s “Vax-a-Million” lottery scheme, which was a source of inspiration for other states seeking to address lagging vaccination rates.

The team used data from the Centers for Disease Control and Prevention (CDC) to evaluate trends in vaccination rates among adults 18 and older. They compared the dates before and after the Ohio lottery to other states that had not yet launched giveaway incentives. The states without such programs or so-called lotteries acted as the control, which allowed the team to account for other factors, such as expanded eligibility to younger teens, according to a news release.

Ohio’s lottery system was announced May 12, which was the same day CDC Director Dr. Rochelle Walensky adopted an advisory committee’s recommendation to roll out the Pfizer-BioNTech COVID-19 vaccine in teens ages 12-15, two days after the FDA had expanded the shot’s emergency-use authorization to include younger teens.

The research team, which published its findings online in the Journal of the American Medical Association, analyzed data from April 15-May 12, 2021, and May 13-June 9, 2021. Between April 15 and June 9, the team found the daily vaccination rate among adults declined from 485 per 100,000 to 101 per 100,000 people in Ohio, and from 700 per 100,000 to 97 per 100,000 people in states without lottery incentives. Both Ohio and the rest of the U.S. experienced significant declines in vaccination rates prior to the May 12 lottery announcement, but the researchers noted that after it launched adult vaccination rates did not significantly increase in either Ohio or the rest of the U.S.

“Our results suggest that state-based lotteries are of limited value in increasing vaccine uptake,” said Dr. Allan J. Walkey, a corresponding author and professor of medicine at BUSM. “Therefore, the resources devoted to vaccine lotteries may be more successfully invested in programs that target underlying reasons for vaccine hesitancy and low vaccine uptake.”

The study authors noted that the findings are limited by the accuracy of CDC data, but said more focus should be put on programs that do successfully impact vaccine uptake. 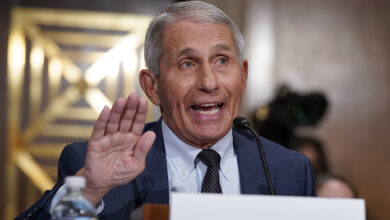 Fauci warns latest COVID-19 wave is ‘going to get worse’ 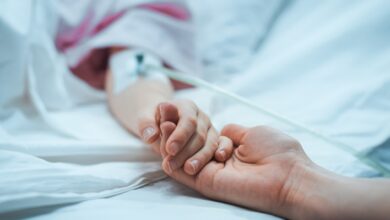 From Biryani To Butter Naan: The Masala Story Is A One-Stop Destination For All Your Indian Cuisine Cravings