Editor’s note: The study described in this story was published in the American Journal of Obstetrics and Gynecology (AJOG) on March 25. The original story was based on the preprint and published on March 18.

The Moderna and Pfizer COVID-19 vaccines trigger strong immune responses in pregnant and breastfeeding women, equivalent to that of other women of reproductive age, preliminary research shows.

The data also suggests that the vaccines are equally safe in all women of reproductive age, and that they likely offer at least some protection to fetuses through the placenta, and to newborns through breast milk.

That said, the study, posted March 8 to the preprint database medRxiv, has not been peer-reviewed and included a relatively small group of participants; a total of 131 vaccinated women participated in the study, including 84 pregnant, 31 breastfeeding and 16 non-pregnant women. For comparison, the study authors also analyzed banked blood samples from 37 women infected with COVID-19 during pregnancy.

“This is preliminary evidence … but from the results that are presented, vaccines work well in pregnant and lactating women, and similar to non-pregnant persons, and better than natural immunity [immunity gained from catching the virus itself]”, said Dr. Denise Jamieson, the chair of the Department of Gynecology and Obstetrics at Emory University School of Medicine, who was not involved in the study.

These results align with data presented in other preliminary studies, as well as a recent report by the Centers for Disease Control and Prevention (CDC), which is monitoring for vaccine-related side effects through its v-safe smartphone app and has a specific registry for pregnant people, Jamieson added.

Scientists suspected that COVID-19 vaccines would be safe and effective in pregnant and breastfeeding people, but they lacked hard data because these demographics were excluded from vaccine trials, Live Science previously reported. The new study is an important “first step” to confirming the positive results that scientists anticipated, said Dr. Stephanie Gaw, an assistant professor of obstetrics, gynecology and reproductive sciences at the University of California, San Francisco, who was not involved in the study.

The new research only considered the Moderna and Pfizer vaccines because those were the only COVID-19 shots authorized for emergency use at the time of the study. Both vaccines contain mRNA, a type of genetic material that encodes instructions for cells to build proteins.

Once inside the body, the mRNA instructs cells to build spike proteins, a structure that sticks out of the coronavirus. The immune system learns to recognize the spike and destroy the attached virus. The mRNA then quickly degrades, remaining in the body for a few days, at most, according to Horizon, the European Commission’s research magazine.

Not all the COVID-19 vaccines use mRNA; for instance, the Johnson & Johnson shot contains a modified common cold virus. Future studies will need to assess non-mRNA vaccines in pregnant people, but for now, the new study offers tentative “good news” for the Moderna and Pfizer shots, Jamieson said.

The study participants provided blood samples at the time of their first and second vaccine doses, and then again two to six weeks after their second dose. Those who gave birth during the study also provided a sample at the time of delivery. The researchers screened these blood samples for SARS-CoV-2 antibodies, molecules that bind to the coronavirus and mark it for destruction.

“Strikingly higher levels of SARS-CoV-2 antibodies were observed in all vaccinated women compared to pregnant women with natural infection,” the study authors wrote.

Of the pregnant participants, 13 gave birth during the study period, and the study authors were able to analyze umbilical cord blood from 10 of them. All 10 umbilical cord samples contained vaccine-generated antibodies, suggesting that immune protection against SARS-CoV-2 had passed from the mothers to their infants.

All the breast milk samples collected after vaccination also tested positive for antibodies. After the second shot, a type of antibody called immunoglobulin G, or IgG, significantly increased within the milk. At this point, it’s unknown how much protection these antibodies offer newborns or how long that protection will last, but this study sets a starting point for investigation, Gaw said.

All women in the study experienced similar types of side effects, such as headache, soreness and rashes at the injection site. They also experienced these side effects at similar rates, regardless of whether they were pregnant, breastfeeding or neither.

A subset of women in each group experienced fever and chills, most commonly after their second vaccine dose. This included about one-third of the pregnant group, highlighting that those who receive the vaccines in pregnancy should monitor for this side effect, the study authors noted.

Fevers — particularly long-lived, high-grade fevers — have been associated with a heightened risk of miscarriage and certain birth defects, Gaw said. High-grade fevers in the first trimester pose the most significant risk, but “a low-grade fever is probably of little consequence, especially a short-lived one,” she said.

While the new study suggests that the vaccines work well in pregnant women and breastfeeding moms, the researchers did not explore potential risks to the fetus, the study authors wrote.

Theoretically, it would be concerning if mRNA from the vaccine reached the placenta and caused inflammation of the tissue, Gaw said. Alternatively, the mRNA could also spark an immune reaction in the fetus if it crossed the placenta, she said. Because the mRNA degrades so quickly, though, it’s unlikely that any meaningful amount reaches the placenta, Live Science previously reported. In any case, Gaw and her colleagues plan to study inflammation in vaccinated mothers and babies after birth to address this potential risk.

There’s also a question of whether mRNA could pass through the breast milk. Gaw and her colleagues conducted a small study of six vaccinated individuals and found no mRNA in their breast milk; the study, posted March 8 to medRxiv, has not been peer-reviewed, but hints that this shouldn’t be a problem.

Looking ahead, scientists also need to determine whether pregnancy outcomes are similar between vaccinated and unvaccinated women,  Jamieson said.

“The CDC is rapidly gathering that information through v-safe,” she noted. As of mid-March, more than 30,000 pregnant women had received either the Moderna or Pfizer vaccine and had registered with v-safe, according to Medscape Medical News. Of those, 275 have since completed their pregnancies, and within that group, the rate of complications, such as miscarraige, still birth and preeclampsia, was no higher than what’s seen in the general population.

“It was all very reassuring, but we need more information,” Jamieson said.

In general, research suggests that pregnancy may increase the risk of severe COVID-19, ICU admission, need for ventilation and death from the virus, according to the American College of Obstetricians and Gynecologists (ACOG). Given what we know so far, pregnant women at high risk of exposure to the virus should seriously consider the vaccine, Gaw said.

This would include health care workers, in particular, as well as other essential workers and teachers, she said. But if a pregnant person is able to minimize their risk of COVID-19 exposure through physical distancing, they could opt to wait to get the vaccine after more data comes out, she said. Future studies could also hint at which stage of pregnancy would be best for vaccination, especially in terms of maximizing protection for the newborn, she added.

Denise Richards Has Ignored Me Since ‘RHOBH’ 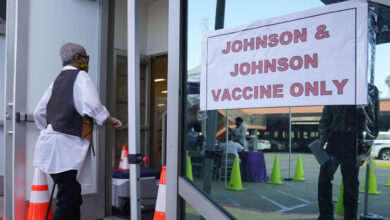 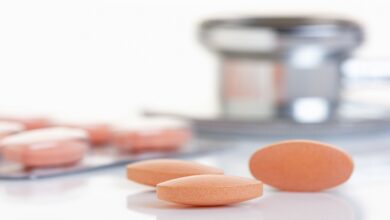 California boy with cystic fibrosis also battling coronavirus: ‘He doesn’t let anything get him down’